Background: Skipping breakfast is related to adverse effects on class attendance, academic performance, emotional status and mood especially in the age of childhood and adolescent.

Aims and objectives: A cross-sectional study was designed to find out the correlation between Skipping breakfast and its effects on the emotional and academic behaviour of a group of medical students.

Materials and methods: A cross-sectional survey was carried out among 100 medical students of first Professional MBBS at Princes Nourah Bint Abdulrahman Women University, Riyadh, Saudi Arabia. The study was based on a questionnaire and Students were divided into two groups based on those who took breakfast frequently (Group 1) and those who skip breakfast (Group 2). The questionnaire consisted of two parts. The first part of the questionnaire was based on the details of the type of breakfast and the reasons for of skipping breakfast while the second part included aspects of negative feelings and general academic performance of students.

Results: Factors associated with skipping breakfast in a group of Medical students showed that 40% usually take breakfast after 1-2 lectures. The remaining 60% only take lunch. The reasons for skipping breakfast generally included getting up late, not being hungry enough or not liking the food. Most of the breakfast skippers take food alone or with friends and their negative emotional status was significantly higher. Academic performance of students who eat breakfast was significantly high.

Conclusion: It is concluded that breakfast plays a significant role in the proper nutrition of students and has a high impact on behaviour and academic performance.

Nutrients and energy during the day are necessary, and breakfast is taken as a significant dietary source for energy [1]. In students, the consumption of breakfast is proportional to many positive outcomes including; regular attendance and maintenance of body weight [2]. Additionally, all types of positive effects like enthusiasm, interest, energy level, mental alertness, joy, and will power increase sharply in the morning to noon period is and more prominent in regular breakfast eaters [3]. Breakfast also enhances the ability to focus and reduces failures in attention and cognition during the day especially in the case of multifaceted visual jobs [4].

According to some surveys, about 18-25% of adults, 1, and ~36% of adolescents skip breakfast “critical meal of the day [5,6]. Adolescence is a period of extreme physical, cognitive and psychosocial development therefore; there is a need of a balanced diet during period [7]. There is an increased prevalence of skipping breakfast observed in age < 25 year and this decrease with the increase in age [8]. The research proposes that adolescent have poor eating habits like skipping breakfast and taking snacks usually in mid-morning [9]. Skipping breakfast may have grave health problems as it is reported that there is an increased risk of heart disease in people who regularly skip breakfast [10].

Skipping breakfast is related to adverse effects on class attendance, academic performance, emotional status and mood especially in the ages of childhood and adolescence [11]. Additionally skipping breakfast may reduce body energy for the duration of the day and it is difficult to compensate for this morning energy by taking nutrients for the rest of the day. It is observed that breakfast skippers begin to ingest a diet higher in fats and have reduced intakes of vitamins and minerals in comparison to breakfast consumers, thereby enhancing the chances of getting gastrointestinal disease later in life [12]. Skipping breakfast means a decrease in carbohydrates in morning hours, which results in a low level of blood sugar (a good energy source). This may affect the ability to focus on work and performance of mental issues as well as a decrease in physical activity [13].

Some studies relate the health of adolescent with breakfast consumption. It is noted that skipping breakfast is now becoming a regular habit of every age group and it is usually starts from adolescence. The current survey was conducted among medical students of the Saudi Arabia, with the aim of finding the factors associated with avoiding or skipping breakfast and the effects of these on emotional status and academic performance. Results of this study may help to design interventions that may support the notion of taking regular breakfast among students who have been fasting overnight to confirm sufficient energy and nutrient intake.

A cross-sectional survey was carried out among 100 medical students (age range 19-20 years) of the first and second year of PNU, Riyadh Saudi Arabia. The study was based on a questionnaire that was distributed among two groups of students: Group 1 included students who take breakfast frequently and group 2 who breakfast (Group 2).

Students after giving consent were invited to complete the questionnaires in classroom. An associate of the study group clarified the purpose of the study, as well as the protection policy for personal data, and patterned completed surveys.

The questionnaire consisted of two parts; the first part of the survey is based on the details of the types of breakfast and reason for skipping breakfast while the second part included aspect of negative feelings and academic performance of the student.

Students who occasionally or always skipped breakfast were labeled as breakfast skippers, while those that consumed breakfast frequently were considered regular breakfast eaters (RBE) [14].

The study was approved by institutional review board (IRB) of PNU.

Table 1: Factors associated with skipping breakfast in a group of Medical students of Saudi Arabia.

Reasons for skipping breakfast include getting up late, not being hungry or not liking the food. Most of the breakfast skippers take food alone or with friends. 55% mothers were Professional and 45% were housewives.

Note: No of cases in parenthesis, Variables are expressed as mean ± SD, **P<0.001= highly significant difference

Table 2: Effects of skipping breakfast in a group of medical students of Saudi Arabia. 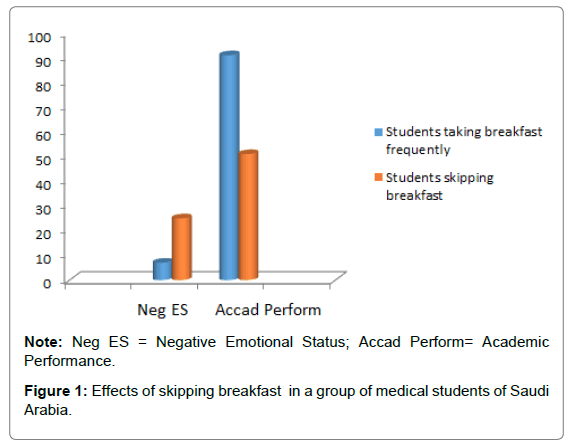 Figure 1: Effects of skipping breakfast in a group of medical students of Saudi Arabia.

Breakfast is a critical meal as it provides essential nutrient including carbohydrates, fats and proteins; of these nutrients carbohydrates especially help to increase the level of blood sugar therefore providing energy for both mental and physical activities [15].

According to our study factors associated with skipping breakfast in a group showed that percentages of taking breakfast frequently were very high compared to breakfast skippers. A study carried out on Australian adolescent also observed that the majority of adolescents consumed breakfast frequently as it is one of the most vital meals of the day, helping to start food metabolism and give body energy and nutrients essential for the body [16].

We observed that breakfast skipper usually take breakfast at mid-morning or take lunch at lunchtime. According to a study, midmorning food may show tedious eating compared to eating that satisfies hunger. The behaviour of these students in classroom is disruptive and distracting [17]. A link between mid-morning food and academic performance was observed in an adolescent who regularly skips breakfast suggested that a mid-morning snack is may be beneficial for correcting the energy deficiency in those students who have skipped or eaten very little for breakfast [18].

The reasons for skipping breakfast, according to our study is usually getting up late, not being hungry enough or not like food. Most of the breakfast skippers take food alone or with friends. 55% of mothers were Professional, and 45% were housewives. It is proved that the circadian system regulates appetite and hunger and may be a reason to a reduced sense of hunger in the morning and evenings may be to prepare the body for the overnight fast. This may explain that despite an overnight fast, individuals are not feeling hungry in the morning. Besides, Night eating syndrome (NES) has been linked to slow circadian rhythm of food intake, in combination with depression [19,20].

Getting up late is another reason of skipping breakfast. According to a study the sleep-wake cycle is associated with regulation of behavior and physiological activities, therefore getting up late not only means students skip the breakfast, it also affects their routine. A study stated that melatonin has a role in the sleep-wake cycle and its low level is linked with depression, impaired sleep and negative emotional state [21]. It is also proposed that eating dinner late night may be a factor for skipping breakfast [22].

It is reported that skipping breakfast had a high link with factors of unhealthy lifestyle including poor relationships with family member, seniors and colleagues, poor nutrition, fail to cope stress, poor self-realisation and lack of interest in exercise and sports. Regular breakfast consumption was significantly related with three basic health status dimensions like psychological, physiological and social. It is demonstrated that regular breakfast eating may be a powerful tool for a healthy life style [23,24].

Breakfast taking alone and getting late due to improper sleep (not taking full sleep) are the major correlates of skipping breakfast. This may effect on the behaviour and academic performance of students. It is therefore concluded that breakfast plays a significant role for good nutrition of students and has a high impact on emotional status, behaviour and academic performance.

Citation: Javaid A, Munir I (2018) Breakfast Skipping and its Effects on Emotional and Academic Behaviour of a Group of Saudi Medical Students. J Nutr Food Sci 8: 735.

Copyright: © 2018 Javaid A, et al. This is an open-access article distributed under the terms of the Creative Commons Attribution License, which permits unrestricted use, distribution, and reproduction in any medium, provided the original author and source are credited.