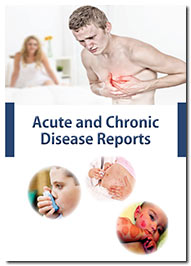 Bruxism is excessive teeth grinding or jaw clenching. It is an oral parafunctional activity i.e., it is unrelated to normal function such as eating or talking. Bruxism is a common behavior; reports of prevalence range from 8–31% in the general population. Several symptoms are commonly associated with bruxism, including hypersensitive teeth, aching jaw muscles, headaches, tooth wear, and damage to dental restorations (e.g. crowns and fillings) to teeth. But symptoms may be minimal, without patient awareness of the condition. There are two main types of bruxism: one occurs during sleep (sleep bruxism) and one during wakefulness (awake bruxism). Dental damage may be similar in both types, but the symptoms of sleep bruxism tend to be worse on waking and improve during the course of the day, and the symptoms of awake bruxism may not be present at all on waking, and then worsen over the day. The causes of bruxism are not completely understood, but probably involve multiple factors. Awake bruxism is thought to have different causes from sleep bruxism, and is more common in females, whereas males and females are affected in equal proportions by sleep bruxism. Several treatments are in use, although there is little evidence of robust efficacy for any particular treatment.