Background: Malnutrition is of major public health concern worldwide. The prevalence of severe acute malnutrition/wasting is increasing nationally and globally. The aim of this study is to determine the prevalence of Severe Acute Malnutrition (SAM) at Dalhatu Araf Specialist Hospital, Lafia Nasarawa State.

Methods: This was a cross-sectional prospective study. All children admitted between the months of June to October 2016 had their anthropometry taken. All children 6 months to 60 months with SAM based on the WHZ score were identified and a pre-designed proforma was administered to obtain information from the parents of children with SAM.

Results: SAM was present in 44.4% of all admitted children. No child above the age of 36 months had SAM and 84.8% of all SAM patients were less than 24 months old. Most mothers (72.9%) of the children with SAM were unemployed and (55.9%) had no formal education. Only 18.6% of these mothers practiced exclusive breastfeeding and as many as 62.7% of the children with SAM had been introduced to complementary feeds before 6 months of age.

Conclusion: This is the first time a very high prevalence of SAM has been reported in Nasarawa State. The absence of exclusive breastfeeding, early commencement of complementary feeds and lower educational status were prevalent among mothers of children with SAM.

SAM affects 19 million children worldwide, most of these population live in Sub-Saharan Africa and South East Asia and 10% of the global SAM population live in Nigeria [5]. Severe acute malnutrition contributes to almost half of all deaths among children under 5 years worldwide and in Sub-Saharan Africa, a mortality rate of 10 to 40% has been reported in hospitalized SAM patients [4,6].

This was a cross-sectional descriptive study carried out in Dalhatu Araf Specialist Hospital, (DASH) a tertiary center in north-central Nigeria which serves Lafia and other neighboring Local Government Areas (LGAs). Ethical approval from the Ethics and Research Committee was obtained.

This was a prospective study was carried out from June 2016 to October 2016. All children admitted to the emergency pediatric unit during this period were included in the study population. Weight, height was measured and weight for height z (WHZ) score calculated for each child.

From the group of children with SAM, further information on the parental socio-demographic factors, a number of children in the household, immunization and breastfeeding history, age at commencing complementary feeds were obtained using a pre-designed proforma.

The data was collected and entered into the 2013 Microsoft Excel Spreadsheet and then imported into Statistical Package for Social Sciences (SPSS) version 16.0. Results were summarized into tables and charts. 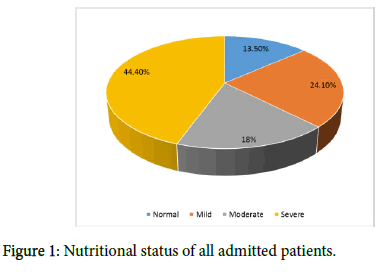 Table 3: Socio-demographic characteristics of parents of children with SAM.

Table 4: Feeding pattern and immunization among children with SAM.

The prevalence of severe acute malnutrition in this study was high. This finding is higher than all previous reports of SAM from Nasarawa state. This could be due to a number of factors.

It is also noteworthy that a previous study carried out in our hospital in 2012, had reported a prevalence of 10.1%, while the NDHS 2013 survey reported a prevalence of SAM in Nasarawa State to be 3.5%. This further supports the argument that large cross-sectional prevalence surveys tend to underestimate numbers affected. The increasing trend of SAM in our center (10.1% to 44%) is in agreement with an increasing trend of wasting (11% to 18%) from 2003 to 2013 as reported by the NDHS 2013 survey. Another reason that could explain the high prevalence obtained in our study was the absence of community-based management of malnutrition centers (CMAM) in Nasarawa State at the time our study was carried out. This meant that children with SAM had no other options for healthcare.

In our study, only 18% of children with SAM were exclusively breastfed, 62.7% were introduced to complementary feeds before the age of 6 months, while 55.9% had no immunization. It is a well-known fact that failure to practice exclusive breastfeeding reduces breast milk consumption and contributes significantly to malnutrition [11,12]. Furthermore, it has been reported that early introduction of complementary foods and other sub-optimal complementary feeding practices can lead to growth faltering and has been described as a risk factor for undernutrition in children in developing countries [13-15]. The most effective interventions that can significantly reduce acute malnutrition in the first two years of life include quality child feeding practices, disease prevention, and control programmes [15]. These facts may explain why most of the children with SAM in our study were less than 24 months old.

In our study, 55.9% of the mothers had no formal education and 72.9% of the mothers were unemployed. This may explain the low prevalence of exclusive breastfeeding (18%) in our study. This is consistent with previous studies which have shown that lower levels of maternal education are significantly associated with poor breastfeeding practices [16,17]. A significant association has also been demonstrated between lack of breastfeeding and unemployment among mothers [16].

In our study 57.6% of the children with SAM were discharged, 10.2% died and 32.2% were discharged against medical advice. A previous study done in the same hospital in 2012, reported that 62.6% were discharged, 16.8% absconded, 7.6% Discharged Against Medical Advice (DAMA), while 13% had died [7]. There is an increasing trend in patients discharged against medical advice. This is worrisome. Although we did not explore the reasons for this in our study, it has been previously reported that patient factors, dissatisfaction with the hospital environment and medical staff are the main reasons for DAMA [19].

Our results are also in keeping with previous studies which have shown that mortality among hospitalized children with SAM is as high as 10% to 40% in Sub-Saharan Africa [4,6].

This is the first time a very high prevalence of SAM has been reported in Nasarawa State. The absence of exclusive breastfeeding, early commencement of complementary feeds and lower educational status were prevalent among mothers of children with SAM.

This study should help guide policymaking and programs aimed at reducing the burden of SAM in Nasarawa State.

Emphasis should be placed on educating mothers on the benefits of exclusive breastfeeding, timely introduction of complementary feeds and immunization.

In the long term, female education and empowerment will help reduce the burden of malnutrition as well as improve the overall health of the Nigerian child.

Copyright: © 2019 Mohammed S, et al. This is an open-access article distributed under the terms of the Creative Commons Attribution License; which permits unrestricted use; distribution; and reproduction in any medium; provided the original author and source are credited.