Small RNAs at the Interface of the Plant-Fungal Interactions 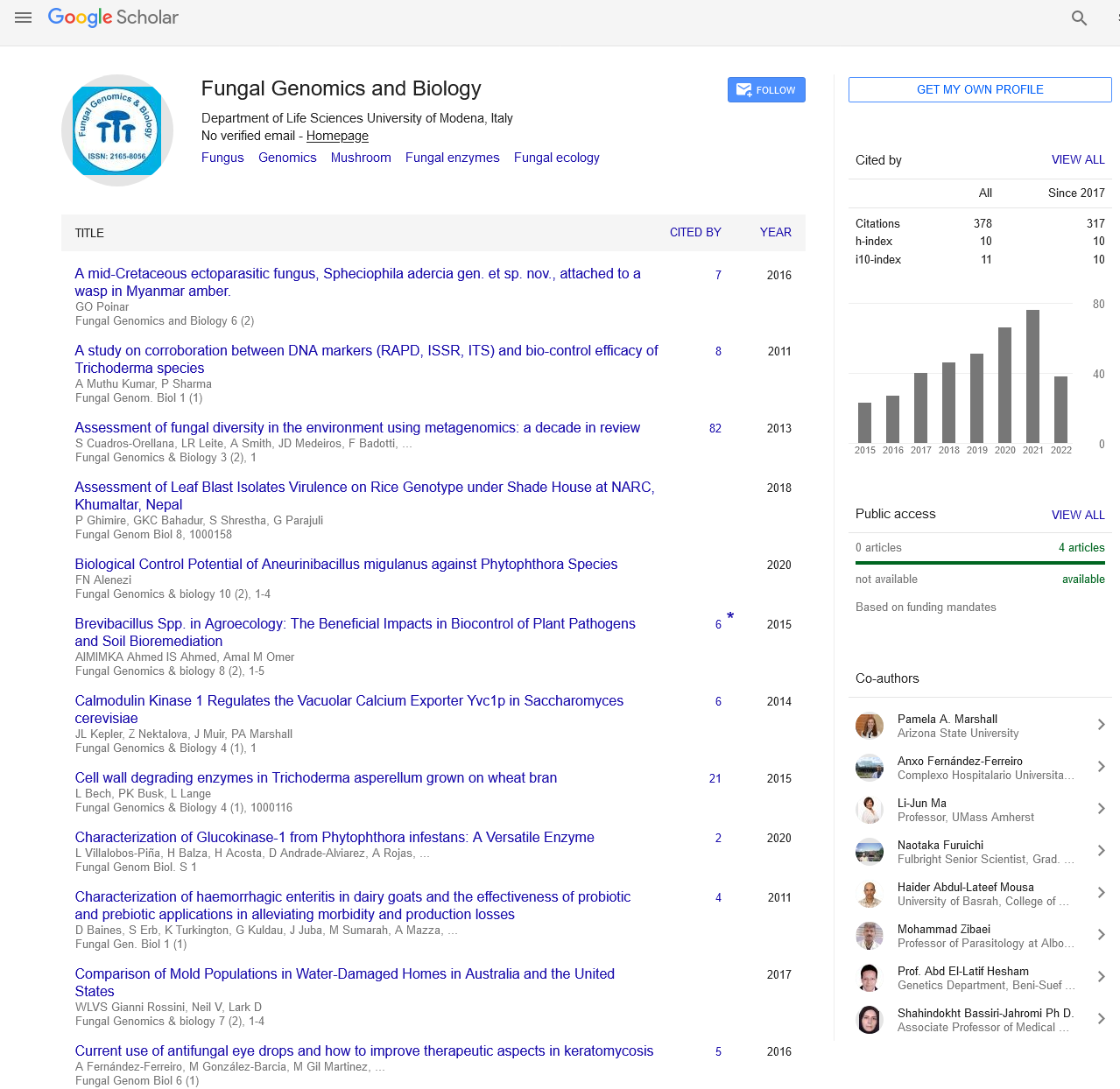 Small RNAs at the Interface of the Plant-Fungal Interactions

Fungi and plants interact in a myriad of ways. These interactions range from mutualism to parasitism, and yet, many plant species appear to use similar tools to deal with both. One recent observation is the role that small RNAs play in mediating the conversation between plant and fungus. Increasingly, many studies demonstrate these RNAs are pivotal modulators, reprogramming gene expression and cellular processes essential to the biogenesis of these inter-kingdom relationships.

Small RNAs are noncoding RNA molecules ranging from 20 to 30 nucleotides (i.e., not translated into protein), found across all eukaryotic organisms [1]. There are several distinctive groups of small RNAs, based on their biogenesis and precursor structure, of which the most characterized are: small interfering RNAs (siRNAs), microRNAs (miRNAs), Piwi-associated RNAs (piRNAs) and long noncoding RNAs (lncRNAs) [2,3]. The molecular mechanisms and structural features of these different types of noncoding RNAs (ncRNAs) have been well characterized over the last decade [4-7], and the list of their regulatory roles continue expanding [1,4,8-10]. Indeed, ncRNAs have been implicated broadly in epigenetic regulatory mechanisms, targeting degradation and/or translational silencing of mRNAs at the post-transcriptional level [11,12] influencing almost every biological process in animal, plant and fungi with significant impacts on a wide range of developmental, metabolic and stress responses [13-15].

The life cycle of many plants relies heavily on the use of small RNAs. Developmental processes including seed germination [16,17], root elongation [18] and leaf development [19,20] are finely tuned by the use of various small RNAs. Unsurprisingly, plants respond to colonization by fungal organisms using similar means, employing sRNAs to regulate the immune response [21,22]. For instance, Oryza sativa responds to effectors from the rice blast fungus, Magnaporthe oryzae, by increasing transcription of multiple miRNAs. Analysis of this RNA pool discovered osamiR7695, a miRNA that downregulates OsNramp6 (Natural resistance-associated macrophage protein 6) which plays a role in defense against pathogens [22]. When overexpressed in-planta, one can observe an enhanced resistance to the M. oryzae, showing the positive role of this miRNA in combating the antagonistic fungus. A more recent example in wheat (Triticum aestivum) revealed the presence of many previously unknown miRNAs when challenged with its foliar pathogen Puccinia striiformis. Of these, 998 species-specific miRNAs were identified, increasing the list of previously known wheat miRNAs [23]. One of these miRNAs, PC-3P-7484, was found to be highly upregulated during the infection period and was selected for further study. The targeted transcript encoded ubiquilin, which assists in protein degradation in the cell [24]. The exact role of this interaction and its consequences remains to be determined, but it is hypothesized that ubiquilin may increase pathogenicity. Reducing ubiquilin expression may reduce pathogen infectivity, making PC-3P-7484 a good target for overexpression studies in wheat to increase disease resistance.

Similarly, several studies have now confirmed that sRNAs are necessary in mutualistic plant-fungal associations [25-29]. For example, colonization of Medicago truncatula roots by Rhizophagus irregularis is shaped by the actions of miRNAs [27,30]. miR171h was found to cleave the transcript encoding Nodulation signalling pathway 2 (NSP2), a transcription factor up-regulated during symbiosis with nodule forming bacteria [30]. Overexpression of miR171h led to decreased levels of fungal occupation indicating its role in preventing overgrowth of the fungus [27]. Likewise, in our recent study, we characterized the sRNAs generated by Populus spp. in response to two different mutualistic symbionts the arbuscular mycorrhizal Rhizophagus irregularis and the Ectomycorrhizal Laccaria bicolor. Using this dataset, we curated a list of miRNAs and putative gene targets potentially involved in formation and maintenance of these beneficial associations [31]. Both species of Populus tested (P. trichocarpa and P. deltoides) generated different sRNA responses, with P. trichocarpa accumulating 4 times more unique miRNAs than P. deltoides. Additionally, miR393, which negatively regulates mycorrhization by arbuscular fungi [28], was found to be downregulated in P. trichocarpa, but not in P. deltoides during treatment with R. irregularis [31]. These two lines of evidence point towards a species-specific response and may help in understanding why P. trichocarpa is more readily colonized by mycorrhizal fungi than P. deltoides. Examination of the data between treatments indicates that Populus spp. may respond to both fungi with the same toolset [32]. In P. trichocarpa, 39 of the 44 miRNAs shared between fungal treatments had comparable expression trends. The same was found in the P. deltoides dataset where all shared miRNAs (n=4) showed similar values over time.

There is also evidence that RNAs generated by fungal colonizers can move through the plant cell wall and interact with argonaute proteins in the cytoplasm. This process, termed “Cross-Kingdom RNAi” has been observed in multiple pathogenic fungal species. For instance, the grey mold pathogen, Botrytis cinerea sends multiple sRNAs to cleave plant messenger RNAs [33]. Targets of these RNAs include mitogen activated protein kinase, peroxiredoxin and cell-wall associated kinase, all of which were down-regulated during infection by B. cinerea. Cross-Kingdom RNAi has been observed in other pathogenic fungi including Verticillium dahliae and Puccinia striiformis as well as other eukaryotic pathogens like the oomycete Phytphthora capsici and the parasitic plant Cuscuta campestris [34-37]. Movement of RNAs also appears to be bi-directional, as studies have shown that plants are capable of sending sRNAs to their associated fungi using extracellular vesicles [38,39]. Vesicles extracted from Arabidopsis thaliana infected with B. cinerea were found to contain trans-acting silencing RNAs (ta-siRNAs). Fungal protoplasts isolated from infected plant tissue via enzymatic digestion were found to contain RNAs from the plant. Two sRNA species, TAS1c-siR483 and TAS2-siR453 were found at high levels in fungal material. The RNAs targeted multiple fungal transcripts, all of which played a role in vesicle trafficking. These mRNAs were also downregulated, indicating that plant RNAs were able to lower expression of fungal transcripts.

Whether Cross-Kingdom RNAi plays a role in mutualistic symbiosis is unclear. In-silico analysis of the transcriptome of Rhizophagus irregularis revealed a substantial number of small RNAs [40]. These RNAs were then compared against the degradome of Medicago truncatula. Upwards of 237 plant transcripts were found to be potential targets for cross-kingdom silencing events [40]. Our analysis found no evidence for Populus RNAs that could interact with R. irregularis. We did, however, find multiple miRNAs that could interact with L. bicolor [31]. Comparing these miRNAs against the host genome determined that they could potentially target multiple messenger RNAs. These mRNAs encode for proteins involved in vesicular transport, transcriptional regulation and several with unknown function. More experimentation is required to determine whether or not Cross-Kingdom RNAi occurs between plants and their mycorrhizal fungi and, if it does, the ramifications of these events.

Until recently, investigations of small RNAs have been largely limited by a lack of high-throughput experimental studies, and because of their small sizes in the sequencing samples, were often misidentified as background noise [1,41,42]. Many of the studies cited here were made possible by the increase in sequencing capabilities over the last decade. Additionally, the aggregation of miRNA sequence data into large repositories like the plant microRNA database [43] and plant microRNA encyclopedia [44] have allowed researchers to compare their datasets against those collected in previous publications. Bioinformatic tools like sPARTA [45] and miTRATA [46] which allow for analysis of 3’ modifications and mRNA targets, respectively, give researchers the ability to ask specific questions of their miRNA libraries. Future research will focus on miRNA interactions and networks, capturing the web of regulatory RNAs as they affect one another. The topic of plant extracellular vesicles is also of great interest, but remains in its infancy, and many valid criticisms have been levied toward previous works in the field [47]. Differences in isolation methods, lack of proper controls and inconsistent characterization techniques has left several studies in question. Further optimization of protocols to identify extracellular vesicles and the contents they contain will be required for forthcoming studies.

A large number of small RNAs have been discovered, and smaller RNAs are expected to be further characterized along with the rapidly expanding sequencing power, despite the multiple challenges in distinguishing functional sRNAs and non-functional background. sRNAs seem to serve as hubs of gene networks that are rich in information flow. The recent development of machine learning approach will improve reliability of sRNAs identification and determine the interacting features and models. Better understanding the ways these sRNAs affect symbiosis and the broader plant microbiome will pave the way for novel and precise manipulation of natural or managed ecosystems to improve ecosystem resilience and productivity.

This research was sponsored by the Genomic Science Program, U.S. Department of Energy, Office of Science, Biological and Environmental Research as part of the Secure Ecosystem Engineering and Design Scientific Focus Area and the Plant Microbe Interfaces Scientific Focus Area, at the Oak Ridge National Laboratory. Oak Ridge National Laboratory is managed by UT-Battelle, LLC, for the U.S. Department of Energy under contract DE-AC05-00OR22725.

This work has been funded by the Genomic Science Program of the U.S. Department of Energy, Office of Science, Biological and Environmental Research as part of the Secure Ecosystem Engineering and Design Scientific Focus Area and the Plant Microbe Interfaces Scientific Focus Area, at the Oak Ridge National Laboratory. Oak Ridge National Laboratory is managed by UT-Battelle, LLC, for the U.S. Department of Energy under contract DE-AC05-00OR22725.

Copyright: © 2021 Sawyer CR, et al.This is an open-access article distributed under the terms of the Creative Commons Attribution License, which permits unrestricted use, distribution, and reproduction in any medium, provided the original author and source are credited.