We report on a rare case of a premenopausal female patient with metastatic breast cancer that was excluded from a clinical trial conducted in our institution after the detection of an elevated serum beta-hCG during the trial screening. Despite proving that the patient was not pregnant and that this serum beta-hCG elevation was a paraneoplastic phenomenon (tumor cells showed secretion of beta-hCG by IHC), the patient was ultimately excluded from trial entry. Some tumors, including breast cancer, can elevate serum beta-hCG as a paraneoplastic phenomenon, which sometimes correlates with prognosis in metastatic disease. We demonstrate through this case report that an elevated beta-hCG in a cancer patient is not always indicative of pregnancy, and that the possibility of a false positive result should be taken into account in clinical trial protocols as to avoid unnecessary exclusion of potential trial candidates.

In 2008, a 41 year-old woman was diagnosed with an UICC (International Union Against Cancer) stage IIIA invasive ductal carcinoma of her left breast. She was first treated with neoadjuvant chemotherapy, followed then by a modified radical mastectomy with axillary lymphadenectomy. Finally, she received adjuvant treatment with chemo- and radiotherapy. The pathological analysis of the surgical specimen revealed an estrogen receptor (ER), progesterone receptor (PR) positive, and c-erb-B2 negative tumor with metastasis in two out of eight lymph nodes resected. Adjuvant tamoxifen was finally started and continued with regular follow-up visits without problems.

During a follow-up visit in November 2011, the patient complained of acute shoulder pain, being diagnosed with bone metastases after an extensive diagnostic work-up. Tamoxifen was then discontinued and the patient was started on goserelin plus letrozole and zoledronic acid, showing a clinical improvement of pain.

In July 2012 she presented with a left supraclavicular mass during a routine follow-up visit. A biopsy of the mass was practised, which was positive for breast cancer metastasis and a complimentary computerized tomography showed metastatic progressive disease with mediastinal and supraclavicular lymph node involvement, with worsening of known bone metastases.

At this point, she was proposed enrolment in a clinical trial comparing chemotherapy plus a PI3KCA inhibitor vs chemotherapy plus placebo. During screening, a ´positive´ pregnancy urine test was detected together with a serum beta-hCG elevation of 156 UI/L. Contradictorily, a hormonal work-up was compatible with a postmenopausal state so she was followed-up with serial serum betahCG, which showed continued elevated levels, but did not show an ascending curve characteristic of a normal pregnancy. Various pelvic sonographies were negative for an intrauterine nor ectopic pregnancy. Despite the absence of an evident pregnancy, the patient was denied entry into the trial because of the clinical trial´s protocol in which an elevated serum beta-hCG was an exclusion criteria as the sole surrogate for positive pregnancy.

A bilateral oophorectomy was then performed in December 2012 as a therapeutic measure, despite of which serum beta-hCG continued to be elevated. A pathological analysis of the ovaries was done and revealed metastases of breast cancer origin, which also stained positive for beta-hCG. In the presence of this finding, an analysis was done on the previously biopsied lymph node back in July 2012 which showed as, a positive cytoplasmatic immuno histochemistry staining for beta-hCG in the metastatic breast cancer cells (Figure 1). Paclitaxel-Bevacizumab treatment was started on January 2013, after which serum beta-hCG levels progressively decreased until negativization of serum values. In November 2013, lymph node and hepatic progression was detected on a routinary tomography. Concurrently, a serum beta-hCG elevation was observed together with progression of disease (Figure 2). Oral capecitabine was then started in December 2013, with a brief fall in serum beta-hCG observed during follow-up. A new hepatic progression was documented in April 2014, which surprisingly was again accompanied by a new rise in serum betahCG. The patient was started with a gemcitabine-carboplatin regimen, after which serum beta-hCG has fallen to almost normal values. The patient continues to be treated with this regimen and is doing clinically fine since last check-up. 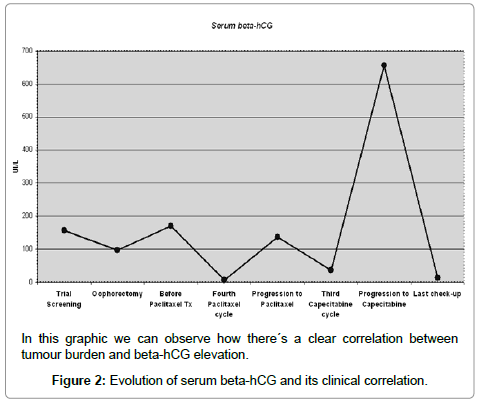 Figure 2: Evolution of serum beta-hCG and its clinical correlation.

Serum beta-hCG elevation in cancer is not a highly unusual event. In trophoblastic tumors, for example, it serves not only for diagnosis, but also as a very sensitive marker of treatment response and follow-up. Serum beta-hCG has also been observed in non-trophoblastic tumors, being present as high as 45-60% of pancreatic and biliary tumors in some retrospective studies [1]. In breast cancer, some retrospective studies have shown that a 15% of tumours are associated with elevation of serum beta-hCG, and although the origin of such elevation is still controversial (tumour origin vs paraneoplastic phenomena), it seems to correlate with advanced disease [2,3]. Histopathologically, positive IHC staining for beta-hCG has been observed in about 15-25% of breast carcinomas, and there seems to be a correlation between positive IHC staining and serum elevation in most cases [4,5]. Lastly, serum beta-hCG elevation has been observed to strongly correlate with poor prognosis and a more aggressive disease [6].

Clinical trial guidelines in cancer exclude pregnant patients and screen for possible pregnancy in women of child-bearing potential before trial entry. The majority of guidelines do not specify which diagnostic tool or diagnostic protocol is the most optimal for pregnancy screening, advocating serum beta-hCG as the most commonly used tool in clinical trials [7,8].

Under the evidence that many tumors can elevate serum betahCG as a paraneoplastic phenomenon, clinical trial protocol design must take into account the possibility of false-positive results for pregnancy during screening. Reviewing the literature, other authors have reported encountering this pitfall during clinical trial screening in other tumors, which comes to show that the case we report is not an isolated event [9,10]. Therefore, when requiring a normal beta-hGC serum level as inclusion criteria in clinical trials, the possibility of a false positive should be taken into consideration in the protocol and a waiver for those patients with elevated beta-hCG and a demonstrated non-pregnant status should be permitted. This is in order to prevent unnecessary exclusion of patients, like the one in this case report, from what could be a beneficial therapy for their disease.

Copyright: © 2014 Espinal E, et al. This is an open-access article distributed under the terms of the Creative Commons Attribution License, which permits unrestricted use, distribution, and reproduction in any medium, provided the original author and source are credited.