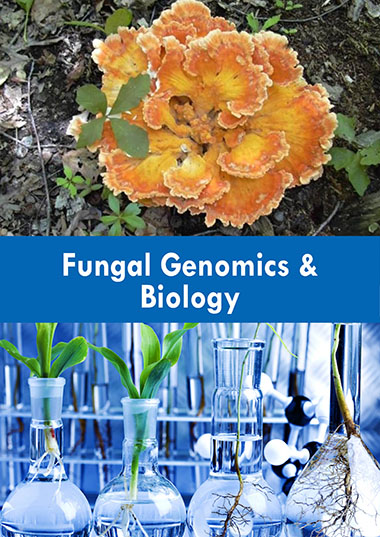 In the past decades, there is a vital increase in the significance of fungal infections in humans as well as animals. Fungi are parasitic and they grow by taking food from their hosts. There are several species of fungi available in environment however only some of them cause fungal infections. These infections can be caused by several factors such as inhalation, ingestion etc. Some of the infections occur in animals are localized or generalized. In this article a general overview of fungal infections in animals are described. Dworecka-Kaszak et al. has discussed about several skin diseases due to occurrence of fungi in animals [1]. The authors have described possible ways of infection transmission of animals in Poland. Fungi such as Malassezia pachydermatis, Microsporum canis, Candida yeasts etc. have been isolated from the animal groups in the means of culture. They have discussed and concluded that Candida spp, Microsporum, Malassezia pachydermatis have also isolate most repeatedly. Wang has described some of the challenges of interactions of fungi in animals [2]. The author has described that mycosis in aniAndhramals occurs in several forms in various domains such as enzootic, panzootic etc. and discussed that the knowledge from animal-fungal interactions are fragmentary as many research works from literature are done on immunology of hosts or fungal pathology. Dedeaux et al. has reviewed opportunistic fungal infections in animals [3]. The authors have specifically focused on the fungal infections in small animals such as cats and dogs. They have addressed that drug such as voriconazole, posaconazole etc have been used for treating opportunistic mycoses and concluded that immunosuppression should be reduced especially with the cyclosporine in dogs and cats for the prevention of fungal infections. Bentley et al. has depicted about the fungal infections that occurred in the animal’s CNS (Central Nervous System) [4]. The authors have mainly addressed that fungal infections can also occur in younger animals like dogs, cats. A MR (Magnetic Resonance) image from a dog with multifocal aspergillosis meningoencephalitis has been considered and brain lesions without sinonasal lesions have been identified. They have concluded and recommended that surgery enhances the fungal CNS granulomas. Seyedmousavi et al. has described the fungal infections in animals at different scenarios [5]. The authors have mainly focused on the infections encountered in animals due to environmental conditions but without the transmission to humans. Also, transmission of infections from animals to humans due to zoonotic fungi has also been addressed along with antifungal resistance in animals. They considered animal species such as dogs, cats, birds, rabbits, horses to address the antifungal indications and concluded that interactions of drugs, antifungal resistance as well as pharmacokinetics etc are some of the limitations occur in species of animals.

It is observed that several drugs like cyclosporine etc have been frequently used to prevent fungal interaction in animals. Literature studies suggested that some of the drugs should be avoided to encounter immunosuppression in animals. Many enhancements are required to enhance the treatment of fungal infections and there is also a need cover the limitations in dealing the fungal infections in animals.

Copyright: © 2020 Lavanya G. This is an open-access article distributed under the terms of the Creative Commons Attribution License, which permits unrestricted use, distribution, and reproduction in any medium, provided the original author and source are credited.