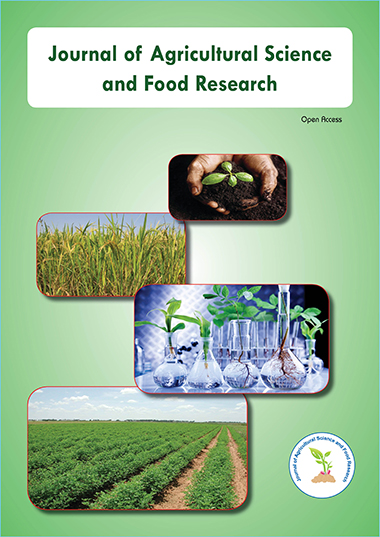 Milk is considered as nature’s single most complete food and it is definitely one of the most valuable and regularly consumed foods [1]. In other case it is the lacteal secretion, practically free from colostrums, obtained by the complete milking of one or more healthy cows, five days after and 15 days before parturition, which contains not less than 8.5 percent milk solids-not-fat and not less than 3.5 percent milk fat [2]. Milk chemical composition and production are the interaction of many elements within the cows and her external environment.

High milk yield of satisfactory composition is the most important factor ensuring high economic returns. If the composition of milk varies widely, its implication is that nutritive value and its availability as a raw material will vary; normally milk composition and quality are important characteristics that determine the nutritive value and consumer acceptability. According to Alphonsus report, milk composition (fat, protein and lactose contents) is an important trait in dairy cattle and considerable selection pressure is placed on these traits [3]. This author further stated that milk composition traits determine the quality of milk produced by dairy cows and have economic value since dairy producers are paid premium value for milk of higher than average quality or composition. Milk component levels and characteristics are important factors that have a significant effect on dairy product quality and yield [4].

It has high value proteins (casein, lactalbumin and lacto globulin providing essential amino acids), fat providing energy (9.3 kcal/g) and small globules stimulating an easy assimilation and vitamin A and D that playing a special role in Calcium and Phosphorus fixation in bones [5]. The composition of milk is not constant, sometimes the composition might even change during milking the first milk drops differs from the last milk drops [6]. According to O’Connor the chemical quality of milk may be ascertained by measuring its content of fat, protein and total solids, which is affected by genetic and environmental factors, breed, feeding, individuality within the breed, stage of lactation, age, health and interval between milking are among the factors responsible for variation in milk composition of cows [6,7].

Generally, the composition of cows’ milk is also of greatest importance for the dairy industry. Since, its process ability is highly influenced by composition. Knowing the composition of milk also helps to assess adulteration and the quality of the milk for consumers and milk processing industries.

To put in place appropriate remedial interventions that would lead to enhanced milk composition of the dairy subsector, understanding the prevailing overall milk composition is very vital. This necessitates the need for generating site specific database under specific production scenarios. In this regard, little research has been done so far to identity the overall milk quality in East Gojjam Zone. In this research, it is endeavored to fill this existing information gap. Hence, the aim of this study was to evaluate the effect of season and stage of lactation on milk quality in East Gojjam Zone of Amanuel town, Ethiopia.

Location and description of the study area

The study was conducted in Machakel district Amanuel Town, East Gojjam zone, Amhara National Regional State. The district is located 236 km far south west from Bahir Dar and 316 Km North West from Addis Ababa. The area is located at 100 40' N latitude and 370 20' E longitudes at an altitude of 1200-3200 meter above sea level (masl). Its annual rain fall ranges from 900-1800 mm. The area has two seasons, the wet season from June to September in which the area gets its majority of rainfall and the dry season from October to May which receives small and erratic rainfall. The mean annual temperature is 17.5 °C [8].

The major feed sources for livestock in the district are natural pasture, crop residues, local brewery by- product (Briniti and Atella), agro-industrial by-products and others. Cows in the study area largely depend on local brewery by- products throughout the year and crop residues late in the dry season. Agro-ecologically the district covers 5% lowland, 54% midland and 41% high land. Major crops grown in the district are wheat, teff, maize, barely, bean, noug (Guizotia abyssinica) and oat. The livestock population of the district accounts as: 91, 343 cattle, from this 1,700 were crossbred cows, sheep 47,222, goats 5215, equine 15,608, chicken 61,431 and 9,883 bee colony.

All farms found in Amanuel town have no access to grazing land. Hence, mainly they depend on local brewery by product and crop residue. Birinti (local brewery by product) was purchased daily along with crop residue which was purchased immediately after the end of harvesting season and stored in straw shed. However, some producers purchased hay as additional feed source for feeding throughout the year. In addition locally prepared concentrate feeds (maize and oat grain) and milling factories by - products, were given to animals.

The study animals were classified according to lactation stage. Those cows between 1 to 3 months of delivery were classified as early, between 4 to 6 months as mid and those in between 7 to 9 months under late stage of lactation.

Prior to the laboratory analysis sampling glass bottles were prepared sterilized and disinfected with detergent. Approximately a total of 60 sample size about 100 ml per sample raw crossbred dairy cow milk samples from each morning were aseptically collected for 2 (two) days from a producer’s milking Jog immediately after the end of total milking of cow from each season summer (August, 2017) and winter (January, 2018) and placed into sterile glass bottles. Consequently, samples were labeled and put in ice box (4°C) and transported as early as possible to Elemtu integrated milk industry axion cooperative for analysis of milk composition by Ekomilk. The laboratory analyses were performed within 36 hours after collecting the sample [8].

Table 1: Milk composition in different season and stage of lactation.

In the current study the overall mean of TS contents of milk were 11.89 ± 0.40%. The TS content of milk was not significantly affected by seasons. However, it was significantly (P<0.01) affected by stages of lactation. It was less than the finding of Bille, Mirzadeh and Tekelemichael as they reported that, 12.33% in Namibia, 12.57% Lordgan region in Iran and 12.58% in Dire Dawa area, respectively [9-12]. According to European Union recognized quality for total solid content of cow’s milk not less than 12.5% [13]. Therefore, the average TS content of milk sample in this study area was slightly lower than the recommended standard. This variation might be due to difference in feeding and management practices which have important effect on milk composition quality [7].

In the current study fat contents of milk were 4.45 ± 0.26% and 3.58 ± 0.23% in winter and summer season, respectively with overall mean of 4.12 ± 0.26%. The fat content of milk was significantly (P<0.01) affected by seasons. However, it was not significantly affected by stages of lactation. This finding was greater than the previous study report of Teklemickeal who reported that fat content of milk in Dire Dawa area was 3.86% and Janstora as they reported that, 3.79% of fat in Czech Republic [11,14]. But comparable results were reported by Deresse 4.27% in West Shoa Zone Oromia region and Shibru and Mekasha 4.10 ± 0.77% in peri urban area and slightly greater result 4.58 ± 1.21% in urban area in Awas district Oromia region [15,16].

The fat contents of milk might be affected by feed, seasons and other managemental practice. According to European Union quality standard for unprocessed whole milk fat content should not be less than 3.5%. Similarly, the Food and Drug Administration (FDA) requires not less than 3.25% milk fat for fluid whole milk. Therefore fat content of this result was within the recommended standard [17].

Solid not fat contents of milk were 7.47 ± 0.38% and 8.08 ± 0.13% in winter and summer seasons, respectively, with overall mean 7.77 ± 0.14%. The solid not fat content of milk was significantly (P<0.01) affected by seasons. However, it was not significantly affected by stages of lactation. Solid not fat contents of milk in this study was less than the report of from all crossbred dairy cows by Debebe who reported that, a minimum of 8.3 ± 0.30% and a maximum of 8.7 ± 0.36% from street-vendors and milk producers in and around Addis Ababa, Deresse 8.89% in West Shoa Zone Oromia region and Teklemicheal 8.75% in Dire Diwa [11,15,18]. According to European Union quality standard for unprocessed whole milk solid-not-fat content should not less than 8.59% [19]. The current result was slightly less than the EU quality standard. The difference might be different in feeding practices, season, milking method and lactation period exerted.

Protein contents of milk were 2.7 ± 0.052% and 3.01 ± 0.058% in winter and summer season, respectively with overall average 2.83 ± 0.06%. The protein content of milk was significantly (P<0.01) affected by seasons. It was also significantly (P<0.05) affected by stages of lactation in winter season. The current result was lower than the previous study report by O’Connor and Deresse 3.1% and 3.67% respectively [6,15]. According to Food and Drug Administration (FDA) protein contents of whole milk is 2.73% [17]. Similarly, European Union quality standard for unprocessed whole milk, total protein content should not be less than 2.9% [19]. The difference might be variability among breed of cow, with in a breed, feeds and stage of lactation. Therefore the average protein content in this study was within the recommended standards set.

Lactose content in this study was 4.3 ± 0.074% and 4.44 ± 0.071% in winter and summer season, respectively with overall average result 4.28 ± 0.08%. The lactose contents of milk was significantly (P<0.001) affected by seasons. However, it was not significantly affected by stages of lactation as shown in Table 1. This result was much less than the previous study report of Bekele 5.07% obtained from urban and peri-urban area of Dangila town Amhara region but, in some extent comparable with the report of Derese (2008) 4.52% and 4.37% in urban and peri- urban area, respectively in west Shoa zone Oromia region [15,20].

Copyright: © 2019 Desyibelew W, et al. This is an open-access article distributed under the terms of the Creative Commons Attribution License, which permits unrestricted use, distribution, and reproduction in any medium, provided the original author and source are credited.