Objective: A left ventricular rupture is a rare but lethal complication of surgical mitral valve replacement. We compared the mortality rates of two different surgical techniques for the correction of atrioventricular disjunction.

Methods: From January 2005 to January 2012, 720 patients underwent mitral valve replacement at our institution. Two different surgical techniques were used for the correction of atrioventricular disjunction. The techniques were: in group I, the mitral annulus was fixed with bovine pericardial strips; in group II, a 'patch' of bovine pericardium was sutured; the patch extended from the base of the lateral and medial papillary muscle, covered the posterior wall of the left ventricle, went through the posterior mitral annulus, and ended in the posterior wall of the left atrium adjacent to the mitral ring.

Conclusion: The group II technique showed a lower mortality, and was more efficient than the group I technique.

All procedures were performed under extracorporeal circulation; with arterial cannulation in the ascending aorta and bicaval venous cannulation with moderate hypothermia (28ºC), antigrade myocardial protection, and cold blood cardioplegia (4:1 dilution) every 20 minutes. The mitral valve was accessed by left atriotomy.

Following these surgeries, left ventricular rupture was observed in 10 patients who were further divided into the following 2 groups according to the type of corrective technique adopted: group I (n=6), which involved the establishment and strengthening of the posterior mitral ring with two strips of bovine pericardium and separate polypropylene 3-0 "U" sutures in the ruptured region, using the same sutures to implant the prosthesis, securing the location of the lesion, and using biological adhesive and bovine pericardium to correct external hemorrhages (Figure 1) and group II (n=4), which involved placement of a bovine pericardium patch, fixed with continuous polypropylene 4-0 sutures and extending from the base of the medial and lateral papillary muscles, covering the posterior wall of the left ventricle through the posterior portion of the mitral valve annulus and ending in the posterior wall of the left atrium adjacent to the mitral annulus. Figure 1: Schematic of the surgical technique performed in group I.

The prosthesis was placed on this patch and separate "U" sutures supported the bovine pericardium allowing the correction of external hemorrhages (Figure 2). 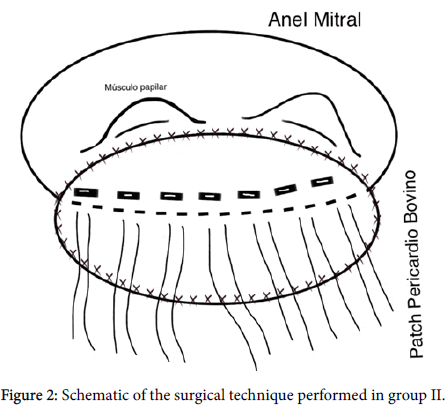 Figure 2: Schematic of the surgical technique performed in group II.

There was no need for replacement of the prosthesis in any of the groups, and all prostheses were biological and manufactured from bovine pericardium. The project was approved by the Scientific Ethics Committee of the Real and Benemerita Portuguese Charitable Association of Sao Paulo (opinion 209.339).

The statistical analysis of all the data collected from this survey initially included descriptive means. For quantitative (numerical) variables, some summary measures, such as mean, median, minimum and maximum values, and standard deviation were calculated, and one-dimensional scatterplots were drawn. Qualitative (categorical) variables were analyzed through the calculation of absolute and relative frequencies (percentage) in addition to the construction of bar graphs.

A significance level (α) of 5% was used in all the inferential analyses. The data were entered in a Windows Excel 2010 spreadsheet for proper storage of information. Statistical analyses were performed with the Statistical Package software for the Social Sciences (SPSS), version 19.0, for Windows and R, version 2.11.1.

The sample for this study consisted of 10 patients with LVR after mitral valve replacement. In 6 patients, LVR was corrected by fixing the mitral annulus with strips of bovine pericardium (group I) and in the remainder, the suture technique for an extra-annular bovine pericardium patch was used (group II). Details of the group profiles are presented in Tables 1 and 2.

Table 2: Distribution of the profile of groups I and II according to the left atrium size and ejection fraction before and after surgery.

Group I had a higher frequency of calcification of the mitral annulus (p=0.033) and death (p=0.010) compared to group II. The comparison of the left atrium size and ejection fraction before and after surgery can only be carried out in a descriptive manner due to the small number of patients who did not die during surgery in both the groups.

The only patient in group I that did not die in surgery showed a decrease in both the size of the left atrium (74 mm to 62 mm) and the ejection fraction (63% to 48%). In group II, the 4 patients who did not die in the operation theater showed an increase in the size of the left atrium and a decrease in the ejection fraction. Considering only the deaths (both in the operation theater and the late deaths), group I had 6 deaths, and group II only 1.

In group I, the 5 deaths were of 4 women and 1 man. The average age of the individuals who died was 59.8 years and ranged from 53 to 66 years with a standard deviation of 5.4 years. In terms of mitral valve diseases, 4 deaths were because of mitral insufficiency and stenosis (stenosis>insufficiency) and 2 were caused by mitral stenosis. All 6 patients from group I who died, showed calcification of the mitral annulus and type I LVR. On average, the patients in this group were in hospital for 11.3 days (range 1 to 63 days) with a standard deviation of 25.3 days. The only death in group II was of a 72-year-old woman with mitral insufficiency and type III LVR, but without calcification of the mitral annulus; she remained in the hospital for 9 days.

There was a predominance of women (60%); they had a mean age of 57 years and mitral stenosis in 80% of the population, together with calcification of the mitral annulus in 70% of patients. In 7 cases (70%), the posterior leaflet and its subvalvular apparatus were preserved.

When we analyzed the postoperative period, the mean length of hospital stay was 39 days and there was a 7% decrease in the ejection fraction on average, similar to that found in pre-surgical transthoracic echocardiography. There was no evidence of myocardial infarction; electrocardiograms showed no ischemic changes and cardiac enzymes remained within the standards expected for surgical cardiac procedures.

The surgical treatment of LVR presents a series of difficulties, such as weakness in the structures causing difficulty in anchoring sutures, poor exposure and problematic visualization of lesions, proximity of lesions to the circumflex coronary artery, and perforation of the left ventricle wall further from the initial lesion [8]. In both groups, the patients progressed to a cardiogenic shock with great difficulty in completion of the repair, regardless of the technique used. In all cases, successful or otherwise, the LVR was evidenced by hemorrhage in the free left ventricular wall.

A high mortality rate is reported in the literature and ranges from 65% to 100%, while survival is associated with its intraoperative identification [9,12]. Of the patients included in this study, 10 occurrences of LVR were observed, with a frequency of 1.39%. An overall mortality rate of 60% was observed; this was 100% in group I and 25% in group II. Deaths could be late and without direct correlation with the pathology.

Surgical techniques have been described to correct LVR, based on the healing and strengthening of the tear region, and intraventricular with the use of extracorporeal circulation [3,9,10,12]. The patients in group I underwent the type of correction typically used by our service, with interposition of strips of bovine pericardium in the mitral annulus. The technique used in group II began with the extensive suturing of a pericardial patch covering the torn area and the mitral annulus in a random manner, and because of the results, this was retained as the default technique.

Observing the literature, we found a higher incidence in patients above 60 years of age, and the calcification of the mitral annulus was considered the main risk factor (1), which was consistent with the one found in the sample studied, with a mean age of 57 years and a predominant pathology of mitral stenosis [14-18].

This study has some limitations because it is a retrospective analysis of low incidence pathology, thereby including a low number of study individuals. There was no randomization of surgical techniques analyzed. The procedures were selected according to the experience of the surgeon at the time of surgery.

In the cases analyzed, better results were obtained in terms of mortality in group II, with correction using an extra-ring bovine pericardium patch, which had a mortality rate of 25%.

Copyright: © 2019 Sobral MLP, et al. This is an open-access article distributed under the terms of the Creative Commons Attribution License, which permits unrestricted use, distribution, and reproduction in any medium, provided the original author and source are credited.