Purpose: The main purpose of the present study was to identify a volatile material that activates human Nasal Mucociliary Clearance (NMC).

Conclusion: Our results indicated that inhalation of orange essential oil improved NMC. In addition, some volatile materials might serve to improve NMC to protect from pathogen.

An infectious disease such as influenza is an important global health care concern. Potential modes of transmission of influenza virus include direct contact with virus-contaminated objects (fomites), exposure to droplets in the air from coughing or sneezing, and inhalation of infectious aerosols [1]. Hand hygiene is important to prevent from direct contact, and surgical mask is known to be useful to protect from virus-droplets. However, there is no effective way to defend against aerosols, except for ventilation of rooms, and it has been reported that Nasal Mucociliary Clearance (NMC) is one of the most important defense systems against infectious aerosols [2]. Pathogens entering the airway are flushed away into the digestive system or exhaled to the external environment in the form of sputum by NMC [3]. It has been reported that NMC decline contributes to upper respiratory tract infections such as influenza [4,5]. According to a previous study, virus injected into the nose of a dehydrated chicken with declined NMC propagated significantly when compared to chicken without declined NMC [6].

NMC occurs in the entire airway, such as in the nose, pharynx, larynx, trachea, bronchi, and bronchioles. Cilia on the airway epithelial cells move the nasal mucus regularly over the epithelial cells toward the nasopharynx, and this phenomenon is called NMC [7]. Some factors such as temperature and humidity affect NMC [8-10], and SPA bathing is demonstrated to be useful for improving NMC [11]. However, pharmaceutical drugs are the only available tools that can regulate NMC.

Some volatile materials have also been reported to possess physiological functions. Phytoncide is an aromatic volatile substance derived from trees; it contains monoterpenes such as a-pinene and limonene and has been reported to activate human natural killer cell function [12]. Lavender, which is used for aromatherapy, was demonstrated to decrease sympathetic nerve activity, and increase the skin blood flow and has effects not only on the psychological aspects but also physical [13]. In the present study, we focused on volatile materials that can activate NMC, because volatile materials could reach to the entire airway, and there is a little chance to hinder nasal care such as liquids and solids. We investigated the effects of several volatile materials on human NMC in vitro and in vivo.

The human nasal epithelial cell line consisting of primary epithelial cells, MucilAir (EP01MD), was purchased from Epithelix (Genève, Switzerland). The MucilAir primary cells were maintained according to the manufacturer's protocol. The nasal primary cells derived from healthy patients were cultured at the air-liquid interface in culture medium using cell culture inserts. The cells were maintained at 5% CO2 and 37˚C, and the fresh medium was replaced every 2-3 days.

Videos of the cell surface were acquired using a CMOS highspeed camera (Digital Image Technology; DITECT, Tokyo, Japan). They were subsequently analyzed and CBF was calculated using DIPP Motion Five (DITECT). ΔCBF was calculated as the difference in CBF before and after volatile material treatment.

Study design on the effect of orange essential oil on NMC

This study comprised a cross over trial. Subjects rested for 15 min in a room, which was maitained at 20˚C and 20% relative humidity. They were instructed to sit and sniff a cotton ball soaked with orange essential oil (100 ppm assuming that the entire compound was volatilized) or an empty bottle for 10 min, and a saccharine test was subsequently conducted. Wash out period was over 3 days.

NMC time was evaluated using the saccharine test by the same practitioner. Subjects were asked to not consume any food or drink for 1 h before the test. Saccharine tablet was placed in the nasal cavity. Patients were instructed to settle into a comfortable sitting position and not sneeze, cough, snuffle, blow nose, talk, or take a deep breath during the test [16]. The time taken from the placement of the tablet to the perception of sweet taste was recorded as the NMC time.

MucilAir cells were exposed to the volatile materials and CBF was measured. CBF is reported to be correlated with NMC and is used as one of the indicators to assess NMC [17].ΔCBF was 1.17 ± 0.17 Hz (spearmint Midwest rectified), 2.06 ± 0.39 Hz (bergamot oil Italy bergapten free), 2.16 ± 0.77 Hz (orange essential oil), and 3.15 ± 0.46 Hz (FSK; positive control), and these ΔCBF values were significantly increased compared with that of the control (Table 1). 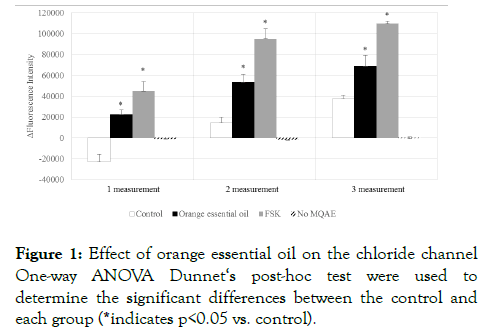 Figure 1:Effect of orange essential oil on the chloride channel One-way ANOVA Dunnet‘s post-hoc test were used to determine the significant differences between the control and each group (*indicates p<0.05 vs. control).

Finally, the saccharine test was conducted to measure human NMC [18]. A total of 26 subjects participated in this study, and 13 subjects completed the saccharine test; 11 participants did not complete this test because of their physical conditions (e.g. cold or allergy to pollen), the effects of the test treatment on runny nose, or doing prohibited matter, and 2 were dropped out of the study. The median NMC time was 1,000s in the control group and 850s in the orange essential oil group, and the NMC time of orange essential oil was significantly shorter than that of the control (Figure 2). Our findings indicated that inhalation of orange essential oil improved human NMC. 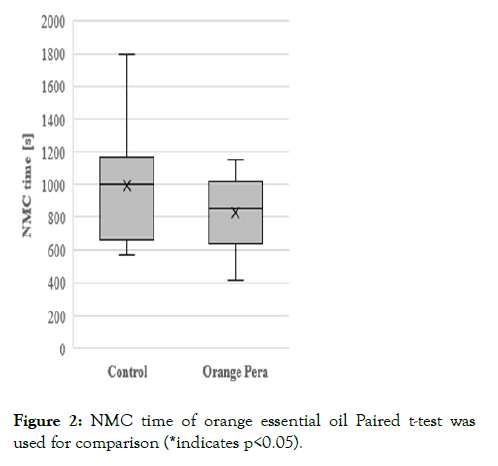 Table 1: ⊿CBF of the volatile materials t-test was used for comparison (*indicates p<0.05 vs. control).

In the present study, half of the participants did not complete the saccharine test, and the size of the study population was limited. Therefore, a large-scale trial conducted in seasons excluding seasonal turn and hay fever seasons is essential.

The results of the current study demonstrated that orange essential oil activates NMC. Our study indicated the potential of orange essential oil in enhancing the defense system of the body against various pathogens. Utilization of volatile materials is important for global health care and future studies on physiological functions of volatile materials could help in the betterment of human health.

This study received no funding

The authors declare that there are no conficts of interest

The study was conducted according to the guidelines of the Declaration of Helsinki on Biomedical Research Involving Human Subjects. The protocol was approved by Kao Corporation ethics committee (T201-190220). This study was also registered for University Hospital Medical Information Network (UMIN000036344).

Availability Of Data And Material

The datasets analyzed during the current study are available from the corresponding author on reasonable request.

Copyright: © 2021 Takada I, et al. This is an open access article distributed under the terms of the Creative Commons Attribution License, which permits unrestricted use, distribution, and reproduction in any medium, provided the original author and source are credited.