A Short Review: The Impact of Mindfulness Meditation on Adult levels of Hostility and Violence Enlightening the advancements and exploring the new scope in Physiotherapy 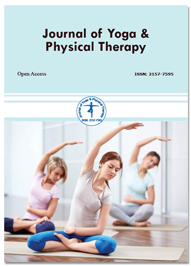 A Short Review: The Impact of Mindfulness Meditation on Adult levels of Hostility and Violence

Violence and aggression are severe issues that cost a lot of money and have a big influence on people's lives. The potential for mindfulness interventions to reduce levels of violence and aggression has piqued people's interest. Interpersonal relationships those are strained or damaged. Physical harm as a result of a proclivity towards fighting, risky or reckless practises, such as aggressive driving, can result in physical injury. Mental health diseases begin or worsen. Even without any improved executive control abilities, three weeks of daily meditation practise lowered violent behaviour significantly. These findings show that meditation reduces violence by reducing direct motivations to harm others. Emotional education, improved self-control, and problem-solving abilities are further approaches for reducing aggressiveness, particularly in teenagers who exhibit impulsivity and reactive aggression. Mindfulness practises are another sort of intervention that has been proved to be beneficial.

Aggression and violence are continuing societal challenges with major costs and consequences. There are major obstacles in obtaining a precise grasp of these expenses on a global scale. In an international assessment, Waters et al (2005) calculated that interpersonal violence costs the US economy 3.3 percent of GDP, noting that there is little research on the economic impact in poorer nations, which are disproportionately affected by violence. In 19th century, the projected costs of violence in some countries ranged from 25% of GDP [1]. Previously millions incidences of violence against adults were reported in the United Kingdom. The cost of violence is estimated to be 20-25 million in mental services alone. The impact of violence has been demonstrated to have a longer term impact, in addition to the number of episodes, their immediate effect, and associated cost [1].

According to the World Health Organization, victims of violence have greater long-term health problems and spend more money on health care. The WHO also lists lost productivity and absenteeism at work, the provision of safe spaces, property and infrastructure damage, and disincentives to tourism and investment as indirect costs of violence, even going so far as to state that violence is a top global public health concern. With the release of the WHO Global Status Report on Violence Prevention in recent years, there has been a greater push to combat violence. The 2030 Agenda for Sustainable Development was adopted by the United Nations General Assembly in 2015, and it is based on the themes of peacebuilding and violence reduction [2]. As a result, violence and aggression are recognised as important and significant issues that have detrimental consequences on both individuals and society.

"The intentional use of physical force or power, threatened or actual, against oneself, or against a group or community, that leads in or has a high likelihood of ending in injury, death, psychological harm, maldevelopment, or deprivation," according to the WHO. Aggression is described as "hostile, harmful, or destructive behaviour," to put it another way. Aggression can be reactive (in response to a perceived threat), instrumental (for gain or reward), or appetitive (in response to a perceived threat) (indicating an enjoyment of violence) [3]. When we see someone as "other," or different from ourselves, we are more prone to engage in violence. This is accomplished by a dehumanisation or depersonalization process, which allows us to act aggressively or brutally toward the "other."

Burnout has been related to an increased likelihood of abuse in health and care settings, for example. Rumination and issues with emotion management have an impact on violence and aggression as well. Poor interpersonal dynamics, insecurity, power imbalance, lack of societal acceptance, social disruption, and poverty, as well as health or sensory conditions, negative life events, poor communication skills, a lack of meaningful activity, limited social networks, and mood disorders, have all been identified as risk factors for violence and aggression.

"The biology cannot be separated from the psychological, social, and environmental, such that a merger of the domains is necessary for an understanding of a phenomenon as complex as human violence," Lee writes in a series of studies on the causes of aggressiveness. This isn't to say that single-focus methods shouldn't be explored; psychological processes play an important role in the link between bio-socio-environmental risk variables and aggression or violence. As a result, there is worth in investigating psychological remedies, as long as they are treated as part of a larger framework of interventions that includes an understanding of the societal, political, and environmental contexts that make violence more prevalent [4].

In recent years, some treatments have centred on psychosocial interventions for those who have aggressive or violent inclinations. A review finds encouraging trends in interventions such as emotional selfmanagement, interpersonal skills, social problem-solving and related training, but notes that results are weaker in the case of domestic violence, less consistent in the case of prisons, and that more highquality studies are needed overall. Mindfulness, or mindfulness-based interventions, is one method that was left out of the review (MBIs). "Paying attention in a certain way: on purpose, in the present moment, and nonjudgmentally" is how mindfulness is defined.

The number of MBIs available has increased by orders of magnitude in recent years. In its purest form, mindfulness focuses on regular practise (meditation) as well as application to everyday situations. Its primary goal is to promote awareness. Mindfulness is used in acceptance and commitment therapy (ACT), as well as an emphasis on value-based action. Without the same emphasis on practise, dialectical behaviour therapy (DBT) includes mindfulness exercises or tools as an optional part. While all of these fall under the umbrella of MBIs, the level of attention on mindfulness varies. Mindfulness has the potential to be relevant to violence and aggressiveness because it is linked to many of the features and risk factors listed above. It has been demonstrated to boost feelings of connectedness and empathy for others, as well as reduce rumination and improve mood management [5].

Several researchers have found a link between dispositional mindfulness and aggression, violence, and interpersonal conflict. Mindfulness as an intervention has also been studied to see if it might reduce levels of hostility and violence. Existing studies have looked at the impact of mindfulness on a variety of diseases, such as autism, and with a variety of client groups, such as sexual abusers, with aggression being used as a secondary end measure in some cases. Others have investigated the effects of other interventions on violence and aggressiveness, such as cognitive behavioural interventions, school-based preventive programmes, and other non-pharmacological interventions. A critical study of dialectical behaviour therapy (DBT) and aggression was undertaken, focusing just on that one intervention. More research has been undertaken, and the goal of this review is to analyse the impact of mindfulness-based therapies on levels of aggression and violence in adults.

Copyright: © 2021 Saka O. This is an open-access article distributed under the terms of the Creative Commons Attribution License, which permits unrestricted use, distribution, and reproduction in any medium, provided the original author and source are credited.