In order to observe the effects of Wu Ling Capsule on the quality of patients' life and depression, have an influence on blood glucose, glycosylated hemoglobin, islet function, and explore the mechanism form inflammatory factors and oxidative stress about improving depression and controlling steadily of blood glucose.

Diabetes is now the most prevalent and debilitating disease affecting the Chinese population. A global statistics result shows that the prevalence of diabetes among the people aged 20 to 70 was 6.4% in 2010 [1]. The Chinese Medical Association survey indicated that the age-standardized prevalence of total diabetes and pre diabetes were 9.7% and15.5% [2]. Depression is one of the most complications that affect the life quality of the people with diabetes. A survey estimates that the prevalence of depression among the people with diabetes would be 25% in 2050 [3]. They are bidirectional that type 2 diabetes can cause depression and depression is also an important risk factor for type 2 diabetes. In 1990s, a lot of foreign literatures reported that effective interventions of depression could help regulate blood glucose fluctuations [4,5]. The study of RYANJ [6] in 2001 found the depression in diabetes patients was two times than that of Nondiabetes, and there was a close relationship between depression and diabetes’ complications. According to China's clinical survey data, the incidence of anxiety and depression in type 2 diabetes mellitus is 59%, which has a serious effect on the treatment and the quality of people's life. Diabetes with depression is a chronic disease that needs for multiple factors in the role of lifelong management and affects patients’ living. There is an additional increase in health-service costs of 50%-75% when depression occurs together with diabetes [7].

This can bring long term psychological & economic pressure to patients and their families, and efficient interventions in the study of diabetes with depression have important practical significance. Of course, depression are not treated in time, the patients are likely to increase the risk of complications and mortality.

Wu Ling capsule is a kind of proprietary Chinese medicine, it’s the main ingredient is Wu Ling powder, which is also the first proposed that can treat the symptoms of anxiety and depression with insomnia. Therefore, it is used for experimental drug. The study design is a randomized, double-blind and placebo-controlled. The subjects include 60 randomly assigned into two groups; their random numbers use opaque sealed envelopes and are responsible for personnel management, a study by the doctor according to the serial number of subjects, respectively in the treatment and placebo groups. They are in the treatment of diabetes based on the original incidence of the use of Wu Ling capsule and placebo (a three tablets, three times a day, 0.99 g), which are provided by Zhejiang Jolly Pharmaceutical Co, LTD. Placebo is made with the appearance of the capsule, but does not contain any drugs (Figure 1). 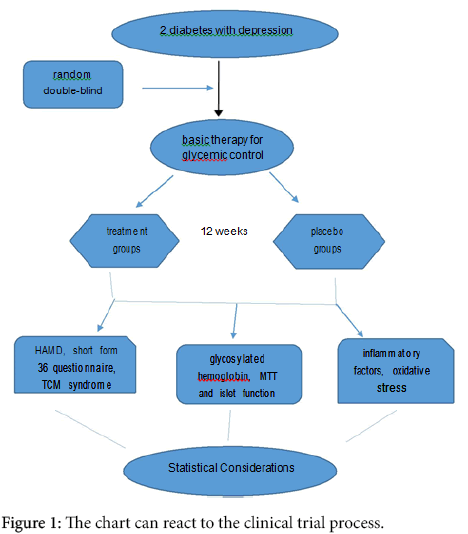 Figure 1: The chart can react to the clinical trial process.

The patients are followed up 12 weeks and are seen for once every four weeks. The contents contain general situations (demographic data, medical history data, etc.) and curative effect indexes which are divided into the primary and secondary. The primary consist of HAMD, short form 36 questionnaire, TCM syndrome score, glycosylated hemoglobin, MTT and islet function, the first three determine every four weeks, latter two measure only at 0 and 12 weeks (Department of laboratory medicine and nuclear medicine, the Affiliated Hospital of Chengdu University of Traditional Chinese Medicine).The secondary comprise HOMA-IR, ISI, inflammatory factors and oxidative stress, they also determine of both at 0 and 12 weeks. The clinical efficacy of 12 weeks' observation, how to know the impact of Wu Ling Capsule on type 2 diabetes with depression, understand the situation of depression in patients with depression, whether the quality of life is improved or not, the changing trend of glycosylated hemoglobin and islet function, and take the inflammatory factors, oxidative stress perspective to clarify the mechanism of action of Wu Ling capsule.

The main inclusion criteria are: (1) a clear diagnosis of type 2 diabetes, in accordance with the "WHO diabetes diagnosis and classification criteria" (1999) on the diagnostic criteria; (2) In line with the 10th edition of international classification of diseases-mental and behavioral disorders in mild depression, about psychiatric symptoms of depression and recurrent depression (mild depressive and psychotic symptoms of depression) diagnostic criteria; (3) Hamilton Depression Scale (HAMD, 24 version) score more than 8 points, less than 35 points; and meet the diagnostic criteria of TCM syndrome of incoordination between heart and kidney; (4) age 18-60 years; (5) antidepressant drugs and psychotropic drugs are not used in 2 weeks; (6) patients of glycosylated hemoglobin is less than 8%; (7) the condition allows, have the ability of self-awareness, to correctly understand and answer the questionnaire content.

Wilcoxon Signed Ranks Test is used for ranked data, measurement data is expressed by X ±S, compared through analysis of variance. The normal transformation data are assessed LSD, the non-normal distribution data are conducted with Tamhane’s T2 statistical disposal; the statistical techniques employed for data analyses are descriptive statistics and correlation analysis. All results are analyzed with using SPSS 20.0 statistic software, P<0.05 is of statistical significance.

It was confirmed that Wu Ling Capsule can improve the depression of type 2 diabetes more stable modulation of glucose and from the perspective of inflammatory factors, oxidative stress to explain the mechanism of Wu Ling capsule.

Copyright: © 2016 Tang X, et al. This is an open-access article distributed under the terms of the Creative Commons Attribution License, which permits unrestricted use, distribution, and reproduction in any medium, provided the original author and source are credited.