Conceptual Analysis of the Theory of Human Capital: A New Dimension 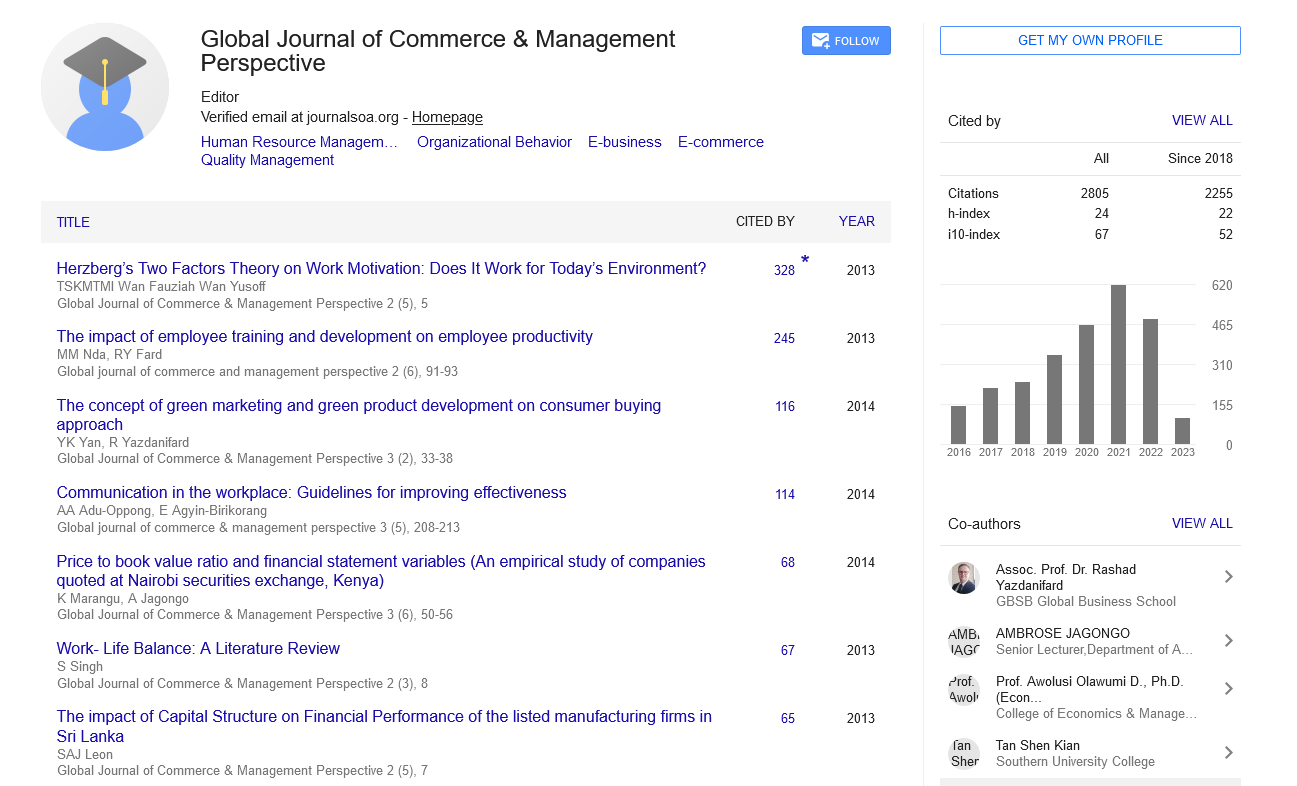 Conceptual Analysis of the Theory of Human Capital: A New Dimension

Numerous studies have emphasised the importance of investment in human capital and their relationship to performance and outcome, where the credit goes to Nobel Prize winners and University of Chicago economists Gary Becker, Theodore Schultz and James Heckman.

Uneven Distribution of Traits, Characteristics and Qualities (TCQs) constituting the human capital is not uncommon, though most of them are pre-ordained or inherited, but to a large extent acquired or cultivated. Once prevalence of these factors and features in human capital is recognised and realised, it will have a transformational impact on human life and society. The paper aims to present some of the results of our studies, bringing out the human capital paradigm and its relevance in human accomplishments. This paper has several purposes, however it is mainly to propose and articulate a human capital taxonomy that is grounded in psychological constructs. We do this by defining human capital in terms of several well‐studied psychological domains, and focus on two areas -temperament and character.

Human capital is defined as the economic value of factors, ingredients and quality of work and execution, which eventually influence productivity. There is a well known Theory to this human capital. Wayback in 1964, Nobel Prize winners and University of Chicago economists Gary Becker and Theodore Schultz expounded the theory of human capital. Becker realised that investment in workers is no different from investing in capital equipment, which is another factor of production. Both are assets that yield income and other outputs. Human capital is Becker's classic study of how investment in an individual's education and training is similar to business investments in equipment [1]. The Becker view lies in human capital being directly useful in the production process.

The Nobel Laureates have observed a balanced and also an unbalanced manifestation of each of the personality traits. Our personality can be defined as a deep-rooted pattern of behaviour consisting of elements that are cognitive (i.e, thoughts), volitional (i.e, will), affective (i.e, emotions) and lastly having behavioural tendencies (i.e, inclinations). Personality can thus be seen as a “molecule” made up of two homocentric dimensions along with the results of interaction between them. The two dimensions are temperament and character.

Temperament is formed by constitutional elements determined by our genetic disposition. These are generally very hard to change [2]. According to them, traits play an important role in temperament as well as emotional patterns besides other behavioural propensities. In short, temperament is our inherited tendency of behaving, thinking and feeling. On the other hand, we acquire our character, and hence we can change it. Our character depends on our education, culture, actions, experiences and the social environment. It is subject to constant environmental influences. Our personal resources interact with them to change our personality to a greater or lesser extent, in either positive or negative ways [3,4].

Moreover, a balanced personality is one in which personality traits are of average intensity (i.e, normal), which need to be activated and developed. It’s a lifelong process, meaning that we continue tuning and improving our personality throughout our lives. We all suffer from psychological weaknesses, to a greater or lesser extent, which often emerge from comparison (with others) on the basis of uneven distribution or allocation of human capital. Reverberation also takes place in the intensities of our personality traits. In everyday life, these imbalances invariably produce feelings of frustration and emotional dissatisfaction thus challenging healthy personal relations [5].

Proposition of a new dimension to the theory of human capital

Based on the principle underlying the Theory of Human Capital expounded by Becker and Schultz, a new concept or thought thereof, has been conceived and proposed. Given the historical and social background, human capital would be construed as a combination of several good, average and poor traits, characteristics and qualities (TCQs) corresponding to the two homocentric dimensions of personality, mentioned earlier. These would include education-academic and professional, intelligence, personality development, attainments and accomplishments, financial stability, wealth, family life, marriage and children, health, and fitness besides values and virtues such as integrity, honesty, love, will power, determination, compassion and empathy [6]. For a better understanding of the present paper, the works of Ackerman, [7] Allen, Robbins and Sawyer are cited [7-9]. Providence/Nature has endowed human beings with a mix of good, medium, average, below average or poor traits, characteristics and qualities (TCQ). Accordingly, these factors forming human capital are either pre-ordained or designed before hand. Nonetheless, they are acquired, cultivated or developed in the course of life and living. It is Providence/ Nature again which distributes or allocates these characteristics or features in such proportion or manner so as to constitute a total sum of say 100 Units/Points, a notional or factored figure. When there are some or several TCQs being assigned more units or points, Providence or Nature that balances them by distributing or apportioning lesser Units/Points to other/ remaining factors in human capital, so that the composition of Units/Points does not exceed the sum total of 100 [10].

It will thus be seen that there is uneven distribution or balancing of TCQs constituting the human capital in every person (Bandura) [11]. This distribution or allocation of units/ points across TCQs is naturally considered as Nature's way of balancing them in a pre-designed and uneven manner. Viewed from the prism and perspective of distribution or allocation of TCQs constituting human capital, the pattern would be analogous to the ecological balancing of life forces comprising man, animal and plant. Thus, what’s taking place in the macro world is also happening at the human life level. Reduced or derived from this factual or logical process is that TCQs constituting human capital are so distributed unevenly or randomly, but within the framework of the factored 100 Units/ Points. Thus, this concept or thought of uneven distribution of human traits, characteristics and qualities (TCQs) is a natural phenomenon, having evolved since ages.

It would be only right and appropriate to describe this thought and proposition as a new dimension to the Theory of Human Capital.

The New Dimension to the Theory of Human Capital encompassing the uneven distribution of TCQs in a person, could be best understood or interpreted from the following illustrative situations.

When individuals are known as being highly intelligent or academically brilliant, they usually have a few contrarian TCQs such as ailments, absent mindedness, lack of offspring, family issues, marital differences and learning or acquired disabilities, which operate as balancing factors.

In the case of businessmen/industrialists who are rich, wealthy and philanthropic, they invariably have hurdles, setbacks, challenges and problems of plenty. To name a few, they would have one or other of health and family issues, lack of heirs as successors besides typical business constraints and severe impediments.

As for accomplished persons and achievers in various fields, disciplines, scientific and technological areas, sports, fine arts, classical music, etc., they usually have several issues and challenges. Broadly speaking, they suffer from one or other problems, viz. health, failed marital relationships, late marriage, disharmony with offsprings, frustration arising from failures of foraying into business, social and cultural activities, besides setbacks in accomplishments.

Then, there is a discernible or separate class of people who are severely handicapped or having disabilities from birth or since childhood. But the redeeming feature among this class of people is that many have not felt disabled or constrained in their professional pursuits, jobs, works or chosen areas of interest, but turned out as achievers and outstanding performers, thereby overcoming their disabilities and physical or mental challenges. They are accordingly an exception to the lot of people having acute contrarian factors and features. A select list of such famous personalities and achievers, having unevenly distributed TCQs, is provided as Annexure.

Apart from the above differentiated persons, there is another category of people, who are above average, consistent and normal. Understandably, they have basic education, income, job or career, family life, etc. as their human capital, but are somewhat or apparently equal and in even measure, which however add up to 100 Units/Points. It, therefore, turns out that equal or even distribution of TCQs to this class of people may not have been intended or designed by Providence or Nature. In such a situation, ironically these persons or their close kins strangely come across serious accidents, crashes, mishaps or fatalities.

From a fair and balanced view of the variously defined factors, the majority or the largest number of people could be found as having uneven distribution of human capital comprising TCQs. They may not be aware of, or not have understood the idea or thought of unevenly distributed and ecologically balanced human capital. To a large number of people, even if they were to knowthe inadequacy or deficiency in their TCQs, they would not be willing or interested in sharing this information but may shy away from telling or describing their human capital [12] .

In the ultimate analysis, this New Dimension to the Theory of Human Capital arising from the intended act of Providence or Nature may redress their concerns, anxieties, fears, setbacks, etc. and put them to rest. This realisation may sooner or later enable humans to come to terms with reality. Eventually, they would reconcile with, and concede to the pre-ordained or pre-designed uneven Distribution of TCQs forming Human Capital Lubinski, [13] One can then move on in life and work peacefully and satisfactorily, without having reservations or making comparisons. Moreover, inhibitions, fear of the unknown and setbacks as also the contrarian factors will no longer be cause for concern, frustration, disillusionment or anger. In that event, persons endowed with human capital, but having unevenly distributed and ecologically balanced TCQs can proceed to live a calm and peaceful life, free from emotional stress and psychological pressure.

It now transpires that this Dimension of uneven distribution of TCQs to the Theory of Human Capital is all pervasive and has universal application. As this new Dimension to the Theory of Human Capital affects every man or woman, it would only be natural and apt that they realise the reach and dynamics of this interesting phenomenon. In course of time, majority of people may become aware of, reconcile with, and subscribe to the thought of unevenly distributed and ecologically balanced human capital.

Once, or as soon as possible, people start accepting, realising and reconciling to the functional reality of the conceptualised theory of uneven distribution of traits, characteristics and qualities, it will be a turning point or game changer in their lives. Life for them would be free from the clutches or burden of viewing it from the thought of being saddled with uneven traits, characteristics and qualities. It will have a salutary effect and transformational impact on their lives.

When people start looking into their lives from the angle or prism of pre-ordained or designed before hand TCQs constituting human capital, then they will not have cause to crib or reason to grumble and feel sorry or disillusioned. Looking around and interacting with people having similar or unevenly distributed human capital factors, they may gradually reconcile to it.

Copyright: © 2022 Pant JS, et al. This is an open-access article distributed under the terms of the Creative Commons Attribution License, which permits unrestricted use, distribution, and reproduction in any medium, provided the original author and source are credited.