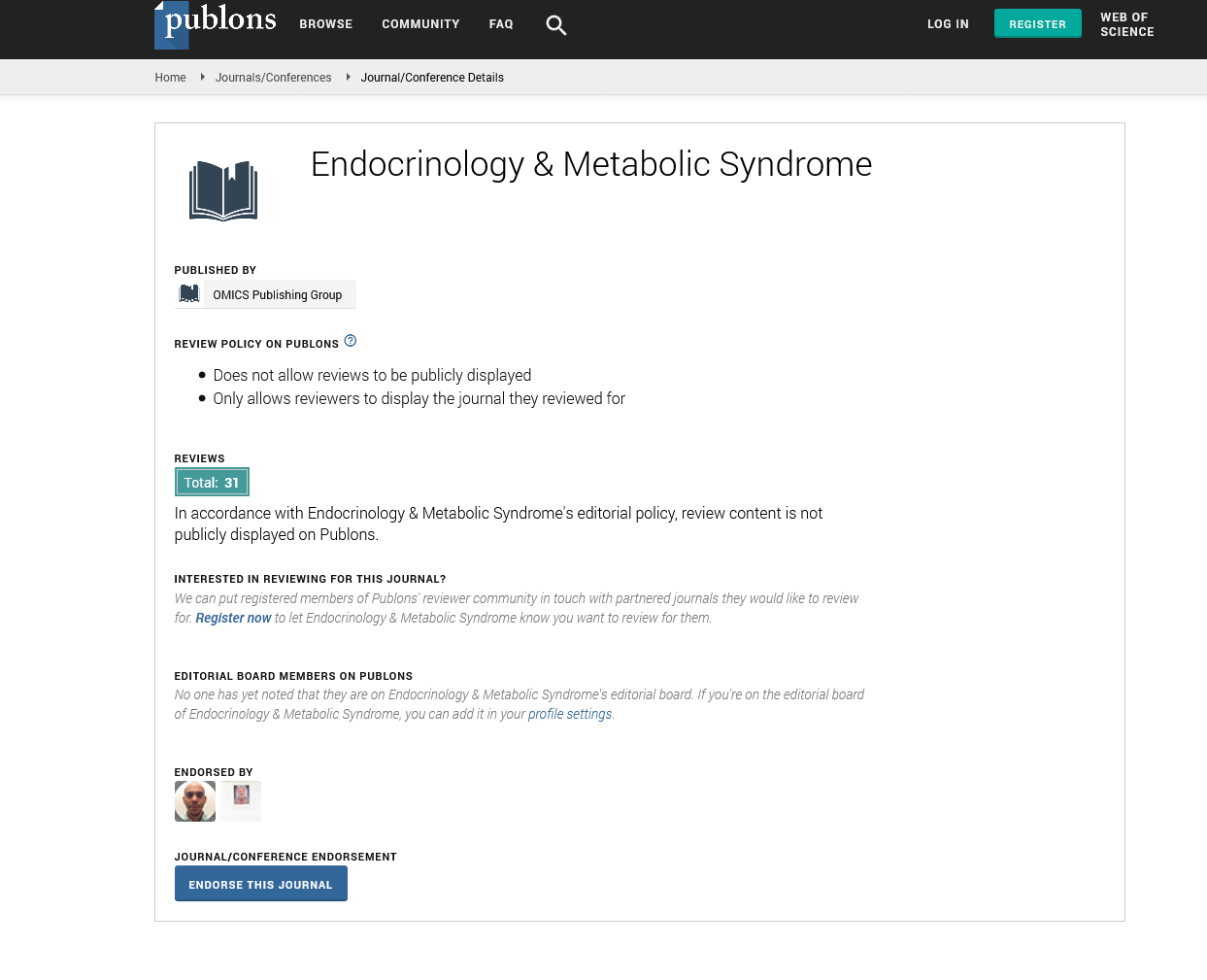 Proceedings of 5th International Conference on Diabetes and Cholesterol Metabolism Chronic co-morbidities are substantial in people with diagnosed diabetes where arthritis is nearly twice as likely to co-occur indicating a diabetes-arthritis connection. In this study, the impact of quality of life on the prevalence of arthritis as a co-morbid condition with type 2 diabetes (T2D) was assessed and alteration of lipid biomarkers (HDL, LDL, TG and TC) and liver enzyme (alanine aminotransferase) with this co-morbidity cluster was observed. A cross-sectional analysis was conducted on 528 T2D patients with and without arthritis as a co-morbid condition. Data was collected using the structured interview with the questionnaire and using retrospective data for a period from February 2016 to July 2016.The correlation of glycated haemoglobin (HbA1c) with individual lipid indexes and liver enzyme were analyzed among the subjects. Female were more susceptible to arthritis as a co-morbid condition with T2D. Higher BMI was found in cases of patients with arthritis who also had lower tendency to meet the recommended level of physical activity. 74% of patients with arthritis, had uncontrolled HbA1c, p=0.03 as well as their triglyceride and total cholesterol was seen to be elevated, p=0.01, p=0.92 respectively. 54% of the patients with uncontrolled HbA1c were experiencing high LDL (p=0.01). Among the patients with high ALT level, 26% of them exhibited controlled HbA1c and 51% had an uncontrolled HbA1c level (p= 0.01). Patients with diabetes and arthritis co-morbidity faced difficulties to control their HbA1c and this uncontrolled situation further lifted up other biochemical parameters (LDL, TG, TC, ALT) as well.

Mohammad Nurul Islam received his PhD in Molecular Pharmacology from Tokushima University, Japan, in 2012. Presently, he is an Associate Professor of Pharmacology at the Department of Pharmaceutical Sciences, North South University. His research interest includes both allergic and diabetic inflammation and co-authored a significant number of research articles and they were published in various recognized journals. He also attended a number of scientific seminars and presentations both nationally and internationally and received good number of awards.