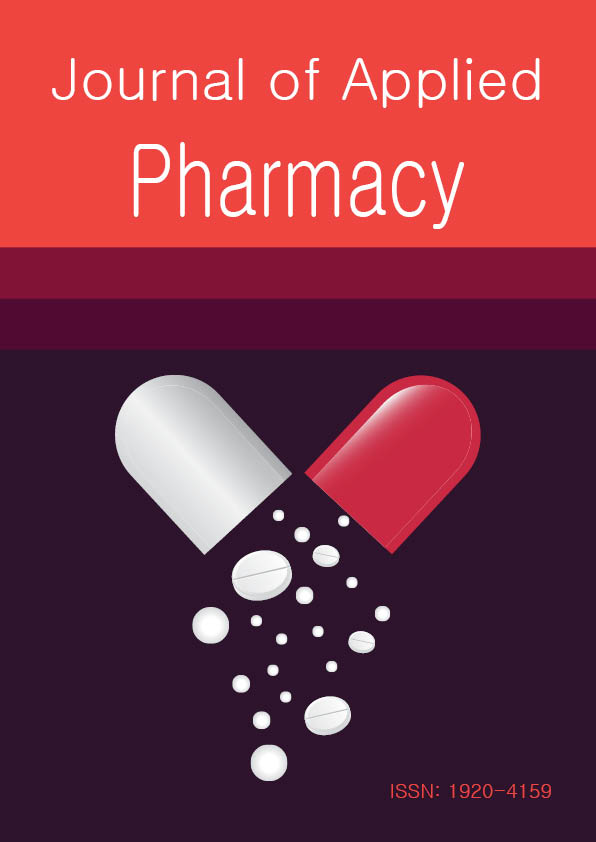 Theophylline is a drug that has been used for asthma disease, for more than 80 years. It has been used for its bronchodilator effects; however, dosing was critical because of it is narrow therapeutic index which may lead to failure in treatment of toxicity. This case illustrates the important of individualization of the theophylline based on the patient medical history. Pharmacist intervention and knowledge in the drug disease interaction, considering the pharmacokinetics data, would be valuable for the success of the treatment.

Description Of The Problem

This 55-year-old African male was referred to us because his asthma was not controlled. He was prescribed inhalers, but he complained of recurring attacks. His weight was 86 kg and his height is 5’8”. Recently he was admitted to hospital where an aminophylline infusion was given (loading dose was 425 mg) and a maintenance infusion of 43.5 mg/hr. A level drawn at the hospital reported to be 12 mg/L. The patient was discharged a few days later with a prescription containing theophylline SR 350 mg bd.

Now that this patients’ asthma is not under control, his GP ordered a plasma level for theophylline suspecting a sub-therapeutic dose. The result was reported as 5 mg/L. Based on this result his GP increased his dose to 500 mg bd (calculated 13 mg/kg/day). Once again, the plasma level was 6 mg/L.

The GP referred the case to us for

Upon assessment it was found that this patient has shallow breathing indicating poor usage of lung. The inhaled medicinal particles need to reach the site of action to exert their activity (bronchial dilation or anti-inflammation). Shallow breathing (not using the diaphragm) does not help the micro-particles to travel far enough and they are not delivered to the site of action, thus not exerting pharmacological effects as this is a topical application. Patient needs to be educated on proper breathing techniques.

Effective bronchodilation without excessive side effects is achieved within a narrow range of plasma concentrations. This therapeutic range is 10-20 mg/L, though some bronchodilation occurs from 5 mg/L upwards.

There are several reasons why the plasma concentrations are low:

1. Compliance issues: This was assessed (determined from a tablet count during a clinic visit) and was found compliant.

2. Time of sample: The sample was drawn 8 hours after the last oral dose.

3. Absorption problem: This could be because of the following: Dissolution; Disintegration; Failure of SR system; Transit time; and/or Dosing interval:

No complaints from other patients about the tablet of the same batch.

The Drug Company assured us there is no problem with this batch as far as formulation was concerned.

4. Plasma clearance: Serum concentrations among patients vary, and half-lives exhibit wide inter-patient variation because of differences in rate of metabolism (AHFS, 1998). Hepatic enzymes inducers (some drugs and smoking), age (1-16) and diet will increase clearance of theophylline and so results in lower steady state plasma concentrations.

Since the patient was on Theophylline for a few days and compliance was assured; we can assume a steady state and the level 6 mg/L represents the average steady state concentrations.

Based on the expected Cl and a dose of 500 mg bd, the plasma concentration should be:

However, based on the reported plasma level (6 mg/L),

This observed Cl (6.94 L/hr) is higher than the expected Cl (2.7 L/ hr). Based on the observed Cl a higher dose should be administered to achieve a plasma level of 10 mg/L. Targeting A Cpss of 10 mg/L

The dose of theophylline necessary to obtain therapeutic concentrations varies tremendously among patients - for example, from 450 to 2250 mg/day- because of wide individual variations in pharmacokinetics (Bukowskyi et al.). However, this dose (833 mg bd) seems to be high for this patient. The high Cl for this patient (calculated after oral dosing) did not correlate well with Cl when the drug was given by IV infusion over 45 minutes.

As an infusion of 43.5 mg/hr resulted in steady state plasma level of 12 mg/L then we can calculate the clearance by:

Thus, the clearance 2.9L/hr when the drug was administered by IV route. Based on this data the patient should receive a Dose = T x Cpss x Cl / S xF

This estimated dose is similar to the dose (350 mg every 12 hours) that the patient was prescribed when discharged.

Due To This Discrepancy A Bioavailability Problem Is To Be Considered

The bioavailability issue is based on the fact that no apparent factor (disease) could affect the clearance in this patient including diet (theophylline clearance is increased, and its half-life decreased by low carbohydrate/high protein diets daily consumption of charcoal-broiled beef).

According to the manufacturers data, the SR formulation obeys zero order absorption kinetics, resulting in a stable theophylline levels over 12 hours when at steady state.

Sustained-release formulations of theophylline, as well as some other drugs, are designed to affect a delayed but constant release of the active principle in the gastrointestinal tract, thus ensuring more prolonged blood level curves.

Dosing intervals for sustained-release theophylline preparations depend on the rate of formulation absorption, the rate of elimination by the patient, and clinically acceptable fluctuations in serum concentration [1].

Sommer et al. concluded that host factors related to gastro-intestinal physiology impose highly variable theophylline absorption profiles on sustained-release formulations [1]. Absorption of theophylline may be delayed but is generally not reduced by the presence of food in the GI tract. However, food may induce changes on the bioavailability of some sustained release theophylline matrix tablets, which uses a hydrophilic matrix or lipid matrix.

Gai et al. provided evidence that both formulations showed no differences in t1/2 and MRT when the tablets were administered with any type of diet [2]. While no differences in tmax and AUC were found when the hydrophilic matrix tablet was administered with any class of diet, a higher Cmax were obtained when the tablet was administered with any class of meal. The analysis of the ratio Cmax/AUC evidenced that changes in Cmax for normal and high fat diet were attributable to a higher rate of absorption, probably due to a delay in gastric emptying, thus avoiding the rapid formation of the gel structure which controls the liberation of theophylline.

The lipid matrix tablet showed a statistically significant delay in tmax comparing the fasted condition with the different diets. AUC, Cmax, and the ratio Cmax/AUC did not change when the tablet was administered with the normal diet. High fat and high fat/high protein diets produced higher AUC (31% and 40%, respectively) and Cmax (40% and 56%, respectively) than under fasting condition.

The analysis of the ratio Cmax/AUC indicated that changes in Cmax were more probably due to changes in the amount absorbed. The study by Gai et al. concluded that, a sustained-release theophylline tablet formulated as a lipid matrix is affected by any meal with a high fat content, probably because of the increase of pancreatic and biliary secretions promoted by the meal that would affect the matrix itself [2].

Although, the co-administration of food resulted in physiologically determined changes, Pabst et al. concluded that these changes are probably not therapeutically relevant during long-term administration [3].

Wilson et al. concluded that the theophylline sustained release formulation is not sensitive to the effects of major changes in gastric H+ concentration and plasma theophylline concentration profiles were identical for the two treatments (with or with ranitidine 150 mg bd) [4]. The effect of omeprazole could not be neglected, however, there was no effect on the extent of absorption as reported by Sommer et al. [1]. Possibly hypochlorhydria amplifies the increased motility which follows the intake of a meal, with more rapid drug absorption.

Incomplete absorption and/or increased metabolism may have contributed to this low serum level. Dissolution appears to be the rate-limiting step in the absorption of oral theophylline. If the SR tablets failed to completely disintegrate and release the drug within the designated time, allowing dissolution and absorption, then bioavailability will be affected, as less of the drug will enter the systemic circulation after absorption.

If there is an alteration in GI transit time, then it may negate the benefit of an SR formulation. The SR formulation needs to be absorbed over a length of time from the intestine. If passage through the absorption site is fast, then absorption will be limited.

Upon further communication with the GP, it appears that the patient had a small bowel resection a long time ago. This could explain the lack of complete absorption from this SR form and the lower plasma level. Absorption of theophylline continues at the large bowel, but not to the same extent as the small bowel (ie differences in the surface area, environment and the structures). As the intestine (absorption area) has been reduced, due to the operation, only a fraction of the theophylline in the SR formulation was absorbed. For complete absorption both the entire bowel area and enough time is needed to complete the process. In this instance the tablet passed through the shortened bowel faster than normal hence less of the drug was absorbed. Sommers et al. reported that absorption from the large bowel accounts for 38% of the administered dose [5].

Bonora et al. reported that the mean cumulative fraction of the dose absorbed following administration of the conventional formulations of theophylline tablets was maximal at 3 h i.e. approximately 3 h ahead of the mean oral-caecal transit time, which was 5.9 h (complete absorption occurred in the small intestine) [6]. With the sustained--release formulation, approximately only half of the dose was absorbed at the time the medication reached the large bowel i.e. at about 5.4 h.

The calculated dose for immediate release formulation is as follows:

Due to the narrow therapeutic index it is possible to calculate Cpmax and Cpmin.

Breathing well. The dose of Pulmicort is reduced to 800 mcg daily. The frequency of using his Ventolin is less than before.

Theophylline was considered for this patient when treatment with optimal doses of inhaled steroids and bronchodilators failed to provide adequate control. On follow-up with the patient, his technique in using the inhalers and his breathing technique had improved. This improvement is evident by the patients’ reduction of inhaler usage. It is reasonable to try without the theophylline.

Copyright: © 2019 Al-Somai N. This is an open access article distributed under the terms of the Creative Commons Attribution License, which permits unrestricted use, distribution, and reproduction in any medium, provided the original work is properly cited.