A simple, portable measure of daytime sleepiness is the Oxford Sleep Resistance (OSLER-2) test; however its use is limited to those with good hand function. This study modified the OSLER-2 test to assess the measurement of daytime sleepiness using two alternative, non-hand-held response switches. As illustrated, the unit was modified to accept the standard hand-held switch, a head-tap switch (“Jellybean; Figure 1”) and chin-tap switch (“Wand; Figure 2”). Participants were required to respond to a central LED light presented for one second every three seconds. It terminated following either seven consecutive missed responses (participant asleep) or forty minutes (maximum test length, “performance time”). Figure 1: The Jelly-bean switch (button on pillow) with illustration of its placement for a head tap. Figure 2: The Magic Wand-Pad switch with illustration of its placement for a chin tap.

Twenty-two able-bodied participants with no diagnosed sleep disorders were sleep restricted prior to three testing days where switch order was randomized. The test was performed four times over each day. Sleep latency, performance times and errors were recorded along with video of the switch use. Figures 3 and 4 illustrate the sleep latency and performance times of the three switch types during testing. Review of the data and the associated video showed that the Jelly-bean performed most similarly to the standard switch. Although the wand was easy to trigger, there were false positive activations as peoples’ heads drooped forward as they became sleepy. As such we would suggest that the Jelly-bean can be considered as an alternative activation device for use with the OSLER in participant groups with limited upper limb function. 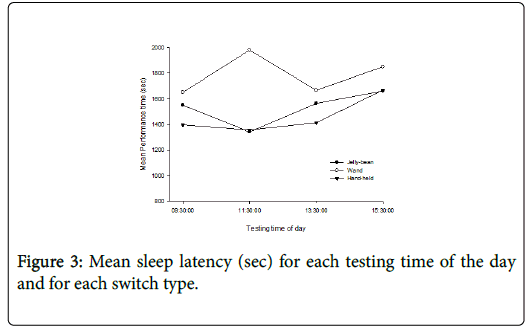 Figure 3: Mean sleep latency (sec) for each testing time of the day and for each switch type. 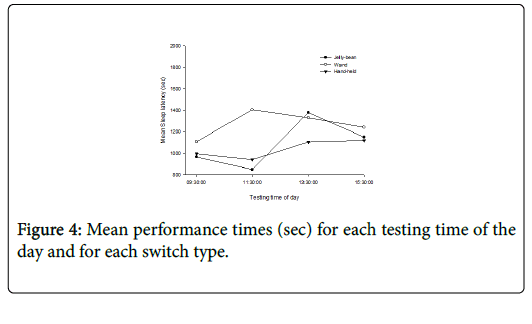 Figure 4: Mean performance times (sec) for each testing time of the day and for each switch type.

Copyright: © 2015 Roberts J, et al. This is an open-access article distributed under the terms of the Creative Commons Attribution License, which permits unrestricted use, distribution, and reproduction in any medium, provided the original author and source are credited.