To estimate the burned biomass and get the burned fuel types information by forest fire for the need of Chinese forestry management, basing on the fuel load from digital reference data, the combustion factor gotten from fieldwork, and the results of burned scar mapping by using the No.1 High-Resolution satellite (GF-1) of Chinese, the burned biomass estimation method at the subcompartment level has been developed using satellite images and Geography datasets. The method has been validated by the selected forest fire, which had taken place in Huangcaobai of Anning City, Yunnan province in year 2012.The total burned biomass is about 1.18 × 108 kg by using the panchromatic and multispectral scanners (PMS) image of GF-1; however, it is about 1.11 × 108 kg by using the Wide Coverage Image (WFV) of GF-1. The difference between them is 7.10 × 106 kg. This study also supplies a method for the single forest fire case when the fire radiative power (FRP) or fire radiative energy (FRE) of detected active fire points by using sparse low spatial resolution satellite images doesn’t satisfied the condition of Power Law distribution or Gaissian function.

Vegetation biomass burning has been identified as a significant source of aerosols, carbon fluxes, and trace gases, which pollute the atmosphere and contribute to radiative forcing responsible for global climate change [1,2]. The trace gas from vegetation biomass burning has been paid more attention from the scientific community over the past several decades as an important contributor to total climatic radiative forcing [3]. Spatial and temporal explicit mapping of the amount of burned biomass by fire is needed to estimate atmospheric emissions of greenhouse gases and aerosols that have a significant climate forcing effect. The methods for burned biomass estimation have been recently developed according to the assumption that the fire radiative power (FRP) or fire radiative energy (FRE) satisfies the Power Law distribution function or Gassian function [4-9]. In fact, the active fire points are so spare by using the low spatial resolution polar orbit satellite images [10-13]. The spare FRP or FRE of a single forest fire case usually doesn’t satisfy the Power Law distribution function or Gassian function. In this case, it isn’t suitable to estimate the burned forest biomass by using the methodology based on the model of Power Law or Gassian. In China, the basic forestry management is at subcompartment level. The information of the burned fuel type, burned biomass, and damaged is need for the forest manager at the subcompartment level after the forest fire. To get the method for burned biomass estimation at subcompartment level, the Chinese satellite images and geography datasets have been selected as the data for the study.

The burned biomass of the same forest fire, which had taken place in Huangcaobai of Anning City, Yunnan province in March 19, 2012, has been selected as the experimental area for the method implement. The location of this study is shown in Figure 1. 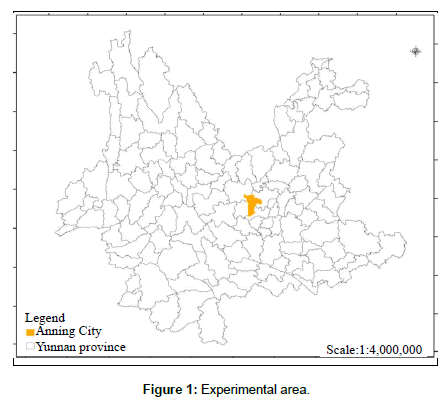 The No.1 high-resolution satellite (GF-1) is the first series of Chinese high-resolution satellites, which had been successfully launched on April 23, 2013. Its’ panchromatic and multispectral scanners (PMS) camera can get the 8 m multispectral image with blue, green, red and near-infrared band and 2 m panchromatic images. It also equipped with the Wide Coverage Image (WFV), which spatial resolution is 16 m. The main parameters of the GF-1 PMS and GF-1 WFV have been listed in Table 1.

To compare the difference by using different spatial resolution satellite images, the GF-1 PMS and GF-1 WFV images which cover the forest fire have been selected to the burned area mapping. The GF-1 WFV image of September 29, 2013 and the GF-1 PMS image of February 14, 2014 has been selected as the satellite image to get the burned area edge respectively because the burned area doesn’t be covered by cloud. At the same times, to get the burned fuel type and biomass, the digital maps of fuel type and fuel load at subcompartment level have been collected from local institution.

After the reprocessing to the selected GF-1 WFV and GF-1 PMS data, the burned area has been respectively extracted using GF-1 WFV and GF-1 PMS data. The reprocessing includes radiometric calibration, orthorectification, atmospheric correction and resolution merger. Orthorectification using Rational Polynomial Coefficient (RPC) and Digital Elevation Model (DEM); Atmospheric correction using Fast Line-of-sight Atmospheric Analysis of Hypercubes (FLAASH) software; and resolution merger using Gram-Schmidt Pan Sharpening method for the Panchromatic and Multi-spectral Scaner of GF-1 PMS sensor in ENVI 5.1 software. The burned biomass can be calculated when the burned area, the fuel load and the combustion factor of every subcompartment have been known. The burned area can be gotten by using the selected GF-1 images. The digital fuel type and fuel load at subcompartment level have been collected from local institution. The flowchart of this study is shown in Figure 2.

Figure 2: Flowchart illustrates the methodology of the study.

The combustion factor of every subcompartment has been measured through filed work in this study. Their range has been assigned from 0 to 1.0, with an interval 0.1 according to the burned area and the severity of the subcompartment. The value is 0 for unburned subcompartment and 1.0 for complete burned.

The model for burned biomass estimation at subcompartment level has been developed as Equation 1 based on the model of Seiler’s [15].

Then, the total burned biomass can be calculated using Equation 2.

Where: M is the total burned biomass (kg); n is the number of sub-compartment.

The results of burned area mapping by using the GF-1 PMS and GF-1 WFV have been showed in Figure 3. The results of burned biomass according to the method of section 5.3 and using the same classification value have been showed in Figure 4. It clearly shows the distribution of burned biomass from Figure 4, which can help the forest managers know the information of damaged forest and arrange the management in future.

The effection of burned area mapping Figure 5: The result for comparing the burned area and active fire points.

At the same times, we also analysed the frequence of FRP of the active fire points. There were only 24 active fire points by using Terra/ Aqua MODIS during the five days. The results showed in Figure 6. It shows that the distribution of FRP of the selected forest fire doesn’t satisfy the condition of Power Law distribution or Gassian. So, the burned biomass estimated methodology based on the distribution of Power Law or Gassian function couldn’t be properly applied in the forest fire case. 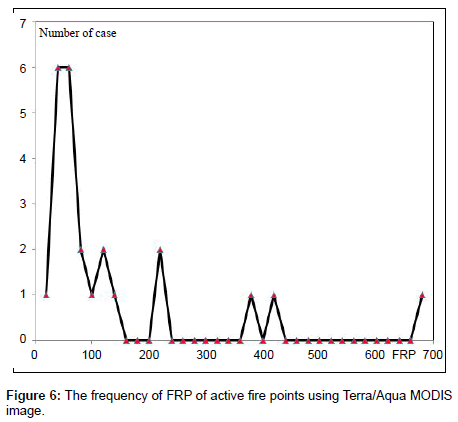 Table 2: The results of burned biomass estimation according to fuel types.

It shows that the main burned biomass is Dipan Pine from Table 2. Both of them are more than 9,000,000 kg.There are large difference between using GF-1 PMS and GF-1 WFV images from Table 2. The total difference between the value using the GF-1 PMS image and GF-1 WFV iamge is 7.10 × 106 kg. In this study, the fuel load coming from the reference data and the combustion factor gotten by filed work at subcompartment level; the burned scar edge has been extracted by using GF-1 PMS and GF-1 WFV images respectively. So, the difference comes from the different result of burned scar mapping.

It shows that the highest on R is Economic Forest from Table 2, with -99.52%. The second is others, with 17.46%. In addition, the lowest on R is Dipan Pine, with 4.58%. The R of the total difference is -6.00%. At the same times, the burned biomass has been also analyzed according to the subcompartment. Part of the results showed in Table 3 (because there are 249 subcompartment for the forest fire).

Table 3: Part of burned biomass estimation results according to subcompartment.

The burned forest biomass has been estimated by using the burned area, the fuel load and the combustion factor based on the subcompartment level. It shows that the method can supply the forestry manager the information of burned fuel type, burned biomass and burned area of every subcompartment by the forest fire for forestry management. At the sometimes, it supplies a method for the single forest fire case when the FRP or FRE of active fire points, getting from the sparse low spatial resolution satellite images, doesn’t satisfied the condition of Power Law distribution model or Gassian function.

All of us declared no conflict of interest in our study and in this paper.

Copyright: © 2016 Qin X, et al. This is an open-access article distributed under the terms of the Creative Commons Attribution License, which permits unrestricted use, distribution, and reproduction in any medium, provided the original author and source are credited.
Top