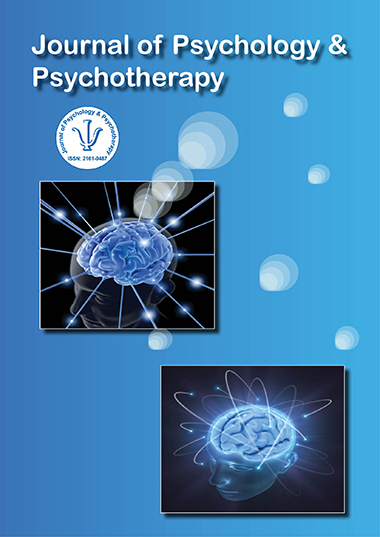 Aim: The current study was carried out to investigate the Mental Health level of the employed and unemployed youth of Kashmir.

Material and methods: MH-38 inventory was used to evaluate mental health status of subjects. The sample consisted of 200 respondents; of these 100 were employed and 100 unemployed were taken into consideration. The effect of experimental variable was study on one criterion variable (Mental Health). For data analysis Mean, S.D. and t-test were applied.

Results: The findings of the study showed that the two groups significantly differed on all the sub scales of mental health. Unemployed showed higher level of anxiety, depression, and loss of behavioural/emotional control, psychological distress, and have showed lower levels of life satisfaction and psychological well-being scores in comparison with employed group.

Conclusion: In the present study it was found that unemployed youth are more prone to mental health disorders and health related issues. Unemployed have higher level of psychological distress as compared to their counterparts.

The present study was to examine the impact of unemployment on the mental health of youth in Kashmir.

First of all, the investigator met the participants personally and explained them the purpose of the present study. In some situations permission was also taken from the concerned authorities. Then after, the investigator established rapport with the participants and requested them to participate voluntarily and cooperate in the data collection process and assured them that their responses would be kept confidential and utilized for the research purposes only. The participants were asked to read the instructions carefully given on the top of each scale. They were also requested to answer all the statements given in the scales sincerely. After receiving their consent, were administered to employed and unemployed youth individually.

The employed and unemployed youth of Kashmir were approached after getting permission from the higher authorities of employed youth as well as individual consent was taken from both employed and unemployed youth prior to the data collection. After taking the consent, data was taken separately from each of the participants. The background and purpose of the research endeavour was explained thoroughly to the each participant so that every answer will be quite truthful, reliable and transparent. Then after, the investigator established rapport with the participants and requested them to participate voluntarily and cooperate in the data collection process and assured them that their responses would be kept confidential and utilized for the research purposes only.

The Mental Health Inventory (MHI-38), developed Veit and Ware (1983), was applied to assess the mental health of the selected sample for the present study. This instrument provides an assessment of several domains of mental health including anxiety, depression, behavioural control, positive effect, and general distress. The full-length MHI consists of 38 items and has been studied extensively in a variety of populations. The 36 items are scored on a 6-point and 2 items scored on 5-point Likert type scale, ranging from 1 (all of the time) to 6 (none of the time). The subscale and total scores range from 0-226, with higher scores indicating better mental health. Subjects are asked to indicate how often they have experienced various emotions during the prior four week period. The scoring system for the MHI is relatively complex and generates a total score. One who scores high on this inventory is described as having high mental health and vice versa.

The t-test was applied to the obtained data to analyze the significance of a difference between the two groups, unemployed and employed youth of Kashmir on mental health inventory (Table 1 and Figure 1).

Table 1: Shows the mean, SDs and t-values on (MHI-38) in unemployed and employed youth. The results showed the values of anxiety; depression, loss of behavioural and emotional control is higher for the unemployed group as compared to the employed group. Coherently, the levels of the positive effects, the emotional ties and life satisfaction are higher in the employed youth. The “t” value on all the sub scales showed significant differences.

Unemployment among educated youth is one of the major social problems of Kashmir and the unemployment rates have continued to increase, most likely due to insufficient job creations. The present study aimed to address the gab in potential links between psychological distress and unemployment in the educated sector of the population. The problem of unemployment gains more importance because of higher incidence of unemployment among the educated section of youth in the state. Due to limited job opportunities available for educated youth in the state, the number of unemployed youth has been increasing in every passing year [58]. The previous studies was also focus on the industrial sector of the state of Jammu and Kashmir, both small as well as large scale and its potential to control educated unemployment and suggest measures and policies on the part of state government to establish the strong industrial base. Moreover, their study will examine the major causes for the failure of state and centrally sponsored schemes to eradicate unemployment in the state of Jammu and Kashmir [59]. Unemployment increases the psychological toll on families and can also increase stress and other negative effects of families which can exacerbate one ’s overall mental health [60].

In the present study we found that unemployed have higher level of anxiety, depression, loss of behavioural/emotional control and psychological distress and have lower level of emotional ties, life satisfaction and general positive affect in comparison to their counter parts. The present study also reports on the high prevalence and associated risk factors of depression, anxiety, and behaviour problems among job seekers. This indicates that preventive workforce initiatives aimed at better alignment between educational channel and job markets are needed. Furthermore, early mental support and resilience training programs during higher education are needed to potentially mitigate the elevated risk of mental issues among unemployed youth in Kashmir. We suggested that skill based and job-oriented courses should be taught at secondary level so that its pass outs are not rendered unproductive and jobless. Further exploring with a national large-scale sample concerning our yielded risk issues.

Author designed the study, collection of data, and drafted the manuscript and also revised and co-author approved for final manuscript for submission. The study was not financial supported by any government or academic bodies. The authors declared that there is no conflict of interests. All procedures on human subjects were conducted based on the ethical standards of the research.

Copyright: Ă?Â© 2020 Bhat MA, et al. This is an open-access article distributed under the terms of the creative commons attribution license which permits unrestricted use, distribution and reproduction in any medium, provided the original author and source are credited.