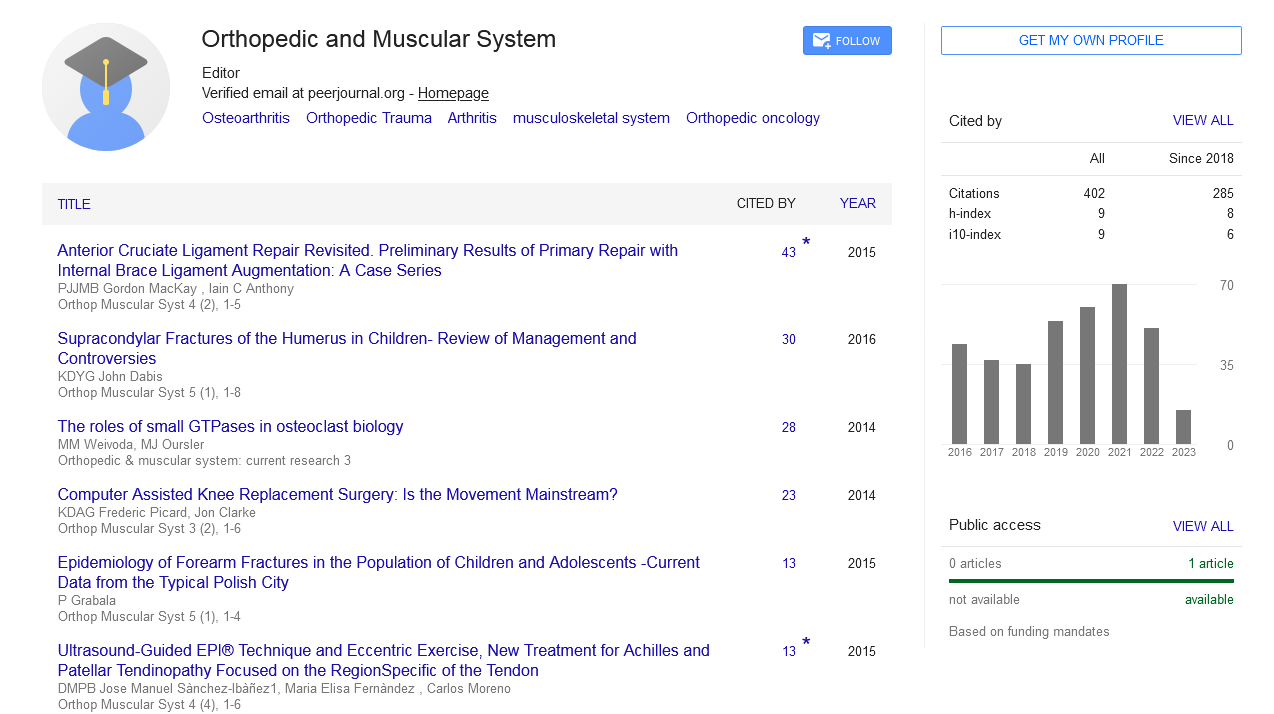 Forequarter amputations typically involve removing the entire upper extremity, scapula and part of, or the entire clavicle for palliative or curative purposes. Although the first forequarter amputation was performed in 1808 to treat a gunshot wound, currently the majority are performed to treat primary or recurrent soft tissue sarcomas of the proximal humerus or axilla. In the last two decades due to improved chemotherapy and radiotherapy treatments as well as improved surgical technique, there has been an increase in limb preserving surgeries at the expense of radical amputations. However major upper limb amputations remain a necessary treatment for aggressive or recurrent malignancies when limb preserving techniques have been exhausted. Forequarter amputations carry high complication rates including high local and distant recurrence, limb pain and wound complications often due to poor tissue quality, which can result from local radiation treatments. We present the case of a patient with recurrent upper extremity sarcoma and squamous cell carcinoma in a previously irradiated tissue bed that underwent a forequarter amputation with flap reconstruction following pre-operative embolization.

Forequarter amputations typically involve removing the entire upper extremity, scapula and part of, or the entire clavicle for palliative, curative purposes [1] and even as a life-saving procedure in hemodynamically unstable patients [2]. The first forequarter amputation was performed in 1808 to treat a gunshot wound [3] while the first forequarter amputation to treat an upper extremity malignancy was performed in 1836 [4]. In the last two decades, due to improved radiation and chemotherapy protocols and surgical techniques, there has been an increase in limb preserving surgeries at the expense of radical amputations [5]. However, major upper limb amputations remain a necessary treatment for aggressive or recurrent malignancies when limb preserving techniques have been exhausted [1]. The indications for forequarter amputation are well described and include intractable pain, neurovascular compromise, fungating local tumour growth and the inability to maintain limb function with complete resection margins [2,6]. The majority of radical extremity amputations are performed for high grade soft tissue sarcomas and squamous cell carcinomas [1,7]. Unfortunately wound healing, even with flap reconstruction, is often problematic due to prior local radiation to the tissue bed [8] and may be complicated by infection, skin breakdown, flap failure and a protracted post-operative course. Pre-operative embolization for the purpose of controlling intra-operative and post-operative blood loss is a described technique [9] and its use in conjunction with sarcoma resection has been reported [10] however its use in forequarter amputations has not been described. We present the case of a patient with recurrent upper extremity sarcoma and squamous cell carcinoma in a previously irradiated tissue bed who underwent a forequarter amputation with flap reconstruction after undergoing pre-operative embolization.

GG is an 85 year old retired electrician with a complex past medical and surgical history which includes renal cell carcinoma, mesenteric carcinoid tumour, B-cell lymphoma, chronic lymphocytic leukemia and multiple basal cell carcinomas. In 2006, GG noticed a painless nodule on his left elbow. Excisional biopsy with negative margins was performed; histology confirmed Malignant Fibrous Histiocytoma (MFH) as the diagnosis. This was followed by recurrence a year later and he underwent repeat excision and adjuvant radiation. In 2008, although clinically well the patient developed a 3cm mass in his left axilla and excisional biopsy confirmed spindle cell carcinoma. He subsequently underwent postoperative axillary radiation. Four years later, a hard 4×3 cm left elbow mass was noticed, MRI and a biopsy confirmed MFH recurrence. The tumour was in the previously irradiated tissue bed and further radiation was not recommended. Therefore surgical options were considered; these included above elbow amputation, local excision, and limb sparing wide excision, which would require concomitant total elbow arthroplasty and flap coverage. The patient adamantly rejected amputation and therefore elected to undergo re-excision of the mass, total elbow replacement and latissimus dorsi myocutaneous rotation flap. Due to perivascular scarring and inflammation from previous surgery and radiation, the flap pedicle was compromised and the flap was not viable. He therefore underwent urgent flap revision utilizing a radial forearm fasciocutaneous rotation flap, which was initially successful. Unfortunately the patient had a fall several weeks postoperatively and this caused a wound dehiscence along the flap margin. He went on to develop wound complications with subsequent deep infection; and after several debridement procedures, eventually agreed to an above elbow amputation which was performed without complication. Six months later, he noticed an ulcerating and foul smelling mass in his left axilla that was biopsied and pathology confirmed a new squamous cell carcinoma. Palliative (if not curative) treatment was necessary. Again treatment options were limited by previous radiation to the axillary region. The large rapidly growing, fungating, ulcerated and foul smelling tumour mass was found to be invading the chest wall (Figure 1). He was presented with local excision versus forequarter amputation as the surgical options. After lengthy discussions with the surgical team, the patient and his family decided to undergo a left forequarter amputation. Preoperative consultation by vascular surgery advised preoperative embolization. Due to the proximal location of the mass and its location in a previously irradiated bed there was concern about maintaining vascular control and limiting wound haemorrhage during surgery. Therefore on the day of the planned amputation, the patient underwent left subclavian and axillary artery angiogram with left subclavian artery embolization (Figure 2). At surgery, a modified forequarter amputation was performed. A racquet incision was utilized (Figure 3) and the humerus was resected first in its entirety in order to gain access to the chest wall lesion. The dissection was extended over the chest in order to obtain the widest possible margin. Unfortunately the tumour mass was adherent to the chest wall and a rib cage resection would be necessary to obtain a curative margin. Given his age, medical comorbidities, and oncologic history, the surgical team decided that chest wall excision was unwarranted and the mass was de-bulked off of the upper rib cage. The distal clavicle and lateral scapula were then excised and the neurovascular structures were ligated and cut in sequence. We were able to utilize the posterior half of deltoid muscle and overlying skin for local flap closure and a tension free closure was obtained (Figure 4). At the time of closure, flap edges appeared viable with adequate bleeding. There were no difficulties with intraoperative bleeding and standard measures for hemostasis were adequate.

Figure 2: Pre-operative subclavian and axillary artery angiogram with subclavian artery embolization was performed in order to help with intraoperative hemostasis. Figure 3: A racquet incision was utilized with early excision of the humerus. The tumour was adherent to the chest wall. Post-operatively, the patient was hemodynamically stable and did well initially. Unfortunately, over the next two weeks his flap margins began to show ischemic changes and revision surgery was required for flap debridement. At surgery it was evident that deltoid muscle and overlying skin had necrosed, likely due to the combination of previous radiation and embolization. To obtain wound closure further clavicle and near-complete scapular body excision were necessary. But unfortunately the wound margins underwent further necrosis and addition debridements were needed (Figure 5). Ultimately wound coverage was obtained via vacuum assisted closure (Figure 6) followed by split thickness skin grafting 2 weeks later. Forequarter amputation is an uncommon procedure that is typically performed to treat aggressive primary soft tissue sarcomas and their recurrences [1,11-13]. Although significant improvement in quality of life can be observed [1,13], post-operative complications are frequent and include bleeding, wound dehiscence and necrosis [13] phantom pain [2,14,15] high rates of early local and distant recurrences and high post-operative mortality rates [16]. Although forequarter amputations are performed for curative management [15,17], this type of procedure has typically been described in the context of palliative surgery with a post-operative survival of less than 2 years [15,18,19]. Extended forequarter amputation with or without chest wall resection and/or pneumonectomy has been described for lesions extending into the chest wall [15] however, we did not think the additional risk of such a dissection was justified in this particular case. Pre-operative embolization has been described as an important adjunct in neurosurgery, general surgery, urology, head and neck surgery, oral surgery and orthopedics to minimize intraoperative bleeding [20-23] and although complications such as nerve injury [24], arterial infarction [25], local hemorrhage and ischemic events [26] and embolization of improper structure have been described, the majority are performed successfully. Unfortunately, in our patient the skin flap and underlying muscle did not survive. In retrospect, the failure of the flap could have been due to the combined insult from previous local irradiation, high tumour burden and pre-operative embolization; however at the time of surgery, blood flow to the flap was deemed acceptable and we made the decision to proceed with primary closure. Although the patient suffered a post-operative wound complication, in our opinion, his chances of suffering a catastrophic complication would have been much higher if pre-embolization had not been performed.

The patient had an unusually extensive past oncological history, which included multiple soft tissue sarcomas and chronic lymphocytic leukemia from which he was still alive and apparently free of any metastatic disease. There is also a very strong family history of multiple malignancies. We suspected a germline cancer mutation such as Li- Fraumeni syndrome and therefore consulted medical genetics for appropriate testing. Fortunately for the patient, his children and several grandchildren, the results were negative for a cancer mutation.

This is a complex case underlining the importance of clear communication between the surgical team, patient and family, balancing operative risks and benefits as well as patient expectations, careful pre-operative planning and frequent post-operative follow up. Although his case is likely palliative rather than curative and his postoperative course will likely involve local recurrence, at last follow up (8 months post-operative), his pain was well controlled and he was able to participate in daily life activities.

Copyright: © 2015 Taylor M, et al. This is an open-access article distributed under the terms of the Creative Commons Attribution License, which permits unrestricted use, distribution, and reproduction in any medium, provided the original author and source are credited.