A Traumatic Dislocation of a Unicondylar Knee Replacement: A Case Report A Traumatic Dislocation of a Unicondylar Knee Replacement: A Case Report

Dislocation of Unicompartmental knee replacement (UKR) is extremely rare and surgical management in revision knee arthroplasty is challenging. Only very few cases, have been reported with this complication of the UKR with varying degrees of associated injury. We are reporting a traumatic dislocation of UKR at least five years after the primary operation in a 68 year old gentleman presented to the accident and emergency department with a swollen left knee after a crush injury. He had a medial Oxford Unicompartmental knee replacement previously for osteoarthritis. This was completely dislocated and impeded in the soft tissue of the knee. Finally this was revised to a total knee replacement successfully. The decision in this case to revise the UKR to a TKR was based on the clinical findings and the surgeon’s experience.

Unicondylar Knee Replacements have been performed since the early 1970’s with mixed success. Over the last 25 years implant design, instrumentation and surgical technique have improved markedly making it a very successful procedure indicated mainly for arthritis [1].

Recent advances allow us to perform the UKR through a smaller incision and therefore are not as traumatic to the knee making recovery quicker and as with any major surgery there are potential risks involved. In this case we are interested in the extremely rare complication which is the dislocation of the knee or the prosthesis and loosening of the UKR [2]. Revising a UKR to a TKR is not always a straightforward procedure [3]. Around a third of them would require a revision tibial tray with a stem and/or an augment due to the degree of bone loss. Over 56% will end up with a combined implant thickness of over 15 mm [4-6].

A 68 year old farmer presented to the emergency department with a swollen left knee. He was crushed between a young calf and a wall as the calf kicked back onto him. He felt immediate pain in the left knee and was unable to stand on the leg as the knee collapsed under him. This knee had in situ a medial Oxford Uni-compartmental replacement (UKR) since 2006 for osteoarthritis. On examination, he had a grossly swollen left knee joint with a large medial haematoma and healthy intact skin overlying the joint. There was no obvious deformity of the left leg and it was neruovascularly intact. It was an isolated injury and plain knee radiographs showed the femoral component of the UKR completely dislocated and displaced medially to the joint line (Figures 1 and 2). 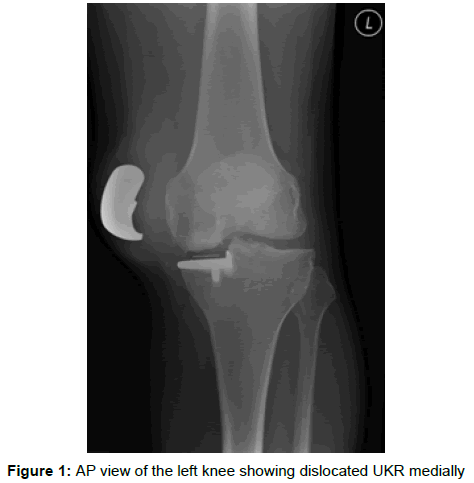 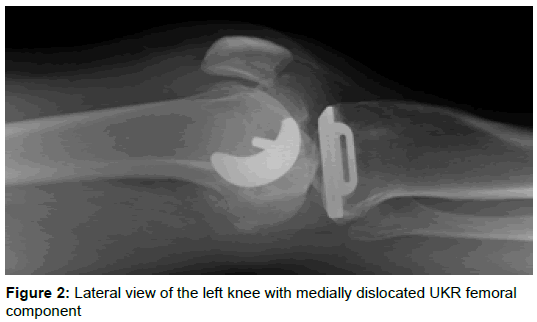 A definitive management plan was made to revise the UKR to a Total Knee Replacement (TKR) (Figure 5).

Examination under anaesthesia revealed medial instability of the knee with a maximum valgus deformity of 30 degrees suggesting damage to the medial collateral ligament (MCL) and possibly the cruciate ligaments. Through an extended medial parapatellar incision and approach the knee joint was exposed (Figures 3 and 4) revealing the dislocated femoral component in the medial subcutaneous tissue. There was a large defect in the medial joint capsule and avulsion of the MCL off its femoral attachment. The anterior cruciate ligament was completely torn (Figure 3) whilst the posterior cruciate ligament had 20% of its body intact. The tibial component of the UKR including its fixed bearing was secure. This was removed and the MCL repaired with 2 Mitek bone anchors with repair of the capsule using number 2 Vicryl sutures. A posterior stabilised PFC (DePuy) TKR was then performed. Post operatively the knee was placed in a hinged knee brace with unrestricted range of movement for six weeks. The patient currently has a range of movement of 0-110 and a stable knee throughout the range of movement. Figure 3: Intraoperative exposure of the knee with the metal femoral component floating in the soft tissue and tip of torn ACL inferiorly 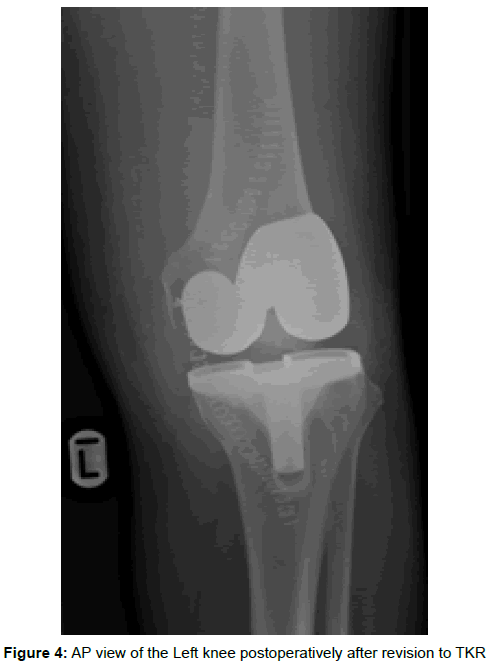 Figure 4: AP view of the Left knee postoperatively after revision to TKR 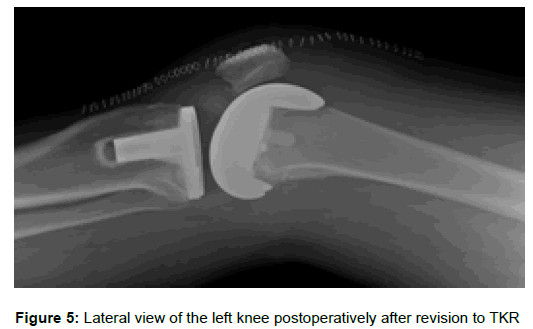 Figure 5: Lateral view of the left knee postoperatively after revision to TKR

For the femoral implant to come off and lie in the subcutaneous tissue, it must have gone through the medial structures in the knee.

This means that the medial collateral ligament and the semimembranosus must have been damaged. The likelihood is that the knee was sublaxated as a result of the valgus and rotating force that was applied to the knee as the foot was stuck to the ground and the patient’s femur rotated internally over it. The patient was also found to have an anterior cruciate ligament injury. The patient has suffered a knee dislocation.

UKR is an established treatment for managing patients with isolated medial unicompartmental arthritis in the knee. The Oxford UKR is the most widely used prosthesis in the United Kingdom for this purpose and the 9th Annual report of the National Joint Registry showed that the revision rate at 8 years for the UKR is 10.8% compared to 2.8% for a TKR. Aseptic loosening seemed to be the most common reason for revision in the case of UKR. With that in mind, there is a serious possibility that the femoral component was loose prior to the injury. We also know from the radiographs that the femoral component has completely separated from the femur and that it was lying in the subcutaneous tissue. This means that it must have caused a considerable damage to the medial structures. The MCL and the semimembranosus together with the medial capsule must have been damaged to allow the displacement of the femoral component and it is very likely that the knee have been dislocated.

When faced with such a case, the thought process should be careful and thorough. In this case, there was preoperative suspicion that the MCL is incompetent and this was confirmed by the EUA findings in the operating room. Revising a UKR to a TKR is not always a straightforward procedure [7]. Around a third of them would require a revision tibial tray with a stem and/or an augment due to the degree of bone loss. Over 56% will end up with a combined implant thickness of over 15 mm.

Copyright: © 2014 Soufi M, et al. This is an open-access article distributed under the terms of the Creative Commons Attribution License, which permits unrestricted use, distribution, and reproduction in any medium, provided the original author and source are credited.