Cutting-edge Research on Microbiology and Its Future Applications 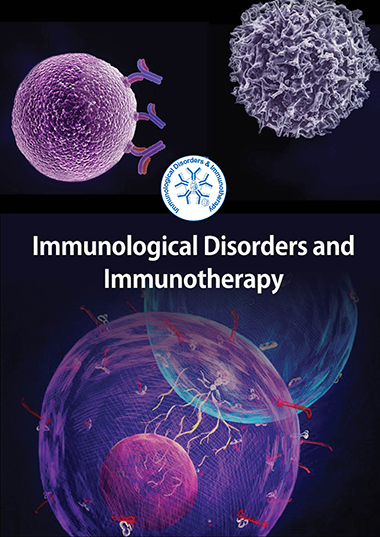 Nefyodov Leonid Ivanovich - Professor (Biology), Ph.D. [Cand. of Sciences (Biology)], M.D. [Doctor of Sciences (Medicine)], Professor of Biochemistry Department and Research Supervisor of Laboratory of Biochemistry of Biologically Active substances of Yanka Kupala State University of Grodno, Belarus. Founder (1989) and head of the scientific direction and school "Biochemistry of amino acids and development of ways of their practical application as univer¬sal regulators of a metabolism and medicinal prophylactics". Under the scientific guide of professor Nefyodov more than 20 doctor's and candidate of sciences theses are defended. Author more than 450 publications, including 235 articles in the reviewed academic domestic and specialized foreign periodicals, 4 monographs and 5 books, organizer and the scientific editor of materials of 6 international symposiums on biochemistry. Ne¬fyodov's development are awarded by the diplomas and medals St.Petersburg’s In¬dustrial Exhibition, International Exhibition of "Bruxelles Eureka' 95", medal of A. Schweitzer "For merits in sci-ence area", elected the honorary member and D.h.c. number of the European academies. Works at the Grodno State Univer¬sity of Yanka Kupala since 2000. Since 2001 – heard, professor department of bio¬chemistry, heard and the research supervisor of Laboratory of Biochemistry of Biologically Active substances. The methodology of researches and development of school of sciences of L.Nefyodov in the field of creation of new effective domestic medicinal and preventive preparations is based on operation of regulatory action of physiological (endogenous) concentration of the free amino acids defining regularities of formation of a metabolic imbalance at various pathological states and diseases. Fundamental stages on the way of creative formation and development of school of sci¬ences were the results, methodology and strategy of researches presented in Nefyodov's monograph "Taurine: pharmacology, biochemistry and medical application" (1999) and the first international "amino acid" congresses of the CIS countries led to Grodno of organizational con¬gress (1996, 2001), and also development and pro¬duction of the patented domestic medicines ("Taurine", "Leucine", "Tryptophane", "Tavamine"). Area of researches – biochemical mechanisms of regulatory effects of amino acids, their derivatives and compositions, methodology of use of amino acids as universal regulators of a metabolism, medicines, components of treatment and prophylactic food, including development of solutions and specialized mixes of this class of substances. The author more than 40 reviews, 12 general and special courses of lec¬tures on biochemistry and methodical grants, 3 instructions on use of new medicines, 25 patents, 2 certificates on registration and 3 representations on clinical tests of new domestic medicines on the basis of amino acids. It was invited and made reports at the international biochemical con¬gresses and conferences organized in the USSR, the CIS, and foreign countries. The organizer and the scientific editor of materials of six international symposiums on biochemistry which are carried out in Republic of Belarus, congress of the Belarusian biochem¬ists (2000) and the first (1996, 2001) international "amino acid" congresses of the CIS countries. Research supervisor (1994-2003) of the biochemical section of fourteen GSTP “New drugs, based on high-purity amino acids” complete tasks, the eight tasks GPNI "Metabolism" (1999-2003), "Convergence" (2011-2015), RSTP (2006-2010), international and grants of BRFFI (2009-2011).