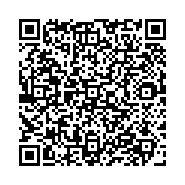 Introduction: Gender differences have been recently highlighted for several aspects of acne vulgaris such as epidemiology, pathogenesis, clinical course, quality of life and treatment outcome. In particular a shorter but more severe clinical course has been reported in males than in females; nevertheless, usually men have their quality of life less affected.

Aim: To determine if the response and the adverse events to 1 cycle of oral isotretinoin therapy can be influenced by gender.

Methods: A retrospective study was conducted on consecutive patients affected by acne vulgaris and treated with oral isotretinoin. Global acne grading system (GAGS), acne-related quality of life (AQoL) and isotretinoin-related adverse events were considered as outcome measures and were evaluated before (T0), every month during administration and 4 weeks after the withdrawal (T1) of oral isotretinoin therapy. Mann-Whitney U test and Wilcoxon signed-rank test were used for quantitative parameters and Fisher exact test for qualitative ones.

Results: Forty-nine acneic patients were retrospectively selected (33 males 67.3% and 16 females -32.7%; median age: 19 years). Patients had received a median dosage of isotretinoin of 0.4 mg/kg/die for a median period of 5 months; no differences in outcome measures among genders were reported.

Limitations: The study is retrospective and the sample is small and not homogenously distributed among genders, as males are double in number than females.

Conclusions: In our study population gender didn't influence neither the clinical and the quality of life outcome measures nor the occurrence of adverse events to oral isotretinoin therapy for acne.