2nd Edition of New Frontiers in Renewable Energy and Resources 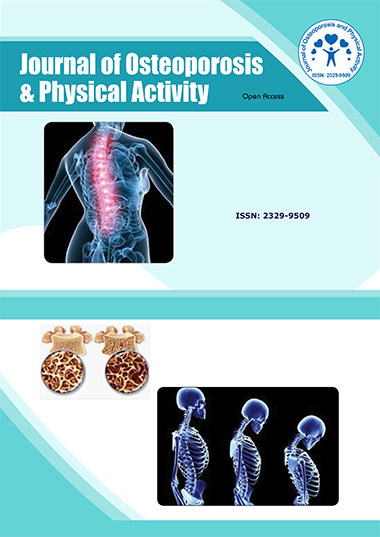 Objectives: Osteoporosis is a raising public health issue. There are several medications in the treatment of osteoporosis and osteoporotic-related fractures involving either enhancement of the osteogenesis or inhibition of the osteoclastogenestis. However, each medication has side effect. Therefore, we try to look for an alternative therapy for the treatment of osteoporosis, which increases bone mineral density without accompanying side effects.

Methods: In the current study, we used a Static Magnetic Field (SMF) to evaluate the hypothesis of improvement of the bone mineral density after an SMF exposure. In-vitro, we tested the capacities of osteogenesis and osteoclastogenesis on Mesenchymal Stem Cells (MSCs). In-vivo, we implanted a permanent magnet adjacent to the vertebrae in an osteoporotic rat model to examine the effects on the treatment of osteoporosis

Results: In cell culture studies, a positive osteogenesis effect of Mesenchymal Stem Cells (MSCs) was observed under an SMF exposure; this osteogenesis effect was correlated to the SMF intensity. However, there was no effect on the osteoclastogenesis of MSCs under the same condition. In an osteoporotic rat model, there was no positive effect on alteration of the bone mineral density after a persistent 6-week exposure by an implanted SMF.

Conclusion: An in-vitro study showed that an SMF exposure of MSCs had a positive osteogenesis effect. However, there was no effect in terms of improvement of the bone mineral density when the SMF was applied on the osteoporotic rat model.