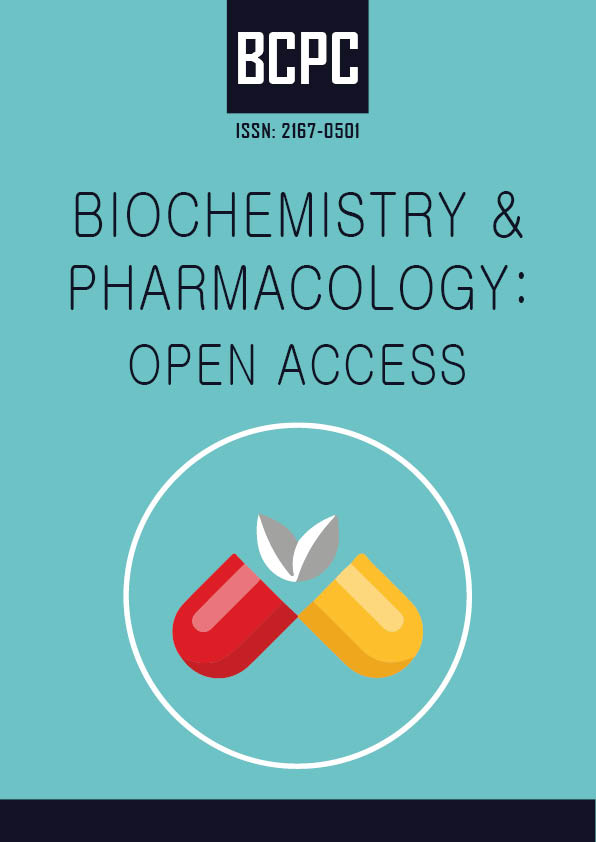 Insects and their substances have been used as medicinal resources by different cultures since ancient time because of chemical compounds such as pheromones, defensive sprays, venoms and toxins, which were sequestered from plants or prey and later concentrated or transformed for their own use. This study is aimed at determining zoochemical and antibacterial potential of ground beetle (Carabidae). The Clinical bacterial isolates used are Methicillin-Resistance Staphylococcus aureus (MRSA), Salmanylla typhi, Yersinia pestis and Escherichia coli. The results of zoochemical screening of methanol extract revealed the presence of carbohydrates, steroids/triterpenes, alkaloids, saponins, tannins and flavonoids, while antraquinones and cardiac glycosides were not detected. The results of antibacterial activity revealed that methanol extract showed higher antibacterial activity than n-hexane extract. The methanol extract showed following zone of inhibition on E. coli (23.33 ± 1.52), Y. pestis (13.66 ± 0.57), S. typhii (16.00 ± 1.00) and MRSA (9.67 ± 0.57) at 10 mg/mL, while that of n-hexane showed the following zones of inhibition against E. coli (11.33 ± 0.57), Y. pestis (11.66 ± 0.57), S. typhii (29.00 ± 5.29) and MRSA (12.67 ± 0.57) at 10 mg/L. The MIC result ranged between 0.63-1.25 mg/mL for n-hexane extract and 0.63 - 2.50 mg/mL for methanol extract. The MBC of n-hexane extract ranged between 1.25 - 2.50 mg/mL while that of methanol extract ranges between 0.63 -2.50 mg/ Ml. The results suggested the potential use of the extract in the treatment of bacterial infections such as diarrhea, dysentery, typhoid fever, and enuresis.

Insects and other arthropods provide ingredients that have been staple of traditional medicine for centuries in parts of East Asia, Africa and South America. While many of these insects have not been evaluated experimentally many of these insect have shown in preliminary investigation to have important properties. Insects and their substances have been used as medicinal resources by different cultures since ancient time because of chemical compounds such as pheromones, defensive sprays, venoms and toxins, which were sequestered from plants or prey and later concentrated or transformed for their own use. Besides medicine, these organisms have also played mystical and magical roles in the treatment of several illnesses in a range of cultures [1]. Despite the success of insects in terms of numbers and diversity, the most successful drugs derived from natural products, including artemisinin, quinine, aspirin, cocodamol, simvastatin, and cyclosporine, have been isolated from plants, marine organisms, and microbes [2]. Altogether, 939 nature-derived approved drugs were developed between 1961 and 2010 but none of these were from insects and only a few originated from invertebrates such as leeches, sponges, and cone snails. Difficulties in species identification, drug toxicity, development costs, and large scale production partially explain the reason for the slow progress in developing insect products as potential modern medicines [2]. However, since modern genomics, in silico drug design and high throughput screening have failed to yield new generations of novel drugs; there is now renewed interest in more traditional methods of screening using the huge diversity of animals, plants, and microbes available. Furthermore, more traditional biochemical screening techniques have now resulted in notable progress in developing therapeutics from arthropods, including melittin from bees, alloferon from blowflies, and anticoagulants from ticks [3].

Many insects are used as traditional medicine healing system for example termite has been used in India for treatment of ulcer by kurichchan tribe while, Irular tribe used it in the treatment of body pain, anemia and rheumatics. Black beetles is used in the treatment of malaria [4]. Mole cricket (Gyrillotalpa) is used for treating sprain, honey bee is used for the treatment of headache, mouth ulcer, burns, cough, chest infection, cold and insect bite. Termite that is rich in cysteine rich antifungal peptide has antibacterial properties [5]. Bee venom and its major component, melittin suppress lipopolysaccharide – induced nitric oxide and inducible nitric oxide synthetize expression without causing cytotoxicity in BV2 microglia. Bee venom and melittin also exert anti-inflammatory effects by suppressing the transcription of cyclooxygenase-2 genes and proinflammatory cytokines (TNF-α, IL- 6). Thus, these compounds may also offer substantial therapeutic potential for treatment of neurodegenerative diseases that are accompanied by microglial activation [6]. Eisner et al. reported contemporary issues in the use of insects in drugs manufacturing and ascertain that insects have very important source of drugs for modern medicine since they possess immunological, analgesic, antibacterial, antidiuretic and antirheumatic properties [7].

Ground beetles (Carabidae) (Figure 1) commonly known as “Kungurguma” in hausa speaking language are a large family within the suborder Adephaga (order Coleoptera), which are known to possess a pair of abdominal glands known as pygidial glands, that mainly consist of two sets of secretory lobes, collecting canals, collecting reservoirs, and efferent ducts which serve to discharge the products of the glands outwards [8]. Carabidae, with more than 40,000 species worldwide, around 2,000 of which are found in North America and Africa and about 2,700 in Europe [9]. They can be found in almost any terrestrial habitat on Earth, common habitats are under the bark of trees, under logs, sand by the edge of ponds and rivers. Ground beetles are recognized by their long legs and shiny black or brown elytra (wing covers), which are decorated with ridges and may be fused together along the midline [9]. Most species are carnivorous and actively hunt for any invertebrate prey they can overpower [10]. Some run swiftly to catch their prey, and in relation to their body length they are among the fastest land animals on Earth [10]. Although their body shapes and color vary somewhat, most are shiny black or metallic and have ridged wing covers (elytra). The elytra are fused in some species particularly large Carabinae, rendering the beetles unable to fly. All carabids except the quite primitive flanged bombardier beetles (Paussinae) have a groove on their foreleg tibiae bearing a comb of hairs used for cleaning their antennae. Many ground beetles secrete a foulsmelling liquid that discourages potential predators such as birds [11]. A number of researches on insect natural products and their potential for development into drugs to treat human diseases have been published. However, there have been additional advances in this field. The research therefore is aimed at identifying the potential used of Ground beetle as antibacterial and antifungal for possible medical purpose in the future.

Preparation of the extract

The insects (Ground beetle) were killed using a killing jar, air dried, pulverized and stored at room temperature. The powdered material (20 g) was extracted successively with n-hexane and methanol using maceration method for 3 days with occasional agitation, the extract was concentrated under reduced pressure at 40°C to afford a whitish and a brownish residue for n-hexane and methanol respectively.

Stock concentration of 10 mg/mL was prepared by dissolving 80mg each of n-hexane and methanol extracts in 8 mL of dimethyl sulfoxide (DMSO) and two-fold serial dilution was performed to obtain three more concentrations of 5, 2.5 and 1.25 mg/mL.

Clinical isolates of Methicillin-Resistance Stapylloccucuss aureus (MRSA), Salmanylla typhi, Yersinia pestis and Escherichia coli were obtained from the Department of Clinical Microbiology Usmanu Danfodiyo University, Sokoto. All isolates were checked for purity and maintained in a Nutrient agar.

Biochemical screening was carried out according to the procedure as described by Trease and Evans [12].

The antimicrobial activity of the n-hexane and methanol extract of ground beetle was determined through susceptibility test using agar well diffusion in which Mueller Hinton agar was used as the growth medium for the microbes as described by Yusuf et al. [13].

The minimum inhibitory concentration of the extracts was determined using the broth microdilution method according to Clinical Laboratory Standard Institutes [14].

A 20μL of each well that showed no visible growth after MIC determination was sub-cultured onto the solid media MHA and incubated at 37°C for 24 hr. The lowest concentration of the extract that does not yield any bacterial growth on the solid medium used is the MBC [15].

The results obtained were statistically analyzed using one-way analysis of variance (ANOVA) with SPSS version 10.0 statistical packages and the results were reported as mean ± standard error of mean.

The zoochemical screening on the crude methanol extract of Ground beetle (Table 1) revealed the presence of carbohydrates, steroids/triterpenes, alkaloids, saponins, tannins and flavonoids, while antraquinones and cardiac glycosides were not detected.

The results of the antimicrobial activity of the n-hexane and methanol extracts are presented in Tables 2-4. The extracts significantly inhibit the growth of the various test organisms. The n-hexane extract (8.33 ± 0.57 mm to 29.00 ± 5.29 mm) demonstrated remarkable antibacterial activity when compared to methanol extract (8.66±0.57 mm to 23.33 ±1.52), while standard drug Ofloxacin had the mean zone of inhibition range between 24.33 ± 1.15 to 33.67 ± 1.57 mm. The minimum inhibitory concentration (MIC) of the n-hexane extract ranged between 0.63- 1.25 mg/mL while that of methanol ranged between 0.63 - 2.50 mg/mL. The minimum bactericidal concentration (MBC) of n-hexane extract ranged between 1.25 - 2.50 mg/mL while methanol extract exhibited minimum bactericidal concentration ranging between 0.63 - 2.50 mg/mL.

Table 2: Mean zone of inhibition of n-hexane extract of Ground beetle against the test microbes.

Table 3: Mean zone of inhibition of n-hexane extract of ground beetle against the test microbes.

Table 4: MIC and MBC of n-hexane and methanol extracts against the test microbes.

Preliminary Biochemical screening on crude methanol extract revealed the presence of steroids/triterpenes, alkaloids, saponins, tannins and flavonoids. These constituent have been reported to be responsible for various antimicrobial activity [16]. Antibacterial activity of the extracts are generally concentration dependent.

It was reported that pygidial gland having both antibacterial and antifungal activities against environmental pathogenic microorganisms [18,19]. This raises the possibility that certain components of the secretions might also have the function as antibiotics or fungicidal for human use [18]. Similar result was observed by Marija who reported that the pygidial gland extract possesses stronger antimicrobial properties against Staphylococcus aureus, Lysteria monocytogenes, and Salmonella typhimurium proved to be the most sensitive bacterial strain. It was previously reported that organic components, such as formic, acetic, and many fatty acids, also contributed to antimicrobial activity of pygidial gland [20,21]. Yusuf et al. reported that the organic acids presence pygidial gland possess bactericidal effect on Salmonella spp [13]. It was also indicated that presence of benzoic acid within the secretion mixture could be responsible to its antimicrobial activity.

The zones of inhibition observed with extract were lower than those observed for standard antibiotic drug, thus, the n-hexane exhibited the highest antibacterial activity against Salmonella typhi which was similar to what was observed for standard drug; the methanol extract had the highest mean zone of inhibition against Escherichia coli, though the effect was lower than that of the standard drug. The activity exhibited by the extracts against S. typhi and E. coli suggest that the extract contain some biochemical constituents responsible for growth inhibition of the microbes.

S. typhi is a causative agents of diseases such as salmonellosis, typhoid fever and other systemic infections [23]. E. coli was first identified as possible human pathogen in 1975 in California patient with bloody diarrhea and was first associated with foodborne outbreak in 1982 it has also been implicated in disease such as dysentery and urinary tract infections [24-27].

The results of this study suggest that n-hexane and methanol extract of Ground beetle contain bioactive constituents with antibacterial effect and lends credence to the entomo-ethno medicinal use of the insect in the treatment of bacterial infections such as diarrhea, dysentery, typhoid fever, and enuresis. Isolation and characterization of the bioactive compounds is being investigated.

The research is financially supported by the Tertiary Education Trust Fund (TETFUND) through the Institute Based Research (IBR). The authors wish to thank Mr. Abdulmalik Bello Shuaibu and Nafiu Muhammad of the Department of Veterinary Microbiology (Central Laboratory), Usmanu Danfodiyo University, Sokoto for their positive contributions toward the success of this research.

Copyright: Â© 2019 Yahaya N, et al. This is an open-access article distributed under the terms of the Creative Commons Attribution License, which permits unrestricted use, distribution, and reproduction in any medium, provided the original author and source are credited.