The Role of Time Perception in Depression 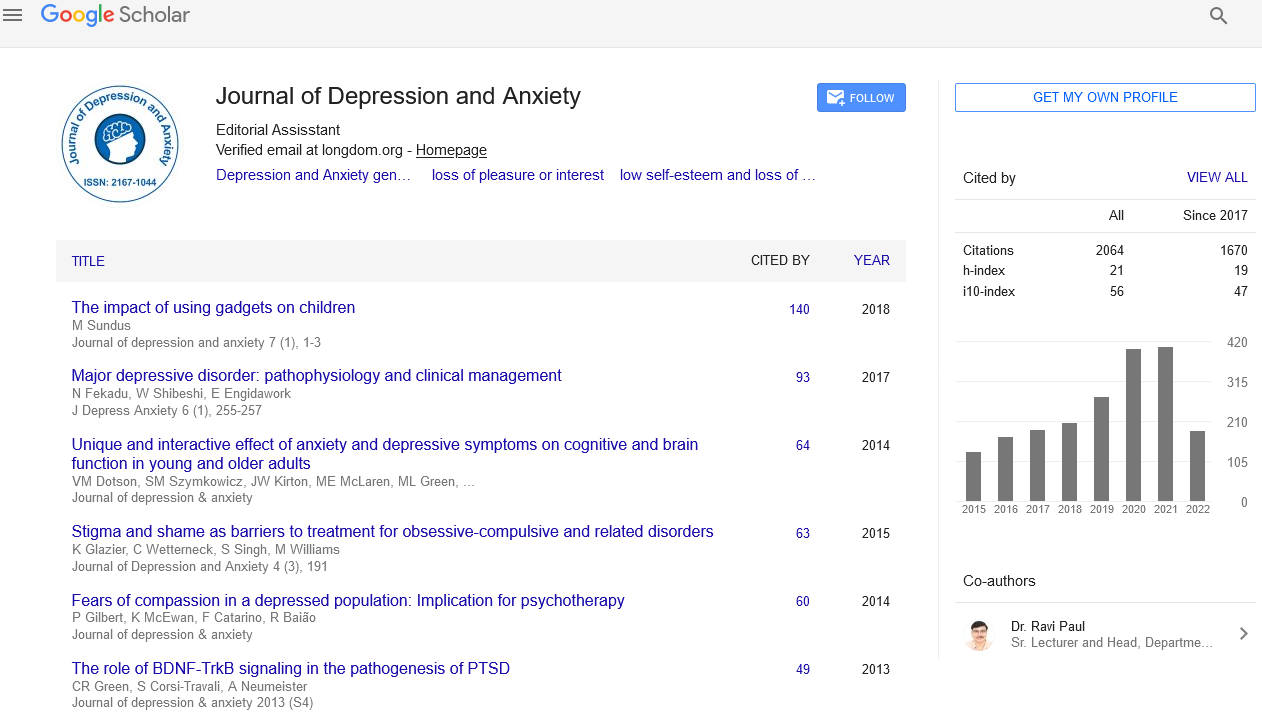 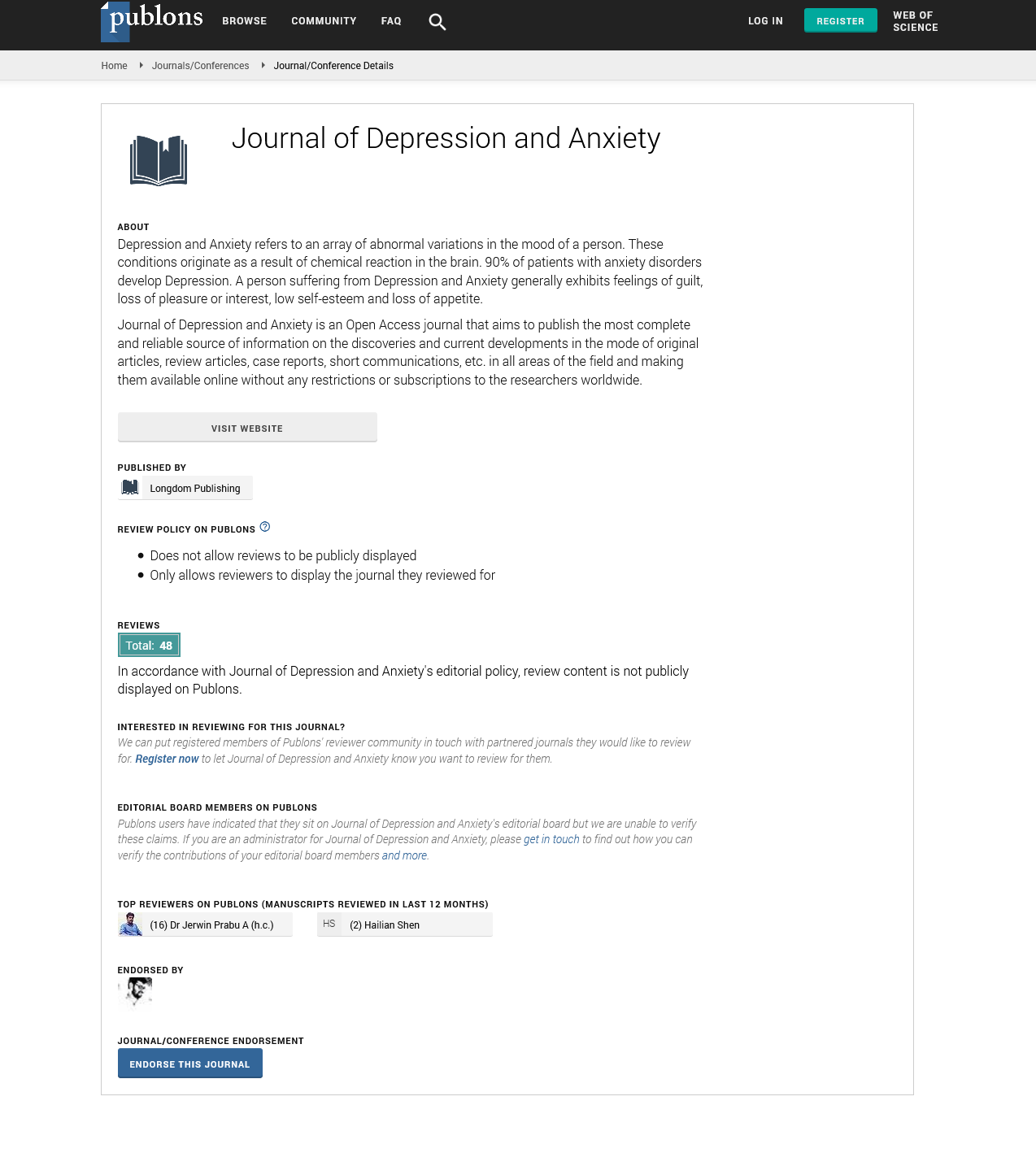 The Role of Time Perception in Depression

Depression is a multi-faceted disorder which encompasses a diversity of neuropsychological and socio-behavioral factors, with depressed individuals tending to experience a distorted perception of time. Depressive individuals find time passes slowly and are preoccupied with the past. The cause(s) of such disturbance remains to be investigated, with the nature of past events in life hypothesized to be a probable potentiating factor. The hypoactivity of the brain’s basal ganglia region, which is related to decreased response to positive stimuli, hence emotional valence, may be associated with subjective slowness of time as perceived by depressed subjects. Time distortion appears more pronounced in studies of long interval than short interval ranges. Time perception has a consolidating role which oversees and links various neuropsychological and socio-behavioral aspects of an individual’s internal interactions with the external world, therefore affecting one’s prognosis in depression. It also has a modulatory and interfering influence on perceptual objectivity due to its high sensitivity to emotional valence.

Depression is a debilitating mood disorder that is characterized by symptoms such as anhedonia or a decreased ability to feel pleasure, increased frequency of negative mood and reduced interest in activities which one used to enjoy [1]. At present, there is a limited understanding of the complex relationship between time perception and the experience of depressive symptoms. Our perception of time and its interaction with the intensity of our cognitive and emotional responses have a role to play in our psychological health and wellbeing. Humans’ perception of time has a flexible subjective component which can be easily influenced by many factors. Droit-Volet [2] reported that depression alters the perception of time in individuals. Those who were likely to be depressed tended to find time passed by too slowly [3]. According to depressed participants' responses to The Zimbardo Time Perspective Inventory (ZTPI), such individuals were preoccupied with the past but not the future. Thus, it can be inferred that events that have taken place in the past could also be casting a forward temporal and cognitive effect on depressive symptoms which follow. However, it is unclear whether it is the lack of positive experience or the persistence of negative experiences in an individual’s past that decreases one’s enjoyment of past activities and produces a distorted time perception.

Pre-occupation with the past and slowness of time

In a recent study which examined the abnormal time experiences in depression, individuals tended to report the domination of the past over present and future and a slower passage of time [4]. Additionally, depressed affect can produce a subjective slowing of time in study participants [5]. From a neuroscientific perspective, it remains to be debated whether hypoactivity of a region called the basal ganglia in the brain, in which the ventral striatum is also located and exhibited a decreased response activation to positive stimuli in depressed subjects, contributes to such perception of slowed time [6,7]. In long interval processing of time, depressed individuals also reported attentional deficit, which can modestly explain the mixed results in studies which utilised time estimation in the short interval range that produced unremarkable difference between depressed and control participants [8]. Hence, results on the effect of depression on objective measures of time interval estimation have been mixed, thought to be attributed to the emotional neutrality and a lack of subjective theme(s) and personal relevance associated with time interval estimation tasks of a mostly objective nature implemented by the studies [9,10]. However, the tested positive relationship between negative emotion and subjective overestimation of time aids in our interpretation and explanation of the inconsistency in short range time interval estimation studies [11,12]. In addition, a study by Bschor and colleagues [13] further distinguished between subjective time experience and time judgement (which includes time interval estimation) abilities of depressed, manic and control participants. The subjective time experience variable was assessed by an indication on a visual analog scale the extent to which a participant felt time passed more slowly or quickly. The results demonstrated that there were significant slowed time perception and time overestimation exhibited by depressed participants and, to both certain lesser and greater extent by manic than control participants, depending on the nature of category of the various experimental tasks performed. In a few experimental tasks of the study which also assessed psychomotor and executive cognitive speed, depressed patients also performed poorly compared with healthy controls. What is less conclusive about this study is the potential influence of severity of depressive symptoms and duration of disorder, other than number of past episodes, experienced by the depressed group of participants which could offer further useful interpretation of their association(s) with performances on time perception and judgement tasks presented. Nevertheless, the variable results between subjective time experience and time judgement tasks comparing the three participant groups, with greater inconsistency in the shortest duration of time production task under time judgement category, imply fundamental distinction in time processing between emotion-modulated subjective perception and objective judgement tasks in depressed individuals. Possible aspects to consider could be that subjective time experience is less controlled and constrained by task requirement and demand than time production and estimation, hence recruiting more cognitive effort from the individual, which in turn may present variable challenges in the case of an ongoing depression.

A link with approach-avoidance motivation

The interaction of distorted time perception with the course of illness in depression can result in behavioral outcomes that determine the progress and regulation of symptoms. With a perceived slowing of time passage, this likely creates an extended duration of time in one’s subjective perceptual space which can interact with other dimensions of psychological functioning, such as motivation, problem-solving and action-oriented goals [14,15]. When time is prolonged, there may be a reason to delay one’s motivation, action and goals that can affect one’s decision-making process that determines the outcome of a goal-directed physical action. We could also consider the perceptual lengthening of time causing a presumption of duration in excess for a reason of delayed action and the time point of fulfillment of goals to be extremely far-off in the distant future that is almost unreachable to the depressed individual concerned. Therefore, the estimation of the duration of time to be contributed for fulfillment of goals by an individual is a factor that extends beyond the objective measurement of time and carries a perception of value and cost of effort that increases with duration, whether proportionately or disproportionately, depending on personally relevant psychological, social and physical factors that would be taken into account. Depression has been shown to produce a deficit in approach motivation goals, as there are cognitive factors linking emotional state(s) and motivation for goal setting and direction for behaviour, but it remains to be clarified whether such dysfunction is attributed to a generalization of a distorted time perception or a focused negative experience in the past. On the other hand, a study by Dickson and MacLeod [14] which examined such a relationship utilized mainly subjective self-report measures of school students who personally generated their list of goals and associated approach and avoidance consequences that could have failed to yield significant effect on the measure of high avoidance goals in depression as hypothesized. It would be interesting to investigate the interaction of distortion in time perceptual space with an approach-avoidance model that is induced by concurrent exposure to affective stimuli. Our emotional and behavioral responses to such stimuli likely involve an aspect of psychological distance in our approach or avoidance of them, which in turn may be influenced by one’s depressed or non-depressed state. Depression is increasingly being recognized as a multi-faceted disorder with highly interactive aspects that could span from one’s past life experiences and motivation to his brain’s structural abnormalities. As an individual’s process of consciousness exists and functions within the constraints of time, any life experience and brain activity which could impact such consciousness may modify our perception of temporal constraints.

One could not ignore the negative effect of depression on one’s state of emotion, yet past research which utilized objective and valence-neutral measures of time interval estimation neglected to consider the influence of emotion on the flexibility or elasticity of time perception, thus yielding mixed outcomes. Such controlled experiments in laboratory settings have low external validity that generalizes poorly to dynamic real-life interactions and environment which, at times, can provide a much greater degree of emotional and cognitive stimulation. Neuroscientific research has also proposed the involvement of closely located dorsal and ventral striatal areas within the basal ganglia region, cortico-basal ganglia neural circuits, and an important classical neurotransmitter, dopamine, in the processing of rewarding stimuli and time perception, that are implicated in the neuropsychopathology of depressive disorder [6,16-19]. Interestingly, a depletion of dopamine and the neuropathology of the brain's basal ganglia region have been associated with a "slowed internal clock" in Parkinson's disease [7]. Further studies have also reported an overestimation of time interval with the administration of dopamine antagonists, which presumably shares the same neural mechanism as the deficit of dopamine in Parkinson's disease [20]. There seems to be a similar mechanism at work and the abnormal time experience in depressive disorder when we would connect such findings with reduced activation of dopaminergic pathways that include several areas of the basal ganglia. This could be a neural basis which explains the involvement of brain regional circuits and neurotransmission hypoactivity to produce a cascade of related depressive symptoms, especially of slowed time estimation and perception, that culminates in a diagnosis of the disorder.

It cannot be denied that the time perception plays multiple roles in depression, and vice versa, through many pathways such as memory of past life events, emotion and motivation. It is an interesting topic to explore and potentially one that can be applied to guide future treatment interventions. Overall, the provision of time and its subjective perception have a consolidating role, quality and function in linking various diverse neuropsychological and socio-behavioral elements in a person’s history of experiences and presumptions and goal directions for the future. When one or more of these personally relevant elements is perturbed, the integrity of our time perception can be compromised and misaligned with our sense of objectivity. Emotional factors, through motivation and cognition, have definitive influence on subjective perception of time, which may further enhance and prolong the symptoms of depression, because they can be fragmentary and interfere with our objective estimation of continuous time duration. Research has both answered and fueled more questions that need to be addressed to fill in the missing links which connect and consolidate results from a range of discrete studies. Nevertheless, we are also beginning to see how time perception abnormalities are present in both Parkinson’s disease and depressive disorder which could help further our understanding of the common denominator underlying both types of illness. Questions which also demand to be answered include whether such disturbed time perception can be reversible or discontinued with suitable treatment and how it is correlated with the severity of depressive symptoms. Research should seek out their conclusion.

The author declares no conflict of interest.

Copyright: Â© 2019 Kong R. This is an open-access article distributed under the terms of the Creative Commons Attribution License, which permits unrestricted use, distribution, and reproduction in any medium, provided the original author and source are credited.