The Carbohydrate Structure of the Hormone hCG, the Autocrine Hyper Glycosylated hCG, and the Extravillous Cytotrophoblast Hyperglycosylated hCG 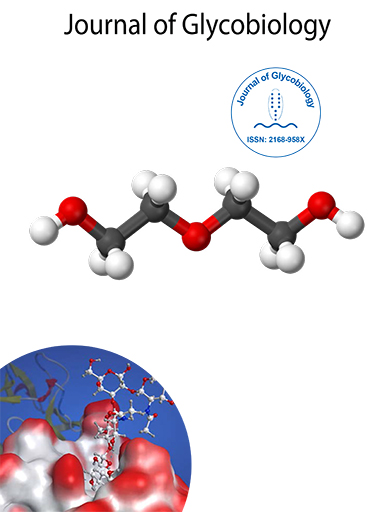 The Carbohydrate Structure of the Hormone hCG, the Autocrine Hyper Glycosylated hCG, and the Extravillous Cytotrophoblast Hyperglycosylated hCG

Multiple authors have examined the carbohydrate structures of hCG [1-4]. All examined purified pregnancy hCG, hydatidiform mole hCG and choriocarcinoma hCG, and not the proven components of hCG, the hormone hCG, the autocrine hyperglycosylated hCG, and the invasive cell hyperglycosylated hCG. Unfortunately, all 3 separate hCG forms, while having separate functions [5-8], are all approximately the same size, molecular weight 36500, 37400, 38800 respectively and the same charge making them un-separable.

Primary third trimester cytotrophoblast cells, and ACH-3P first trimester trophoblast cells were harvested with trypsin and EDTA. Cells were plated in quadruplicate onto Matrigel membranes and control inserts, 5000 cells per membrane and per control insert (Biocoat Matrigel invasion membranes, BD Biosciences, Bedford, MA 01730). Cells were cultured at 37°C for 24 h in DHG-10% culture fluid containing no additives (controls), and with 10 and 100 ng/mL C5 hyperglycosylated hCG on quadruplicate membranes. Matrigel membranes were processed and percentage invasion calculated as suggested by the manufacturer in package inserts. Briefly, membranes are rehydrated in DHG-10% in the incubator for 2 h before use. Membranes and control inserts are then plated (25,000 cells in 0.5 medium per plate). Plates are cultured for 24 h, and membranes removed from the inserts using a scalpel. Membranes are transferred to a slide using Cytoseal mounting medium (Stephens Scientific Inc., Riverdale NJ), exposing the under surface or the invaded cells. Cells are stained with DIF-Quick Stain (IMEB Inc., Chicago IL) to mark nuclei. Invaded cells are counted at 5 marked places, and the count averaged. Cell penetration or invasion of membranes is directly compared to that of correspondingly cultured control inserts and the percentage invasion is calculated using the formula provided by the manufacturer.

Table 1: The oligosaccharide content of hCG [3] (na is not determined).

Table 2: The proportion of hCG detected by the B152 hyperglycosylated hCG assay.

Are any of these test useful in medical practice. The B152 immunoassay, now is available at Quest Diagnostics may be useful in determining the proportion hyperglycosylated hCG in the hCG mixture. This may be useful in examining choriocarcinoma serum samples and hydatidiform mole serum samples to determine the ratio of cells present, cytotrophoblast (produce autocrine hyperglycosylated hCG) and syncytiotrophoblast (produce hormone hCG) cells. As for using Matrigel clinically, this is strictly a test for cell invasiveness, and may or may not have an application in the laboratory. Copyright: © 2018 Cole LA. This is an open-access article distributed under the terms of the Creative Commons Attribution License, which permits unrestricted use, distribution, and reproduction in any medium, provided the original author and source are credited.