Objective: To analyze the results of five years of In Vitro Fertilization (IVF) practice in the medically assisted procreation unit of the gynecology department of the Center Hospitalize du Pays d´Aix.

Materials and methods: This was a retrospective study for descriptive and analytical purposes covering a period of five years from January 1, 2014 to December 31, 2018. It focused on patients treated for In Vitro Fertilization (IVF) in the unit of medically assisted procreation of the gynecology department of the Center Hospitalier du Pays d'Aix.

Result: At the end of this study, the data completion rate was on average 94%. The mean age of the patients was 35 years with extremes of 25 years and 44 years. This was a generally non-smoking (76.7%) and 90.1% non-obese population. Infertility was secondary in 58% of cases. Male causes accounted for 22% of the indications for In Vitro Fertilization (IVF). With regard to female infertility, there is a homogeneous distribution between endometriosis (27%), tubal (21%), cervical (18%), ovulatory (18%) and unexplained (21%) causes. The main prognostic factor turned out to be age.

Conclusion: Infertility is a couple's business, not just a woman. Our study showed that age was the main prognostic factor influencing the outcome of In Vitro Fertilization (IVF) with a decrease in the chances of success with increased age.

The couple's infertility is a public health problem. In France, the percentage of couples without pregnancy after one year without contraception is between 15 and 25% [1]. The causes of the couple's infertility are numerous and can be caused by either the man and woman or sometimes both [2]. Its management uses the medical and surgical means based on infertility therapy [3,4]. However, in some cases, the use of medical assistance through Artificial Insemination (AI) or In Vitro Fertilization (IVF) and Embryo Transfer (FIVETE) or Intra Cytoplasmic Sperm Injection (ICSI) may be necessary [5]. The Hospital Center of Pays d'Aix is one of the major centers in the practice of medically assisted reproduction. The evaluation of the practice of In Vitro Fertilization (IVF) and embryo transfer over the last 5 years led us to carry out this study with the following hypothesis: The results of IVF are satisfactory at the Pays d'Aix Hospital Center. The objectives were to determine the factors influencing the outcome of IVF in the medically assisted procreation unit of the gynecology department of the Hospital Centre of Pays d'Aix.

This was a cross-sectional study with descriptive and analytical aim with retrospective data collection over a 5-year period from January 1, 2014 to December 31, 2018. All couples treated for infertility and having undergone at least one IVF procedure during the study period were included in the study. The variables studied were: Age, occupation, marital status, duration of infertility, medical-surgical history, physical examination data, stimulation protocol, puncture, number of embryos, number of attempts, IVF outcome, pregnancy with live birth, pregnancy without live birth, procedure failure. The data was entered using Excel 2019 software. Data processing and analysis was done with SPSS 16.0 data management and statistics software.

A total of 1463 files were exploited with 3480 cycles or on average 2.38 file cycles. The distribution of cycles according to the age of the patients is presented in Table 1.

The average age of the patients was 35 years with extremes ranging from 25 years to 44 years. All patients were nulliparous. The percentage of primary cycles was 42% compared to 59% for the secondary cycle of infertility. The distribution of cycles according to the etiology of infertility is shown in Table 2, below:

Table 2: Distribution of cycles according to the etiology of infertility.

The cancellation rate per cycle according to the AMH is shown in Figure 1. 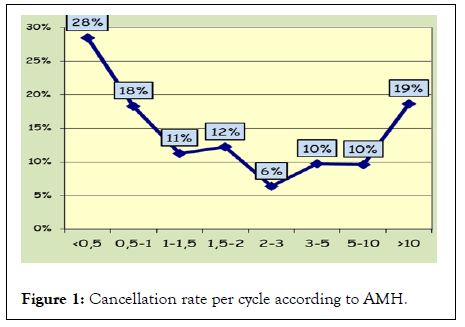 Figure 1: Cancellation rate per cycle according to AMH.

The pregnancy rate per cycle as a function of THE AMH is shown in Figure 2 below. 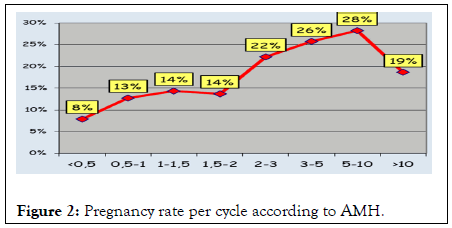 Figure 2: Pregnancy rate per cycle according to AMH.

The impact of the FSH threshold measured at the third day on IVF outcome is presented in Table 4 below:

The outcome of IVF following the existence or absence of a uterine abnormality is presented in Table 5.

Figure 3, below shows the pregnancy rate by transfer according to endometrial thickness. 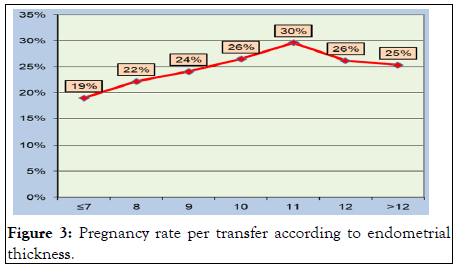 Figure 3: Pregnancy rate per transfer according to endometrial thickness.

The distribution of embryo transfers by day of transfer is shown in Figure 4. 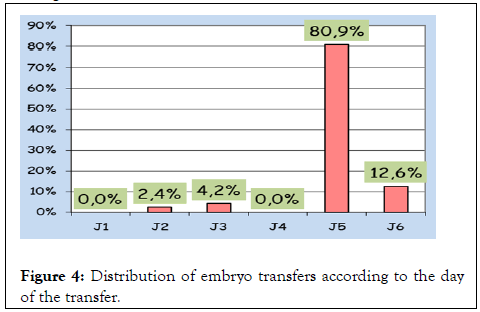 Figure 4: Distribution of embryo transfers according to the day of the transfer.

The rate of progressive pregnancy following the day of embryo transfer is shown in Figure 5. 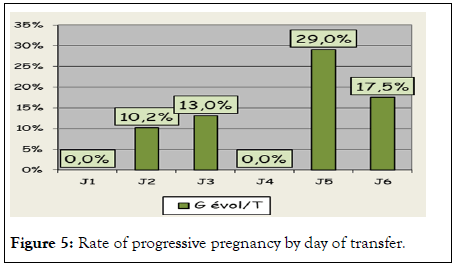 Figure 5: Rate of progressive pregnancy by day of transfer.

The fate of pregnancies after IVF is presented in Table 6.

The majority of women in our study were over the age of 30. This is the age where fertility decreases and hopes of spontaneous pregnancy dwindle. The use of In Vitro Fertilization (IVF) is therefore essential [6]. In our study, most of the patients were non-smokers. This augurs a priori a good prognosis because the decrease in natural fertility is dose-dependent since it decreases sharply beyond 10 to 15 cigarettes per day and duration-dependent (even more beyond five years of active smoking [7,8]. There is an increase in the time to conception in case of active and passive smoking, as well as a decrease in ovarian reserve [9], but smoking-related variations were not statistically significant in our study. This could be related to the small sample size. In our study, only 9.9% of patients were obese or underweight. This is a factor that a priori augurs a good prognosis. Obesity increases the risk of infertility and menstrual disorders, especially if it is android obesity [10,11]. In 58% of the cases in our study, it was a secondary infertility with a female etiology found in 78% of cases. A male cause was found in 22% of cases or one in five couples. This is to say once again that a parental project is a couple's story. These data are similar to those in the literature which estimate the rate of male infertility between 20 and 40%. With regard to female infertility, there is a homogeneous distribution between endometriosis (27%), tubal (21%), cervical (18%), ovulatory (18%) and unexplained (21%) causes; with a small prevalence for endometriosis [12].

It has been found in the literature a gradual decrease in fecund ability from the age of 30, then quickly after 35 years to become almost zero at age 45. These data were observed in natural fertility, donor sperm insemination and In Vitro Fertilization (IVF) [13,14]. These data are similar to those revealed by our study. We have seen a general decline in pregnancy rates based on age.

The mechanisms involved involve a decrease in oocyte quantity [15,16]. Thus, in our study we note a gradual fall of the antimullerian hormone with the progression of age. The anti mullerian hormone is indeed a good reflection of the ovarian reserve. Its decline reflects a decrease in the chances of pregnancy. Other mechanisms are also implicated such as an increase in the rate of aneuploidy, a longer duration of exposure to environmental factors and infections, and a greater frequency of genital pathologies [17]. Obesity in our study did not significantly influence the outcome of In Vitro Fertilization (IVF).

The appearance of the uterus influenced in this study the outcome of In Vitro Fertilization (IVF), including the condition of the endometrium at the time of transfer. All transfers were performed in our study on an endometrium at least 7 mm thick. There is usually an increase in the chances of pregnancy with the increase in the thickness of the endometrium. Endometrial thickness therefore influences embryo implantation [19,20].

The literature reports that an endometrial thickness of less than 7 mm significantly reduces embryo implantation. In addition, embryo implantation seems all the weaker as the endometrium is hyperechoic. Our study showed that age was the main prognostic factor influencing the outcome of In Vitro Fertilization (IVF) with a decrease in the chances of success with increasing age. To this is added the ovarian reserve, the thickness of the endometrium and the transfer of the embryo on the 5th day.

Copyright: © 2021 Tognifode MV, et al. This is an open-access article distributed under the terms of the Creative Commons Attribution License, which permits unrestricted use, distribution, and reproduction in any medium, provided the original author and source are credited.

Sources of funding : no