Study in Cameroon Schools of Family Determinants of Early Pregnancies

Study in Cameroon Schools of Family Determinants of Early Pregnancies

Introduction: According to the World Health Organization (WHO), adolescence is the period of growth between 10 and 19 years of age. Complications from pregnancy are the second leading cause of death for adolescent girls aged 15 to 19 worldwide.

Objective: In order to reduce the phenomenon of early pregnancy, we set out to study the family determinants of early sexuality and its corollary of pregnancy among adolescent girls in secondary schools in the Douala 3rd district in Cameroon.

Methodology: We conducted an analytical case-control study from November 08, 2018, to June 26 (7months) 2019 in ten secondary establishments in the Douala 3rd district. Included in the study were all adolescent girls, students in one of the secondary schools in the said district who agreed to participate in the study. Data analysis was done using SPSS 20.0 software. The significance threshold was set at p <0.05.

Conclusion: The adolescent girl who is not guided or assisted by her parents is highly exposed to early sexuality and its corollary of early pregnancy.

Adolescence is the period of growth and development that takes place between childhood and adulthood, that is to say, 10 and 19 years. It is a period of critical transition in life and is characterized by a significant rate of growth and transformation. It is a phase of preparation for adulthood during which key stages of development take place [1].

Worldwide, around 16 million adolescent girls aged 15 to 19 and one million adolescent girls under the age of 15 give birth each year; which represents nearly 11% of global births. 95% of these births take place in developing countries [2]. Almost half of the countries in sub-Saharan Africa for which information is available are classified as "red", meaning that they have adolescent fertility rates above 100 births per 1,000 adolescent girls. These countries are those of West Africa, Central Africa, East Africa and Southern Africa. The proportions recorded by Niger, the Democratic Republic of Congo and Mali are among others high, with 192, 168 and 167 births per 1000 adolescent girls, respectively [3]. Teenage pregnancies have been the subject of numerous studies around the world. According to a study conducted by Dryfoos in 1996 in the United States, early pregnancies are frequent in societies characterized by poverty, low education level and families headed by a mother who gave birth to their first child at adolescence [4]. Teenage pregnancy is also associated with other problem behaviours, such as alcohol and drug use and early initiation of sexual activity, which have been identified as predictors of pregnancy [5]. A study done in various European countries by Imamura et al. made it possible to group these factors into 5 groups: socio-demographic factors, family structure and stability, data related to education, risky health behaviours, knowledge, accessibility and acceptability of family planning [6]. According to the United Nations Population Fund (UNPF), in Cameroon, fertility remains early. The adolescent fertility rate represented 12% of general fertility in 2015, while in 2018; this rate was 16.31% [7,8].

Early pregnancies can have consequences on the health of adolescent girls (toxemia, anemia, nephropathy, cephalo-pelvic disproportion, haemorrhage, tears, obstetric fistulas, depressive disorders and maternal mortality) as well as that of the fetus they carry (low birth weight, fetal distress, and neonatal asphyxia, prematurity and fetal mortality) [9]. It is noted that the younger the mother, the greater the health risk for the child. This can be explained by the fact that these girls are more vulnerable than adult women to the risks of complications linked to pregnancy and birth, because not only their gynaecological state is not ready and also their pelvic growth is not finished either [10]. These pregnancyrelated complications are the second leading cause of death for girls aged 15 to 19 worldwide. It is also noted that three million unsafe abortions take place among girls aged 15 to 19 each year, which increases maternal mortality and causes lasting health problems. In Africa and Asia, around 13% of maternal deaths are linked to unsafe abortions [9,11]. Pregnancy in adolescent girls can also have economic and social consequences. Many young girls have to drop out of school when they become pregnant. However, a girl with little or no education will have fewer skills and fewer chances of finding a job [2].

Given the high prevalence of teenage pregnancies, the seriousness of complications and the maternal and fetal life threat at stake worldwide, in Africa, particularly in Cameroon; given the scarcity of studies on this subject in the city of Douala, we wondered about the family determinants exposing teenage pregnancies in secondary schools in the Douala 3rd district.

It was a case-control analytical study.

Period and duration of the study

Our source population consisted of all the pupils of the secondary schools of Douala 3rd selected in our study.

General inclusion criteria: Was included any pupil from one of the secondary schools of Douala 3rd having an age between 10 and 19 years old and agree to participate in the study with the informed consent of a parent.

Was considered as a case that declared having conceived at least once while the control was exempt.

Excluded from the study were those whose survey sheets were incomplete or poorly completed.

The sampling method was continuous and exhaustive. The minimum sample size was calculated according to the Schlesselman formula below [12]:

p : Prevalence of adolescent girls having started their reproductive life, i.e. 25% according to the 2011 EDS-MICS report in Cameroon [13].

p : prevalence of adolescent girls who have already had sexual intercourse, i.e. 81% according to the 2011 EDS-MICS report in Cameroon [13].

After numerical application of this formula, the case group was made up of at least 83 cases for 332 controls with a total number of 415 participants.

Data was collected using a structured questionnaire, explained and distributed to girls in their respective classes during recess in the absence of boys.

The variables of interest for this study were:

• The type of family of origin of the adolescent

• Person with whom she lived

• The concept of pregnancy in mother or sister in adolescence

• The position of the adolescent girl among the siblings

• Data linked to the economic level (employment of parents)

At the end of our study, 2,448 girls were interviewed. In total, we had 161 cases of pregnancies declared and 2287 girls who had never conceived a frequency of 6.57%. In the end, 445 adolescent girls met the inclusion criteria, including 89 cases and 356 controls (Figure 1). 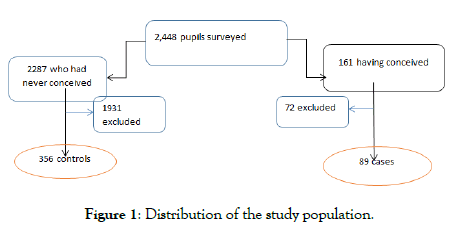 Figure 1: Distribution of the study population.

Most of the adolescent girls came from nuclear families (77.2%); however, the family type was not found to be a factor associated with the occurrence of teenage pregnancies (Table 1).

Table 1: Distribution of the study population according to the type of family from which the adolescent comes.

Similarly, the position of the adolescent in her siblings was not found to be a factor associated with the onset of early pregnancy (Table 2).

Table 2: Distribution of the study population according to the position among the siblings.

Table 3: Distribution of the study population according to the person with whom they live.

Table 4: Distribution according to the marital status of the head of the family.

Table 5: Distribution according to the person who bears the costs of the adolescent's schooling.

The starvation at school was highly exposing to external solicitations and found as a factor associated with the occurrence of teenage pregnancies (OR=3.11; CI=1.19-8.13) and this in a way significant (p=0.015) (Table 6).

Table 6: Distribution according to whether or not to benefit from what to eat at school.

Table 7: Distribution according to the mother who conceived before 20 years.

Table 8: Distribution by function of a sister who conceived in adolescence.

Table 9: Distribution by the function of a sister and mother who conceived during adolescence.

Limits of our Study

The delicacy of the subject under study associated with the strongly juvenile aspect of our population constituted obstacles to the declaration of pregnancy and therefore generate statistical biases.

Adolescence is in essence a period of self-structuring framed by parental referral.

Moving outside parents (aOR=1.68; CI=1.03-2.76; p=0.040), was found as a predictor of early pregnancy in our study population, thus corroborating the findings of other authors, including Mathewos and Mekuria in southern Ethiopia where adolescent girls who do not live with their two parents were 3.1 times more risk of early pregnancy [14], Faler et al. in their study in Brazil [15], Berrewearts and Noirhomme [16] in their study in Belgium, as well as Wado et al. [17] in their study conducted in five countries in East Africa claim that the absence of both parents during a certain period of adolescence increases the risk of pregnancy in young girls [15-17]. Indeed, the absence of the parents creates in the adolescent a communication deficit and an absence of education in sexuality which gives free rein to risky behaviours as well as to early pregnancies.

However, parental presence is not always a guarantee of secured sexuality; Beguy et al. in their study in Kenya who report a risk of early pregnancy among adolescent girls living with their two parents [18]. This finding suggests that sex education is complex and cannot be limited to the mere presence of both parents.

Adolescent girls whose tuition was not paid for by their parents were at higher risk of early pregnancy (aOR=1.73; CI=1.01-2.97). Our results can be superimposed on those of Sakinatou which showed that adolescent girls who pay their school fees and those who partially participate in them are 7 and 6 times more exposed to early pregnancies [19]. Our results also agree with those of the UNPF in Senegal where the inability of parents to pay school fees for adolescent girls, exposed them to prostitution [3]. Sexual compensation here being the logical continuation in our opinion of this financial assistance by a third party not a member of the family.

The adolescent not supervised and assisted by her parents is highly exposed to early sexuality and its corollary of early pregnancy.

The risk is also increased if a similar history was found in the mother and an older sister.

Contribution of our Study to Science

Our study highlights the multidimensionality of responsible kinship; the latter should not be limited to spacing births, nor to an exclusively physical presence without material or moral assistance to spur the structuring of adolescence which in essence is a period of great psychological fragility.

The authors thank the authorities in charge of education in the Douala 3rd district as well as the various managers of the schools included in this study for the facilities that they benefited from them for the materialization of this research.

The authors declare that they have no conflict of interest.

All authors have read and validated the final version of the manuscript.

Copyright: © 2020 Henri E, et al. This is an open-access article distributed under the terms of the Creative Commons Attribution License, which permits unrestricted use, distribution, and reproduction in any medium, provided the original author and source are credited.