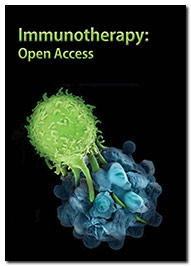 An alteration in the nucleic acid sequence of an organism's, viruses, or extra chromosomal DNA is referred to as a mutation. DNA or RNA can be found in the viral genome. Errors in DNA replication, viral replication, mitosis, meiosis, or other types of DNA damage (like pyrimidine dimers from exposure to ultraviolet radiation) can result in mutations. Damaged DNA may then undergo failure repair, particularly micro homology-mediated joining causes an error during other types of repair or result in a replication error (translesion synthesis). Due to mobile genetic elements, mutations can also result from the insertion or deletion of DNA segment [1]. Large portions of DNA can be duplicated during mutations, usually as a result of genetic recombination. Tens to hundreds of genes are duplicated in animal genomes per million years, which makes these duplications a significant source of genetic material for the development of new genes. Most genes can be identified by their sequence homology as belonging to bigger gene families. Pre-mRNA processing factor 31 (PRPF31) is a crucial element of RNA splicing and a Retinitis Pigmentosa (RP) disease-causing gene [2].

In the previous, found that the PRPF31 mutation R354X causes RP in a Chinese RP family and created cell lines using HEK293T cells that were stably expressing the R354X mutant, the Wild Type (WT) of PRPF31, and the corresponding empty vector in order to investigate the underlying molecular mechanisms of RP pathogenesis brought on by this mutation. The resulting cell lines were then used for long non-coding RNA sequencing (LncRNA-sequencing).

According to LncRNA sequencing, the R354X mutation affected both the expression and splicing of coding and non-coding transcripts when compared to WT (Wild Type).

Interestingly, overexpression of WT PRPF31 increased the expression of inflammation-related genes such IFI6, OAS3, and STAT3 in HEK293T and APRE-19 cells while preserving basal levels in R354X mutation cells. Furthermore, it was discovered that cells expressing R354X PRPF31 in HEK293T had increased H2AFX expression and decreased growth potential. In contrast to WT, the R354X mutant in HEK293T displayed a variety of splicing models on Dihydrofolate Reductase (DHFR). R354X mutant diminished its interaction with the ARPE-19 mRNAs CPSF1 and SORBS1, and its binding with CTNNBL1 was also disrupted. The effects of the R354X mutation on PRPF31's expression and splicing, cell survival, and gene function [3]. Those findings indicate that inflammation and oxidation might contribute the pathogenesis of RP induced by the R354X mutation. Retinitis Pigmentosa (RP) is an inherited eye disorder that is characterised by abnormalities in the retinal pigment epithelium and gradual degradation of photoreceptors.

In RP, the loss of rod photoreceptors can result in night blindness as an early phenotype; this is followed by the loss of cone photoreceptors, as well as neuronal, glial, and vascular remodeling, which causes vision loss [4]. Hundreds of mutations have been found in the more than 70 genes that cause RP illness [5]. The multiple disease-causing mutations in RP suggest complicated molecular pathways, including inflammation, during its development. Another distinguishing feature of the pathophysiology of RP is the pro-inflammatory component [6]. The progression of RP is significantly influenced by chronic and low-grade inflammatory processes.

The PRPF31 R354X mutation impairs the protein's ability to splice, which in turn prevents the biological functions of DNA repair-related genes. In addition to changing gene expression, the R354X mutant also reduces the ability of the gene to splice. Inhibitors of DHFR have been shown to be efficient treatments for bacterial infections since DHFR is a crucial enzyme needed to maintain bacterial development. According to a report that CPSF1 regulates the growth of retinal ganglion cells, improper splicing of this gene may have an impact on eye functions. Finally discovered that the R354X mutation in PRPF31 altered its ability to splice and exposed the retinal tissue to infection vulnerability.

Copyright: © 2022 Deng S. This is an open-access article distributed under the terms of the Creative Commons Attribution License, which permits unrestricted use, distribution, and reproduction in any medium, provided the original author and source are credited.