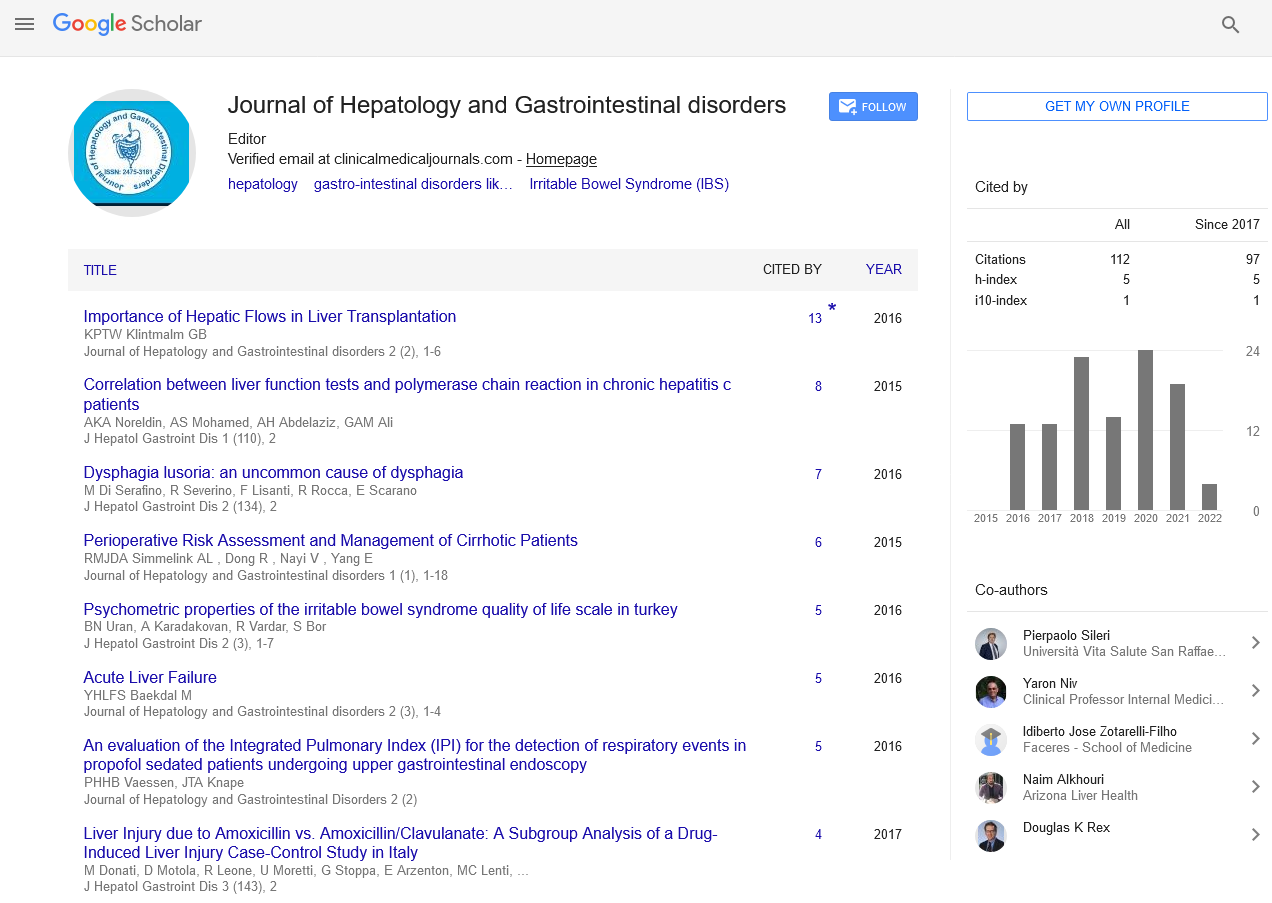 Laparoscopic sleeve gastrectomy (LSG) has become a good alternative for surgical treatment of obesity. We present a case of a 25-year-old female with a BMI of 51.5 kg/m2 who, during evaluation for bariatric surgery, presented a bulky tumor in the right lobe of the liver that appeared to be benign. A successful two-stage treatment was conducted: first, a LSG was performed and, a year later and with the patient presenting a BMI of 28.5 kg/m2, she underwent a liver bisegmentectomy, segment II nodule resection and cholecystectomy. The pathology report showed Hepatic Peliosis (HP).

We present a case of a 25-year-old female, who was referred to our clinic for the treatment of obesity. Her body mass index (BMI) was 51.5 kg/m2. Her past medical history was significant for insulin resistance, degenerative joint disease and hepatic steatosis. She had been taking oral contraceptives for 5 years. During preoperative evaluation, results showed an elevated alkaline phosphatase (ALP) 900 IU/l (normal value <300 UI/l) and gamma glutamyl transferase (GGT) 60 UI/l (normal value 10-50 UI/l).

All the remaining values were within normal limits. An abdominal ultrasound showed hepatomegaly, level 3 hepatic steatosis and a 9 × 9 cm isoechoic nodule in the right lobe of the liver. Double contrast abdominal and pelvic computerized tomography (CT) scan showed a 13 × 16 cm subcapsular lesion in segments VI and VII of the liver. This lesion had a barely noticeable non-homogenous enhancement found during the arterial phase with parenchyma homogenization in the delayed phase, simulating an atypical hemangioma. Subsequently, a magnetic resonance imaging (MRI) was requested.

The MRI showed the same lesion with similar proportions that compromised segments VI and VII with a non-homogeneous, hyperintense in T2 and isointense in T1 signal. Compared to the early arterial phase, the MRI showed a non-homogeneous enhancement mostly in the center with abnormal hypointense areas. In late arterial phase, the MRI showed a homogeneous enhancement similar to the arterial structure. There were other smaller lesions in segments II, IV, VII and VIII with similar characteristics (Figures 1 and 2). After performing a multidisciplinary evaluation and considering that a benign hepatic tumor in a superobese patient was the most probable diagnosis, both the patient and the liver team specialists decided to perform a laparoscopic sleeve gastrectomy (LSG) with hepatic biopsy, as a first step, in order to induce weight reduction, and to obtain an anatomo-pathologic diagnosis of the lesion. The second step would be to proceed with the treatment of the lesion depending of the pathology report. In case of necessity, a liver resection would be performed after weight loss, under safer conditions. Due to risk of bleeding, a percutaneous needle biopsy was contraindicated.

A LSG was performed. Calibration was made over a 42 French bougie and staples were reinforced with absorbable sutures. During surgery, needle biopsy was attempted but it could not be completed due to heavy bleeding of the hepatic lesion when touched. There were no complications and she was discharged home on postoperative day 2. Oral contraceptives were discontinued. A new MRI was ordered and, if no changes were found, a liver resection would be the next step. At 9 months follow-up, the patient had lost 114 lbs (BMI 31 kg/m2) and the MRI showed no changes. Consequently, surgery was scheduled. The operation took place one year after the LSG. At the time of the operation, patient's BMI was 28.5 kg/m2. During abdominal exploration, a large size tumor located in segments VI and VII was found. It seemed to be a nodular hyperplasia. Another small nodule in segment II was found. These findings were confirmed by an intraoperative ultrasound. Bisegmentectomy, segment II nodule resection and cholecystectomy were performed. Her postoperative course was uneventful and she was released home on postoperative day 5. The pathology report showed: hepatic parenchyma with sinusoidal dilatation and inflammatory infiltration, mostly lymphoplasmocitic, with scattered eosinophiles mainly in the portal spaces but affecting the surrounding tissue. Conclusion: hepatic nodule in segments II, VI and VII compatible with hepatic peliosis and gallbladder with chronic cholecystitis.

At 48 months follow-up after LSG, the patient is doing well, with a BMI of 28 kg/m2, no related comorbidities and an excellent quality of life. On an imaging routine evaluation, a small 12 mm lesion in segment 8 was found. This lesion presented the same characteristics than the previous lesions, and it will be monitored periodically.

Bariatric surgery is currently the most effective long term treatment for morbid obesity [1]. LSG has proven to be effective in terms of weight loss and comorbidity resolution for the past ten years [2-5]. Complications deriving from this technique are between 0% and 15%, whereas reported postoperative mortality rate is 0.19% [3,6-9].

It is well known that any type of surgery can become challenging in an obese patient. These patients present higher postoperative complication and mortality rates.

Mathur et al. studied the influence of patient’s BMI on postoperative complications and 30- days mortality rate after liver resection. This was a study on 3,960 patients where 32% of them were obese. Obese patients were compared with normal weight patients. The former group presented significantly more exposure to postoperative mortality and complications [7].

Balzan et al. [8] reported their experience on 684 patients undergoing liver resection; independently from the amplitude of the resection, obese patients presented more respiratory complications. In addition, results after a major liver resection, were compared between normal weight subjects vs. overweight and obese patients. The later group showed longer operative time, higher complication rate, ascites, blood transfusion, and longer hospital stay. According to the authors, overweight and obese patients were more exposed to severe, and even fatal complications after major liver resections. Nair et al. [9] published their series of 18,172 orthotopic liver transplants, with 21% of them presenting some level of obesity; they found that primary graft dysfunction and short, medium and long term mortality were considerably higher in morbidly obese patients being morbid obesity an independent predictor value of mortality in this group of patients. Therefore, they recommended weight reduction for obese patients with BMI>35 kg/m2 candidates for liver transplantation.

Several other comparative studies showed differences regarding postoperative morbidity and mortality among patients with regular weight and obese patients [10-14].

LSG has been recognized as a primary bariatric surgical procedure due to its effectiveness in weight loss and resolution of comorbidities. However, there are some "non-conventional" indications, such as fast weight reduction for those patients with high surgical risk who need a non-bariatric second procedure [15]. This indication has not been deeply studied and currently, there are few reports on it. Hidalgo et al. reported their experience on 18 obese patients who underwent LSG and needed a non-bariatric second surgery (such as trauma surgery, resection of abdominal tumors, kidney transplants and recurrent incisional hernias repair); 90% of these patients were ASA (American Society of Anesthesiology) III or IV, with an average preoperative BMI of 44.87 kg/m2. After LSG, BMI was 35.79 kg/m2 and there were no complications or mortality. Half of these patients had a non-bariatric second surgery 6 months after the LSG and presented no major complications. Hence, the authors concluded that LSG proved to be safe and effective for high risk patients who needed another surgery, and would not qualify otherwise, due to their obesity [16].

In another study, Gianos et al. [17] reported their experience on four obese patients diagnosed with malignant neoplasia in its initial stage (one patient with carcinoid tumor located in the terminal ileum, two patients with kidney tumors, and the last one with prostate cancer). They all underwent LSG for weight reduction before their final oncological surgery. Their preoperative BMI was 47.8 kg/m2. Three months after LSG they had lost an average of 66 lbs., and they were able to have their oncologic surgery without morbidity or mortality.

In our case, LSG was considered as the first step. One year after LSG, downstaging her status from super obese to overweight, the patient underwent a right hepatectomy, without any complication. The pathology report showed hepatic peliosis.

Hepatic Peliosis is an unusual benign arterial disease characterized by the presence of unique or multiple nodules in the liver composed by extended sinusoids and multiple lacunar spaces filled with blood. It can also affect the spleen, lymph nodes and even the bone marrow, pleura, lungs, kidney, stomach, ileum and the adrenal glands. “Peliosis” is a term that arises from the Greek pelios which means "dark" or "purple" due to the color of the hepatic parenchyma with peliosis [18]. It is mostly found in adults between 50 and 60 years. The size of the lesion may vary from a few millimeters to a few centimeters. Pathogenesis for HP is unknown. It is believed that the initial injury may be caused by the blockage of the hepatic flow coming out of the liver near the sinusoid and, consequently, its disruption. Another two theories are: dilatation of the central liver lobe vein or hepatocellular necrosis that may lead to cavity formation [19,20].

HP has also been associated with long term treatments involving the use of steroids, androgens, immunosuppressive drugs, tamoxifen, azathioprine, methotrexate and oral contraceptives as well as with chronic alcoholism, parenteral administration of drugs and chronic infections. Still, in around 20% to 50% of the cases, the cause cannot be identified [21,22].

It is usually clinically asymptomatic and incidentally found during laparotomies or exploratory laparoscopies. It can also manifest with abdominal pain or it can even be noticed during autopsies [23]. It can affect an area or a specific point of the hepatic parenchyma. However, some forms may present with hepatomegaly, ascites, portal hypertension, cholestasis, hepatorenal syndrome, intrahepatic hematoma, hemoperitoneum or hepatic and/or respiratory failure. These lesions have high risk of rupture during blunt injuries, especially if they are located in the right lobe [18,19]. Most cases do not require treatment unless they present complications.

HP usually shows regression when removing any of the responsible factors described above [18,24].

Imaging findings may differ according to HP patterns. Abdominal ultrasound (US) may show lesions varying from homogeneous hypoechoic images in patients with fatty liver, to heterogeneous hypoechogenic areas when bleeding is present, or hyperechoic lesions in patients with normal liver or even isoechogenic nodular lesions with different size which show normal Doppler signal [25,26]. Abdominal US may detect the initial lesion but it cannot provide an accurate diagnosis.

CT scan findings depend on the size of the lesion, the presence of thrombosis within the sinusoids, the distribution of cavitations and whether there is bleeding or not. Lesions can be hyperintense compared to the hepatic parenchyma. In the early arterial phase, lesions are hypointense compared to the hepatic parenchyma and tend to become isointense. In the late arterial phase, a diffused homogeneous enhancement can be observed, which helps to elaborate differential diagnosis from other focal lesions. On occasions, HP can be hard to distinguish from multiple abscesses, hemangiomas or metastasis [18,19,27].

MRI findings depend on age, type of progress and blood component. In T2 lesions are usually hyperintense compared to the hepatic parenchyma due to hemorrhagic necrosis. In T1, lesions are hypointense due to bleeding but they can also be isointense or hyperintense. After administering IV contrast, lesions can usually show enhancement from the center towards the edges; however, enhancement can also be from the edges towards the center, as in a hemangioma [18].

Differential diagnosis must include adenomas, hemangiomas, focal nodular hyperplasia, abscesses, metastatic lesions and hepatocarcinoma. Past medical history, clinical condition and, most importantly, imaging findings might help to perform the correct diagnosis. Even though percutaneous biopsy could confirm the diagnosis, it is not recommended due to high risk of bleeding [19]. Surgical biopsy is mandatory when the lesion is not clearly defined by other less invasive methods [28].

It is extremely important to establish an accurate diagnosis since drug or toxin removal can treat the disease and prevent major complications. Hepatic artery embolization in case of bleeding or even hepatectomy in cases where other methods failed have been reported [29,30]. Liver transplant is the last resource in case of hepatic failure [31].

Copyright: © 2017 German V, et al. This is an open-access article distributed under the terms of the Creative Commons Attribution License, which permits unrestricted use, distribution, and reproduction in any medium, provided the original author and source are credited.
Top