Introduction: There is evidence that schoolbags may be a contributing factor for musculoskeletal complaints in schoolchildren. Several studies have reported an association between carrying heavily loaded schoolbags and pain or discomfort. Methods: 105 collegiate students were conveniently recruited in this study; heart rate (HR) and perceived exertion were measured immediately after the treadmill walking with the back pack, right side pack and left side pack. Subject has to walk for 20 min after that the HR was measured using pulse oximeter and perceived exertion was measured using Borg’s RPE scale. Results: It showed there is a significant increase in RPE with right side pack, with left side pack and with back pack after treadmill walking. Conclusion: Ratings of Perceived Exertion (RPE) increased after treadmill walking with carrying load in right side pack, left side pack and back pack.

The backpack and side pack is one of the various forms of manual load carriage that provides flexibility in load carrying and is often used by the soldiers, school children as well as by the college students [1]. Backpack carriage is common among adults, collegiate students, schoolchildren and adolescents for daily transferring of personal belongings, laptops, books and stationeries to and from offices, colleges or schools. As the load of backpack is directly applied to the spine via the shoulder straps and external loading has been demonstrated to be associated with spinal disorders [2]. De Paula et al. [3] found that a significant number of students carry backpacks weighing more than 10% of their BWs most of the time. This heavy stress puts the student at an increased risk of injury [4].

There is evidence that schoolbags may be a contributing factor for musculoskeletal complaints in schoolchildren [5]. Several studies have reported an association between carrying heavily loaded schoolbags and musculoskeletal pain or discomfort [6]. Load carriage has been associated with an increased risk of musculoskeletal disorders in the back and upper and lower limbs in recreational hikers [7] with females suffering significantly higher injury rates than males when participating in the same hiking activities in outdoor education [8].

Backpack carried by collegiate students and their role in the development of musculoskeletal pain has been the subject of recent attention [9] and reducing backpack weight has been suggested as one prevention strategy to reduce hiking-related injury [10] with previous research recommending a 30% body weight (BW) as the maximum load for healthy adult males [11]. If it is necessary to carry loads more than 10% of BW, the modified backpack helps the integrity of the back and neck. Also, it helps to reduce muscular stresses on the back when the backpack exceeds the lifted weight of 10% of student’s BW. Therefore, the use of the modified backpack is better than to use the commercial one [12].

Backpack straps often compress the anterior part of the shoulder, situated in the region over the brachial plexus, axillary artery and vein [13]. Therefore, if compression of these tissues occurs it may affect hand/arm circulation and sensation. One study found that a third of backpackers report transient upper extremity paresthesias [14]. In some occupational categories, upper extremity and hand function is required to perform work while donning a heavy backpack. Therefore, reduced sensation and blood perfusion in the hand could impair task function.

At present, however, community-based therapists are reporting an increase in the number of students requiring treatment for musculoskeletal injuries and discomfort [20]. This increase in the number of students as patients has been suggested to be related to students’ increased use of computers. It is evident that a lot of research work has been done related to back pack and RPE but there is a paucity of research linking the involvement with side pack in their perceived exertion during walking, thus there is a need to do a work on that specific aspect. The purpose of the study is to find out the changes in perceived exertion after treadmill walking with backpack and side pack.

105 collegiate student form Sardar Bhagwan Singh (PG) Institute of Biomedical Sciences and Research, Balawala, Dehradun were conveniently recruited in this study. The detailed protocol of the research was explained and consent of every subject was taken prior to their inclusion in the study. The whole research was approved by the human subjects ethics review committee at the Punjabi University, Patiala, India. Healthy collegiate students of both male and female with age group of 17-25 years who carry their back pack/side pack at least two hours a day were included and subjects with history of any trauma and history of any cardiovascular conditions were excluded from the study.

Every subject was undergone treadmill walking to find out the muscular activity and exertion. Subject walked for 20 min at a speed of 4-5 km/hour with the right side pack then immediately after walking HR was measured using pulse oximeter. The pulse oximeter was placed in the index finger of the subjects and wait for readings. The digital screen will display the heart rate. The whole procedure was repeated with left side pack and back pack.

The Borg’s RPE scale was used to assess whole body perceived exertion during treadmill exercise. Before the treadmill walking, all participants were read standardized instructions. [23] The low and high perceptual anchors for the RPE scale were established during the maximal treadmill walking exercise test. A rating of 6 (low anchor) was assigned to the lowest exercise intensity, whereas a rating of 20 was assigned to the highest exercise intensity [24]. The meaning of the perception of physical exertion was initially explained; this was defined as an intensity exertion, discomfort, stress, or fatigue that the individual feels during exercise. The following specific instructions were read to participants: “Please use this scale to translate into numbers your feelings of exertion while exercising. The numbers on the scale represent a range of feelings from very, very light to very hard. To help you select a number that corresponds to your feelings regarding the exercise, consider the following: When the exercise exertion feels very, very light, respond with a number 7. For example, you should respond with a number 7 when you are walking very slowly on the treadmill. When the exercise exertion feels very, very hard, respond with a number 19. For example, a response of 19 is appropriate when your feelings of exertion are the same as when you run on a treadmill almost as fast and hard as you can. If your exercise feelings are less intense than very, very light, respond with a number 6, and if your feelings are more intense than very, very hard, respond with a number 20. When you rate your overall exertion, be sure to select the number that most accurately represents your whole body’s feelings. If the exercise exertion feels somewhere between very, very light (RPE 7) and very very hard (RPE 19) then you should give a number of between 7 and 19.” The RPE values were recorded during the last 15 seconds of each minute throughout the treadmill walking test [25].

Table 3: Comparison of RPE (Rating of Perceived Exertion) Readings of right side and left side with different packs

Figure 1: Mean Comparison of HR Readings of pre and post.

Figure 2: Mean comparison of RPE (Rating of Perceived Exertion) of pre and post. 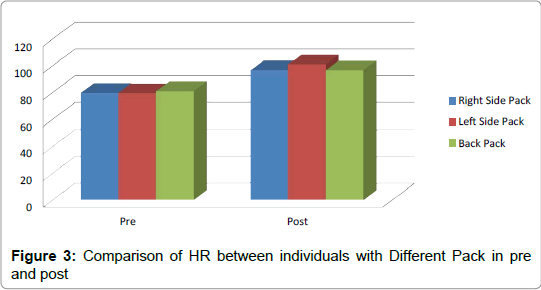 Figure 3: Comparison of HR between individuals with Different Pack in pre and post.

Table 2: Comparison of HR Readings of before & after treadmill walking with different packs.

Table 4: Comparison of HR between individuals with Different Pack in Pre reading.

Table 5: Comparison of RPE between individuals with Different Pack in Pre reading. 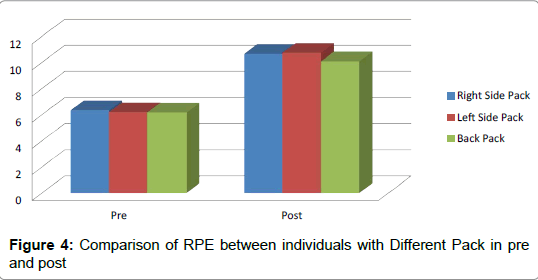 Figure 4: Comparison of RPE between individuals with Different Pack in pre and post.

RPE was measured before and after treadmill walking and comparison was done between before and after treadmill walking in individuals with different pack, the results of the study showed significant differences with right side pack, with left side pack and with back pack, that means RPE was increased after treadmill walking with all types of pack. So when students carrying load that increases the exertion level and they feel a noticeable change in pain when carrying loads which supports with the findings of Devroey et al. [26] that loads of 0% is significantly different than loads of 10% BM. During the walking period, heart rates showed a significant difference, indicating that the student had reached a good exercise state at each workload. The trends of changing HR in this study were also found in other studies on loads carried by children [27]. Findings of Astrand and Rodahl [28] found that when a fit subject is exercising at less than 65% of maximum cardiovascular response is in a steady state.

Moreover, the increase in RPE during the treadmill walking can be explained by increments in perceived pulmonary efforts that are attributable to progressive hyperventilation. Indeed, leg effort should be near maximal from the very beginning of the exercise bout; conversely, ventilation would increase because of progressive metabolic acidosis and contribute markedly to RPE measures as the load was increased during the walking [29]. In addition, RPE has been correlated with several physiological indicators of exercise intensity such as oxygen consumption, blood lactate concentration, and HR during a variety of exercise protocols [30].

This might be because treadmill walking started with right side pack first then left side pack and lastly with back pack thus at the end the exertion was reached a steady level.

The HR was measured before and after treadmill walking and comparison was done between pre and post HR with different pack, the result showed significant differences in all types of pack viz. right side pack, with left side pack and with back pack that means HR was increased after treadmill walking with all types of packs. HR is the component has been commonly observed during static muscular exercise. Kilbom [31] has concluded in his review that the resulting increase in cardiac output during static contractions is mainly directed towards the peripheral parts of the body and only a small part is supplied to the myocardium. In this study standing while carrying a backpack, however, required no significant extra metabolic energy which is in agreement with other studies [32]. In most studies it has been assumed that the metabolic cost per kg load is not dependent on the total mass for loads carried centrally on the body [32].

The increased forward flexion of the spine will possibly increase the shear forces on the segments of the spinal column and it has been noted that sagittal and lateral shear should not be ignored in the assessment of lumbar load (Jager and Luttmann) [33]. This type of loading may be a factor contributing to chronic injuries and subsequent reports of low back pain. Although there was a strong trend towards higher discomfort in the poorer neck posture assumed for laptop use [34].

Based on our results and analysis, we can concluded that RPE increased after treadmill walking with carrying load in right side pack, left side pack and back pack.

Copyright: © 2016 Sen S, et al. This is an open-access article distributed under the terms of the Creative Commons Attribution License, which permits unrestricted use, distribution, and reproduction in any medium, provided the original author and source are credited.
Top