Introduction: Maxillofacial injuries may appear to be minor and small, can quickly progress and become lifethreatening and lead to brain damage. Incidence, etiology and epidemiology of maxillofacial injuries and facial fractures are different in various areas with different cultures, socio-economic states. The aim of this study is to investigate the etiology, location, and severity of damage and demography of patients with facial fractures and injuries (maxillofacial) in multiple trauma patients. Material and Method: In this cross-sectional study, all of the patients with maxillofacial fractures who were admitted to Imam Reza trauma centre of Tabriz enrolled between April 2015-2016 were evaluated. All fractures were identified, and demographic information, including age, gender, type of injury, the presence or absence of safety data were collected and analysed by the IBM® SPSS® software release 16.0.0. Results: 83 patients of our study (75.9%) were male (M: F=3:1). The average age of patients was 34.1 ± 5.83 years. Most of the events took place in August (21.7%) and in summer (42.16%). The average numbers of fractures in patients were 1.73. Car collision accounts for 33.7%, falling trauma for 21.7% and car to motorcycle for 15.7% of accidents. Only 3 of the patients in the present study had the safety factors. In the study of fracture types in the target population, orbital rim fracture was in 55.42% of patients and zygoma fracture was in 34.93% of them. Le Fort fracture type II was the most common one with a frequency of 7.22%. Conclusion: The results of this study indicate further relation between maxillofacial fractures and traffic accidents especially during the holiday season and lack of safety equipment.

An ATLS (Advanced Trauma Life Support) protocol was published in 1987 for the first time and was accepted as a gold standard method of dealing with traumatic patients in the emergency. However it lacks the protocols for the method and location of maxillofacial injuries. Although injuries related to superior of clavicle seem minor and small but they are progressive and life-threatening [1-4]. Maxillofacial injuries are usually happening with brain injuries simultaneously [4]. Incidence and etiology of maxillofacial injuries and fractures of different regions of face bones are different. Culture, socioeconomic differences and awareness of driving rules and drinking alcohol are very important. A report from various parts of Turkey declares several etiologies [5-8]. According to the studies from developed countries, injuries leading to maxillofacial fracture are usually due to car accidents, pedestrian accident, sports, and work accidents. This epidemiology in developing countries is mostly related to road accidents, violence, and fighting [9-15]. Maxillofacial injuries can also occur isolated, but most of the time it comes with high energy trauma. These injuries could also be sever and life threatening and sometimes needing multiple services approach [16]. Several reports from different countries have been published based on maxillofacial fractures with analysis and discussion on various occasions [17-26]. Kind of trauma, its severity, and injuries with maxillofacial fractures help us to deal and handle them the best way. There are only a few general studies discussing this important [10,27-32]. In this study, we want to investigate etiology, area and severity of injuries and demographic characteristics of fractures and maxillofacial fractures in multi traumatic patients.

All patients from March 2014 till March 2015 with complain of multi trauma referred to trauma centre in the north west of Iran (Imam Reza Hospital In Tabriz) with diagnosis of maxillofacial fractures are studied. In radiology and CT scan, type of fracture is detected and age, sex, kind of trauma, existence of safety, factor are inserted to data collection form which are designed. Patients whose information was not available, uncompleted, lack of patients consent were not investigated in our study. 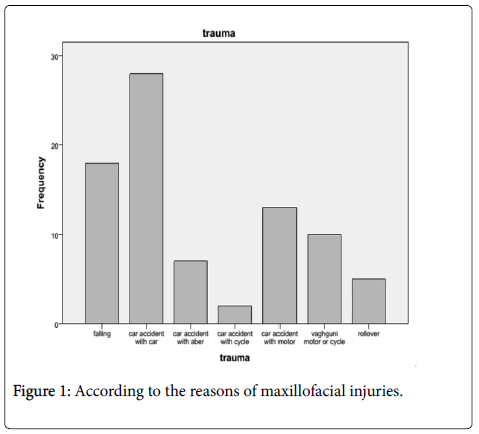 Figure 1: According to the reasons of maxillofacial injuries. 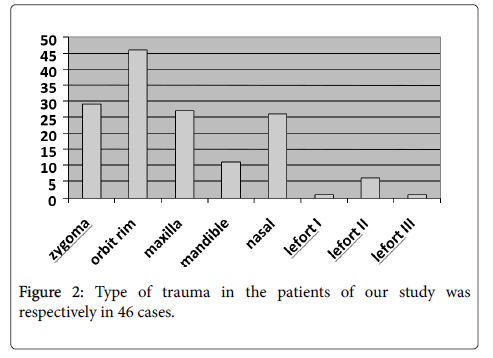 Figure 2: Type of trauma in the patients of our study was respectively in 46 cases. 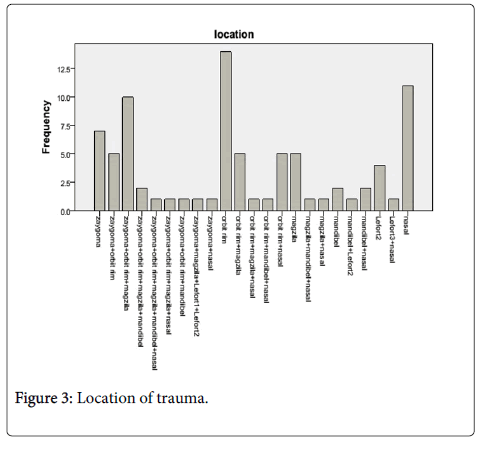 Unfortunately head and neck is the most damaged organ in trauma after limbs in multiple trauma [37] specially in motorcycle riders who is young and male and most of the time did not obey to use protective instruments has head and face trauma [38].

By using ultrasonography for finding free fluid in abdomen and pneumothorax and hemotoraxs in chest, may be it can useful for midface bones to use it in bedside [39-41].

The most common age of maxillofacial injury is the third decade of life. The sex ratio of male to female is 3:1. It happens in holiday seasons of the year most often (spring and summer). Car accident is the most common reason for facial injuries and fractures. There were not cases of violance and trauma due to sports activity. Regarding to the type of trauma, the most common regions of fracture are respectively rime of orbit fracture and zygoma fracture. The most common type of Le Fort fracture was type 2. Many patients of our study with maxillofacial fractures have not complied safety tips like using helmet and safety belts.

Copyright: © 2016 Vahdati SS, et al. This is an open-access article distributed under the terms of the Creative Commons Attribution License; which permits unrestricted use; distribution; and reproduction in any medium; provided the original author and source are credited.