The Padma River has been eroding both its banks. Both the banks of the River are migrating outwards and thus the River is widening. During the last four decades the net erosion along the 100 km long Padma River was about 32,189 ha [1-8]. The rate of erosion along the River varies over time [8]. The rate of widening of the Padma River was 160 m/year in the 1980s, which increased to 230 m/year in the 1990s and recently, the rate of widening has reduced to 130 m/year [9-12]. Riverbank erosion generally occurs at the outer banks of flanking meandering channels and rate of erosion and erosion pattern largely depends on the characteristics of bank materials [7,11,13-17]. The characteristics of the bank materials along the both banks are not uniform and therefore, erodibility highly erodible and less erodible [6,11,12,18,19]. A bank erosion characteristic of less erodible bank is very different from that of the highly erodible bank. With an oblique flow attacking the bank, the rate of bank erosion would be several hundred meters per year in the case of highly erodible bank materials [4,6,12,20]. The sinuosity ratio and braiding index of the Ganges-Padma River have been increasing by planform changing [21], which is the indication of erosion differences along the banks. The bank erosion has caused the morphometric changes of the Ganga River [22]. Rahman and Islam [17] have analyzed bank erosion pattern of the Padma River only at particular location of the left bank. Actually, there is a dearth in providing the precise both banks erosion pattern in the earlier studies. The main purpose of this study is to assess the erosion rate and identifies the erosion pattern along the both banks of the Padma River.

Geological Characteristics of the Padma River

The Padma River is the combined flow of the Jamuna and the Ganges Rivers and is stretched from Aricha to the confluence with the Meghna River near Chandpur [4,12,23]. The present course of the Padma is relatively new, less than 200 years [24]. As the course of the Padma is relatively new, it is likely that its own sediment has formed not all its floodplain and bank materials [25-28]. This is especially true for the floodplain and bank materials of the River along its left bank. According to Coleman (14), the Atrai-Gur and Tippera surface sediments have formed the left-bank floodplain of the River. Erosion resistant properties are attributed to the Atrai-Gur sediments.

Brammer [29] presented physiographic units, which show most of the plains along both banks of the River comprising of the Ganges River floodplain (Figure 1). Like the geological map produced, no difference between the left and right banks of the floodplains and bank materials can be identified [30]. However, it appears that the geomorphic map produced by Coleman [14] would be more relevant for the study surface. Scars of channels and linear settlement patterns give evidences that this floodplain has been formed recently [31]. The classes designated by Coleman [14] and GSB [32] are different [30]. According to Alam [30] the narrow strip along the left bank of the River has been designated as alluvial sand and the floodplains farther away from the River have been designated as alluvial silt. This map does not show huge difference in the textures and physical properties between the floodplains of left and right banks. Figure 1: Physiographic of Bangladesh and characteristics of the Padma River.

There have been many efforts to evaluate the use of Landsat Multispectral Scanner (MSS) and Landsat Thematic Mapper (TM), and Indian Remote Sensing Linear Imaging and Self Scanning (IRS LISS) data to delineate digitally geomorphic features [17]. This study has used remote sensing images provided by CEGIS. The satellite images for the period 1967-2009 have been precisely used for digital modeling the erosion pattern. Information about the type, date and resolution of the satellite images used in this analysis is presented in Table 1.

Bangladesh Water Development Board (BWDB) monitors and assesses the quantity of erosion every year at ground level. The field observation data are more accurate to quantify and compare the erosion along the banks of the River. The integration of erosion monitoring data of BWDB and remote sensing images provided the better understanding on comparison the present erosion study.

Erosion along the Padma river

The rate of erosion along the banks of the Padma River is very high – several hundred meters per year. Of the 120 km long right bank, erosion took place along 90 km reach during the period (Figure 2). Accretion (8,380 ha) in right bank is one-third of erosion (20,300) during that period (Table 2). Erosion scenario of left bank is quite similar to that of the right bank, but accretion had different pattern. Of the 105 km long left bank, the extent of erosion was 95 km and accretion was only 5 km. The total erosion during the last 36 years was 39,560 ha and accretion was 8,390 ha. Erosion was 5 times higher than accretion (Table 2). District wise accounts of erosion are presented in Table 3. The maximum erosion occurred in Faridpur (9,150 ha) and Shariatpur (8,610 ha) districts along the right bank, and the highest erosion occurred in Manikganj district (8,600 ha) along the left bank.

Table 2: Erosion-accretion along the Padma River. 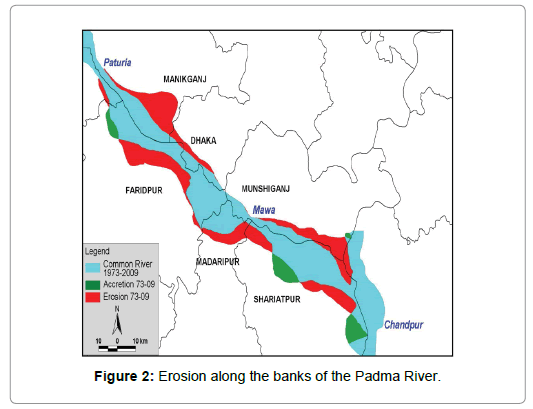 Figure 2: Erosion along the banks of the Padma River.

Erosion pattern along the banks

Figures 3 and 4 represent spatial bank line shifting pattern over the time (1967-2009) along both banks of the Padma River. Most of the stretches of Riverbank have been experiencing erosion. The rate of erosion varies from several tens of meters to kilometres per year. The maximum lateral extent of erosion can be as high as 2,000 m/ year at Faridpur (Figure 3). In one occasion along the right bank, the lateral extent was more than 1,800 m/yr for the four years, 1980-84. The location was at Gharishar of Shariatpur district, which was 3.5 km downstream of Sureshwar. There were a number of locations where the lateral extent of erosion was more than 1000-1500 m/yr. Maximum highest consecutive annual erosion was 1500 m in 2003-04 along the right bank. Maximum highest erosion was 2200 m/yr in 2000-01 along the left bank at Harirampur of Manikganj district (Figure 4). Middle part of the left bank is comparatively older; therefore, erosion rate is very low there. Figure 3: Erosion pattern along the right bank of the Padma River. Figure 4: Erosion pattern along the left bank of the Padma River.

Erosion rate along the banks

Table 4: Erosion rate along the banks of the Padma River.

Erosion from 1994 to 2009 was 14,210 ha and 6,370 ha along the right and left bank respectively. During this period, erosion along the right bank was about 1.2 times higher than that along the left bank. The erosions were not evenly distributed along both banks (Figure 5). There were some reaches where erosion was almost nil. There are other reaches where erosion continues for the last 16 years and the River penetrated into the floodplain up to 1,000 m. Along the left bank erosion was relatively small at the middle reach (Figure 5). Natural land formation from Mawa to 15 km upstream location may be responsible for very low rate erosion at left bank of this reach. From Aricha to Paturia, left bank is relatively erosion resistant. The rest part of the River is sensible to erosion. The maximum penetration into the floodplain occurred along the left bank at Harirampur and the right bank at Faridpur, where the River penetrated about 5 km and 6 km respectively during the last 15 years (Figure 5). For both the banks, reach-averaged annual rate of erosion per kilometre was minimum in Reach 2 where single channel was present for most of the years on left bank (Table 6). Maximum reach average erosion occurs on right bank of Reach 1 (Figure 6). The rate of reachaveraged erosion was maximum along the right bank for all reaches. Though main channels were present on both banks of Reach 1 and Reach 3, average erosion was maximum on right bank. This event is due to the characteristics of bank materials. Erosion occurs mainly by the main channels along the Padma River. The significance finding is that when the main channels attack the relatively erodible floodplain, erosion occurs, whereas, erosion is very negligible when minor channel attacks the bank. Figure 6: Different reaches and relationship between rates of erosion and influence of main channel.

The total erosion along the both banks of the River from 1967 to 2009 was 66,457 ha. The erosion is not uniform along the banks. The erosion rate and eroded area is higher along the right bank than the left bank. In the middle part of reach 2 erosion is almost nill along the left bank and the right bank has experienced very few erosion in this reach. From Aricha to Paturia, along the left bank is relatively erosion resistant. But immediately downstream of Paturia, the River has penetrated 5 km at Harirampur in Manikganj district developing a meandering bend while the River has penetrated 6 km into the floodplain of Faridpur district forming a meandering bend at this location. This form of particular erosion pattern at these locations is mainly for three reasons, firstly; the Padma is a naturally free flowing unrestricted River, secondly; it is a very large sand-bed River and the banks of these areas are consist of highly erodible bank materials that have largely attributed to massive erosion. Thirdly, in the meandering planform stage the River has caused the erosion at the outer banks of flanking meandering channels developing the meandering bend. The assessment of erosion intensity and identification of erosion pattern convey the morphodynamics and the morphological development of the River. The exploration might be helpful for predicting the future autonomous development of the River and could play significant role for planning, designing and constructing the infrastructure and River training work. The flood plains along the right bank of the Pamda River have been formed by the earlier courses of the Ganges/the Padma River, except for the patch of the Tippera.