Background: Cervical ectopy is a common entity among women attending gynaecological OPD for various complaints which itself could be the cause or present otherwise. The treatment modalities currently available are electrocoagulation, cry cauterization, laser cauterization, and drug treatment. Most of these procedures require a high learning curve, associated with side-effects, and are costly. Furthermore, routine treatment for ectopy has long been debated and there are no current guidelines for the same. Tranexamic acid, with its easy applicability, availability, and minimal costs could be an effective alternative.

Objective: To evaluate the therapeutic effectiveness and safety of topical tranexamic acid for the treatment of cervix erosion.

Methodology: A total of 75 cases of cervical erosion were taken who satisfied the inclusion and exclusion criteria of the study. Patients were randomized into two groups. Local application of tranexamic acid (Group A, n=38) or povidone-iodine solution (Group B, n=37) for 5 minutes were applied with the patient position kept constant for 15 minutes and daily dosage were given for 10 days. All the patients were followed up at the end of 2nd and 4th week and after 3 months for complete healing, relief of symptoms like chronic pelvic pain, recurrent vaginitis, contact bleeding, and vaginal discharge, and possible side effects.

Results: In group A, all 7 and 20 patients complaining of chronic pelvic pain and contact bleeding respectively were cured of it (100% cure). For the other symptoms such as recurrent vaginitis and vaginal discharge, cure rates were 81.25% and 87.5% respectively. In group B, the cure was seen only in vaginal discharge with 12 patients getting cured out of 33 (36.36%) and no response in other symptoms. Side effect in the form of vaginal irritation was found only in group B in 17 patients (45.94%) whereas none were observed in group A who received the tranexamic acid application. We observed a positive correlation between cervical erosion and tranexamic acid application in terms of healing and side effects.

Cervical ectopy, a physiological phenomenon is the replacement of the stratified squamous epithelium of the ectocervix by the columnar epithelium extending from the endocervix [1]. The reported prevalence ranges from 17%-50%, [2,3] with adolescents, pregnant women, and those taking hormonal oral contraceptive pills being majorly affected [4]. It is likely that most women, if not all, will have ectopy at some point during their lifetimes. The natural history of ectopy is well known. After its development, the columnar epithelium undergoes a process of squamous metaplasia. In its natural course, it may take months or years, and ultimately the exposed columnar epithelium is partially or fully converted into stratified squamous epithelium. The resulting area is called the transformation zone [1].

Nonetheless, its management has historically consisted of interventions to induce or accelerate its regression. There seems to be a current trend towards less intervention, but it is still very common. The treatments currently available are electrocoagulation, cry cauterization, laser cauterization, and drug treatment. The success of these is controversial as they are operator dependent, require a high learning curve, associated with side-effects and high cost [1,5,6]. Routine treatment for ectopy has long been debated and there are no current recommendations or guidelines followed strictly in any institutional setup.

Treatment interventions most suitable would be those which can fight the massive burden of high disease prevalence with minimal utilization of resources and added costs. Tranexamic acid, the antifibrinolytic agent has been for decades used to reduce blood loss in surgeries, dental extractions, and haemophilia patients. With the recent advancement in this area, postpartum haemorrhage and trauma have also been shown to get benefitted by the application of tranexamic acid [7-9]. Its effects beyond this sphere and in the treatment of cervical ectopy has been poorly documented with a lack of strong scientific evidence. With its easy applicability, myriad of pharmacological actions, availability, and minimal costs, tranexamic acid could be an effective alternative. Thus, the importance of undertaking this study.

With a level IV evidence, a prospective cohort study was performed from September 2017 to August 2019 in the department of Obstetrics and Gynaecology, JJM Medical College, Davangere, Karnataka, India. The patients for this study were recruited by convenient sampling technique. A total of 75 women with cervical erosions were taken who satisfied the inclusion and exclusion criteria of the study (Figure 1). Figure 1: Flow of patients in the study.

All symptomatic cases of cervical ectopy with symptoms such as vaginal discharge, postcoital bleeding or/and pelvic pain, patients who do not show any response to the provided course of oral and/or vaginal antibiotics and women with the age group of 18-45 years (reproductive age) were included in the study. Adolescents, pregnant women, and postmenopausal women, women on oral contraceptive pills were excluded from the study.

After getting IEC clearance from the institute and informed written consent from the patients enrolled in our study, they were subjected to thorough history taking (menstrual history, obstetric history, history of usage of oral contraception pills, or IUCD) and examination for confirmation of the diagnosis of cervical ectopy. The randomization by coin-tossing method into two groups either tranexamic acid or povidone-iodine group were done namely group A (Test) included 38 patients treated locally with tranexamic acid and group B (Control) included 37 patients treated locally with povidone-iodine.

The patients were placed in the lithotomy position. Vaginal secretions and cervical mucus were carefully removed with cotton swabs. Erosion site, size, and type were recorded and received treatment depending on the group assigned. Local application of tranexamic acid or povidone-iodine solution for 5 minutes was applied with the patient position kept constant for 15 minutes and daily dosage was given for 10 days (Figures 2 and 3). Follow up-Every week for one month and then every month for 3 months. Evaluation of the therapeutic effect of treatment (defined as an improvement of symptoms and signs as vaginal discharge, contact bleeding and healing of erosion), complications, and side-effects were observed.

Figure 2: Cervical erosion with the application of tranexamic acid. Figure 3: Cervical erosion after the application of povidone-iodine.

A total of 75 patients were diagnosed as chronic cervicitis with erosion and were divided into two groups. Group A received tranexamic acid (n=38) and group B received povidone-iodine (n=37) after receiving local treatment.

All the patients were followed up at the end of 2nd and 4th week and after 3 months for complete healing and possible side effect.

The cure rate at the end of 3 months in the tranexamic acid group was 92% and in the povidone-iodine groupwas 43%.

In the group treated with tranexamic acid, all 7 and 20 patients complaining of chronic pelvic pain and contact bleeding respectively were cured of it at the end of treatment (100% cure). 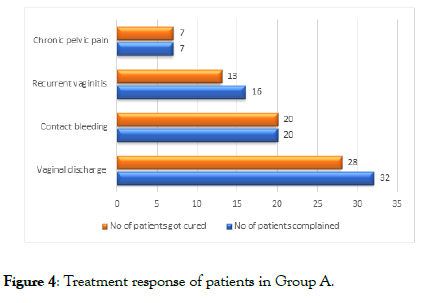 Figure 4: Treatment response of patients in Group A.

In group B, the cure was observed only in terms of vaginal discharge with 12 patients getting cured out of 33 (36.36%) and no response in terms of contact bleeding, recurrent vaginitis, or chronic pelvic pain (Figure 5).

During the natural course of cervical recovery, side effect in the form of vaginal irritation was found only in group B in 17 patients (45.94%). There were no complications observed in group A who received the tranexamic acid application. 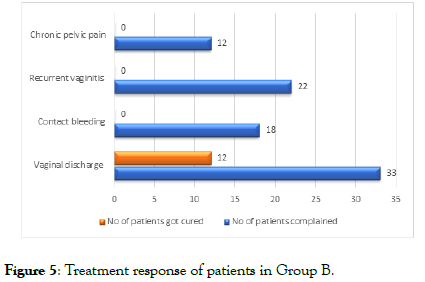 Figure 5: Treatment response of patients in Group B.

It is accepted that cervical ectopy should be treated when there are symptoms attributable to it that are troublesome. More symptoms are attributed to ectopy than are caused by it as shown by Goldacre et al. [2]. This study compared the effect of tranexamic acid with that of povidone-iodine (controls) for the treatment of cervical ectopy.

Tranexamic acid is a trans-stereoisomer of 4-(amino-methyl) cyclohexane-carboxylic acid). Conventionally, it has been used as an antifibrinolytic agent. It is a synthetic derivative of the amino acid lysine and binds the 5 lysine binding sites on plasminogen. This inhibits plasmin formation and displaces plasminogen from the fibrin surface. Thus, inhibiting fibrinolysis. With current advances, its other pharmacologic effects are being studied and newer ways to tap them from being analysed. Its anti-inflammatory effect is by inhibiting plasmin-mediated activation of complement, monocytes, and neutrophils. It improves platelet function, has protective effects on the endothelium, and causes wound healing in certain circumstances such as ischemia and reperfusion injury [10,11]. Whereas, in povidone-iodine the synthetic polymer povidone with no microbicidal activity of its own acts as a carrier for iodine and forms a complex. In an aqueous solution, free iodine is released from the povidone-iodine complex and an equilibrium is established. With iodine being consumed by its antimicrobial action, more free iodine gets released from the povidone-iodine reservoir [12]. Thus, povidone-iodine has a limited spectrum of action with it being mainly concerned with the elimination of infection from the infection-prone, fragile, and easily denudable columnar epithelium seen in cervical ectopy. This was in sharp contrast to the myriad of molecular mechanisms provided by tranexamic acid in the healing of cervical ectopy.

In our study, the mean age in the group treated with tranexamic acid was 32.34 ± 2.57 years and in the povidone-iodine group was 31.69 ± 3.12 years. Majority of the women in both the groups were multiparous, 76.31% in group A and 64.86% in group B. Indeed, this was in accordance to the study done by Goldacre MJ et al. [2] that stated that the prevalence of erosions of any size was significantly lower in women aged 35 and over than in younger women and in nulliparous as compared to multipara. Thus, age and parity exerted effects in opposite directions, with the prevalence of erosion tending to increase with parity in the fertile years but decrease with age.

The cure rate in the tranexamic acid group was 92% and in the povidone-iodine group was 43%. In the group treated with tranexamic acid, a 100% cure was seen in symptoms of chronic pelvic pain and contact bleeding. For the other symptoms such as recurrent vaginitis and vaginal discharge, the cure was seen in 81.25% and 87.5% respectively. In group B, the cure was observed only in terms of vaginal discharge with 12 patients getting cured out of 33 (36.36%) and no response in terms of contact bleeding, recurrent vaginitis, or chronic pelvic pain. Side effect in the form of vaginal irritation was found only in group B in 17 patients (45.94%) whereas, no complications were seen in the group who received the tranexamic acid application. A highly positive correlation between cervical erosion and tranexamic acid and a negative correlation between cervical erosion and povidone-iodine was found in terms of healing rate and side effects.

A similar study, in 2017 done by Anter SS et al. [5] on 60 such patients showed that in the tranexamic acid group cure rate was higher (87%) than in the povidone-iodine group (22%). In the former group, cure rate for vaginal discharge (83%), contact bleeding (100%), recurrent vaginitis (75%) and pelvic pain (100%) was higher than in the latter group (50%, 0%, 0%, 0% respectively). This strengthened the prospective effectiveness of tranexamic acid in the treatment of cervical ectopy.

Thus, tranexamic acid could be a novel technique in the treatment of cervical ectopy. Further studies and research in this direction can make its scientific base even stronger.

Tranexamic acid application is a promising new treatment of cervical erosion in symptomatic women. It combats symptoms and signs of chronic cervicitis in addition to the benefits of healing the cervix erosion with no side effects.

Contribution of the Study to Science

Our study highlights the harmful effects of under-schooling and the precariousness it generates on women's health in a disjointed health environment with modest resources.

Copyright: © 2020 Garg N. This is an open-access article distributed under the terms of the Creative Commons Attribution License, which permits unrestricted use, distribution, and reproduction in any medium, provided the original author and source are credited.