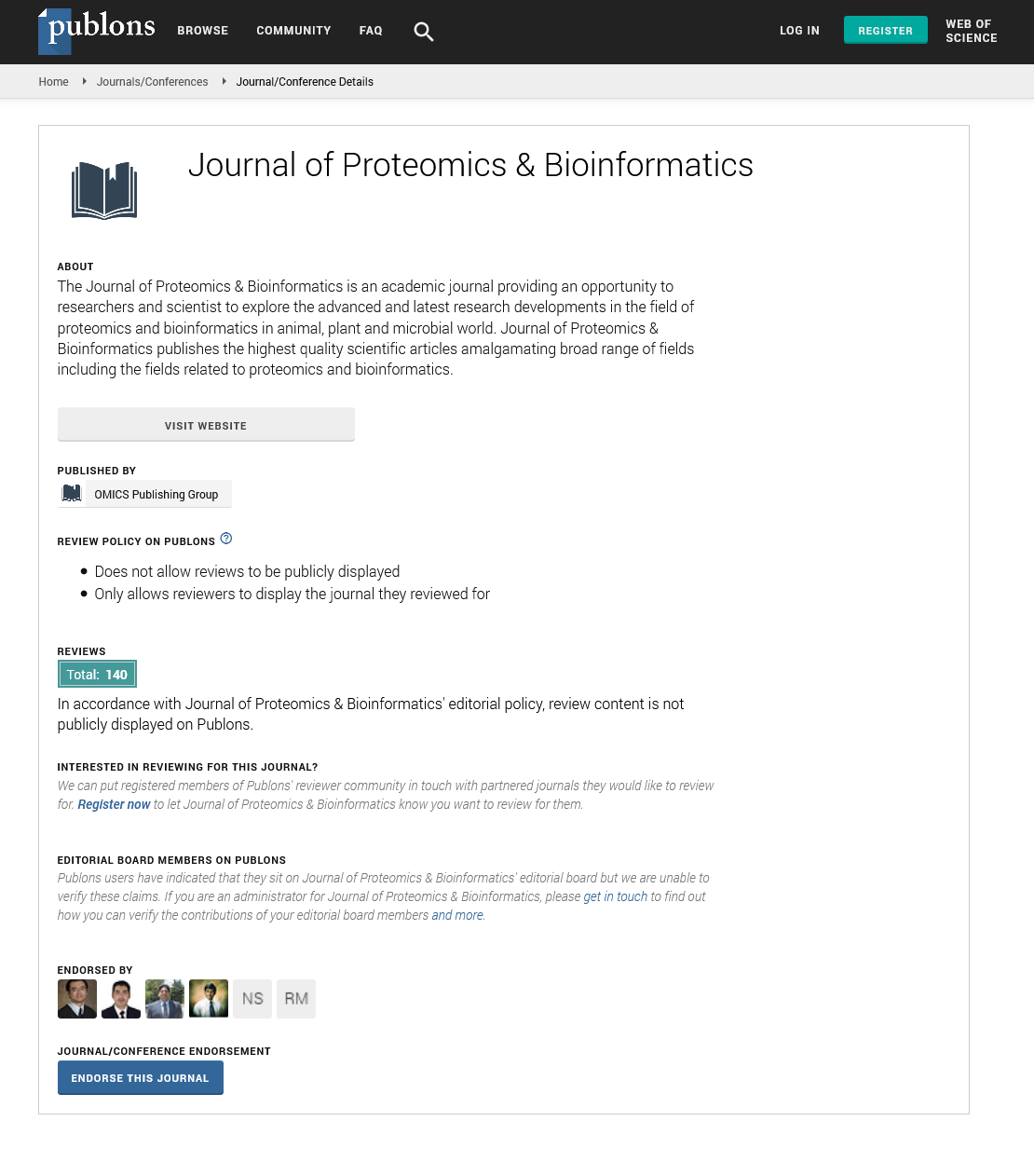 The Human Proteome Organization (HUPO) launched the Human Proteome Project (HPP) in 2010, an international initiative for global collaboration, data sharing, quality assurance, and improvement of the accurate annotation of the genomeencoded proteome. The Human Proteome Project provides structured information about human proteins including approximately 13,000 gene products for which protein information is already known and 7,000 proteins for which there is no evidence of protein yet. A proteome is the entire set of proteins that are or may be expressed at any given time by a genome, cell, tissue, or organism [1]. In simple words, it is defined as the amount of protein identified in a particular cell or organism at a particular time under certain conditions. The four pillars of HPP are Mass Spectrometry (MS), Antibodies (Abs), Knowledge Base (KB) and Pathology (Path). These four pillars form the basis upon which chromosome-based HPPs and biological/disease HPPs are designed. HPP has benefited biology and medicine by sequencing the human genome. According to The Human Proteome Organization (HUPO), HPP Metrics 2020, protein-level expression has been demonstrated for over 90% of the 19773 predicted proteins encoded in the human genome. Each year, HPP reports global progress in reliably identifying and characterizing the complete human protein parts list and advancing proteomics as an integral part of multi-omics research in medicine and life sciences.

In NeXtProt Release 2020-01, nearly 17,000 proteins were classified as PE1, with strong evidence at the protein level more than year ago. HPP 2021 metrics show that protein expression is reliably detected for 92.8% of the predicted proteins encoded in the human genome. Certain research initiatives within HUPO form the Human Proteome Project (HPP). HPP picks up where the Human Genome Project left off, with the ultimate goal of identifying and mapping the proteins encoded by approximately 20,300 protein-coding genes [2,3]. The HPP overall plan was unveiled at the 9th Annual HUPO World Congress in Sydney, Australia on September 23, 2010. On April 14, 2003, the International Human Genome Sequencing Consortium announced the successful completion of the Human Genome Project. The number of different proteins that make up the human proteomeis a central question in proteomics. Researchers suggest the number of different protein types from 10,000 to billions. Over the next decade, genetic testing would routinely predict an individual's susceptibility to disease. One of the goals of the HPP is to identify common genetic variations. Once a catalog of variants has been created, epidemiological studies will reveal how specific variants correlate with disease risk. The genomes and proteomes of patients suffering from specific diseases are studied to understand the genetic basis of disease. The most well-known disease being studied with proteomic approaches is cancer. Once doctors get to know which genes predispose people to certain diseases, they can easily predict which relatives or future generation are more likely to develop that certain diseases and treatment can be prescribed according to those results. In addition, it may find cures for genetic disorders such as cystic fibrosis and sickle cell anemia. There are so many advantages of proteome profiling of individual. Some of the major one includes

• Improved healthcare where personalized medicines are tailored to specific medical needs, so they can be developed based on the way individual bodies respond to disease and more effective treatments.

• Accurate diagnosis of the diseases. Physicians can develop more accurate diagnostic techniques for certain diseases that are difficult to diagnose early.

The Human Proteome Project has identified the complete set of human genes, sequenced them all, and identified some alleles, especially those that, when mutated, can cause disease. Mapping of genes can be done to relate features or relative to other genes. Sequencing of model organisms, development of highthroughput sequencing technology and examination of the ethical and social issues associated with such technology. The number of different proteins that make up the human proteome is a central question in proteomics [4]. Growing knowledge of the structure and function of the human genome is now routinely used in biotechnology and medicine, disease prediction and prevention.

In the future, it may be possible to use DNA found at crime scenes to find out what a suspect looks like. Their eye, hair and skin color. Based on a comparison of nine major annotation portals, the human protein count ranged from 21,819 to 18,891 (as of 2017). HPP 2021 metrics show that protein expression reliably demonstrated that 92.8% of the predicted proteins are encoded in the human genome. Two primary objectives for the HPP are to characterize the function of these proteins and their many different proteome forms and to make proteomics a broader component of multi-omics research in health and disease.

Copyright: © 2022 Corthals GL. This is an open-access article distributed under the terms of the Creative Commons Attribution License, which permits unrestricted use, distribution, and reproduction in any medium, provided the original author and source are credited.