A Preliminary Estimate of the Reserve of the Marble Deposit in Itobe Area, Central Nigeria

A Preliminary Estimate of the Reserve of the Marble Deposit in Itobe Area, Central Nigeria

Marble, a major raw material for industries, is a crystalline, non-foliated metamorphic rock formed from the metamorphism of limestone (a carbonate sedimentary rock formed at the bottom of lakes and seas). The Itobe marble deposit is located about 1 km from Itobe town along the Ajaokuta-Anyigba road, Kogi State, central Nigeria. The study area lies between longitudes 6°40’ E and 6°48’E and latitudes 7°22’N and 7°30’ N (Figure 1). Figure 1: Geological sketch map of Nigeria showing the location of the study area (After Obaje, 2009).

The marble deposit in Itobe is associated with crystalline rocks of the Precambrian Basement Complex. The marble deposit occurs within a host rock of quartz-mica schist and feldspathic quartzite. Two outcrops (designated as mass I and mass II) of the marble deposit have been identified in the study area (Figure 2). Mass I with a surface area of 0.84 m2, trends NE-SW with a strike azimuth of 033°. It is poorly exposed near Alo village, along the Anyigba-Itobe road. It is light grey in color and fine grained in texture. Mass II, which is about 800 meters from mass I on a NE-SW axis, is a much larger deposit, and outcrops on the Ayanka hill as massive boulders. It is medium grained in texture, dark grey in color and has an elevation of 132 m at the bottom and 138 m at the top. It has a sharp contact with the quartzmica schist to the east and the Feld spathic quartzite to the west. Figure 2: Geologic map of the study area showing the two masses of the marble deposit. 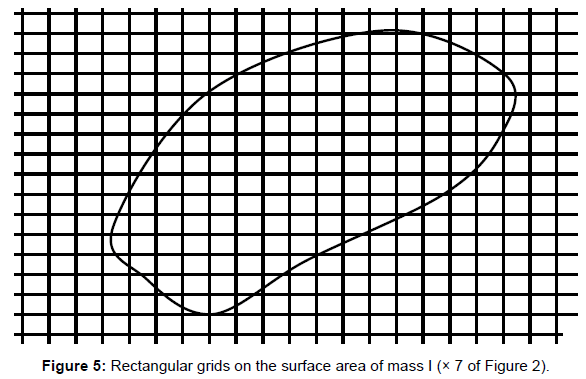 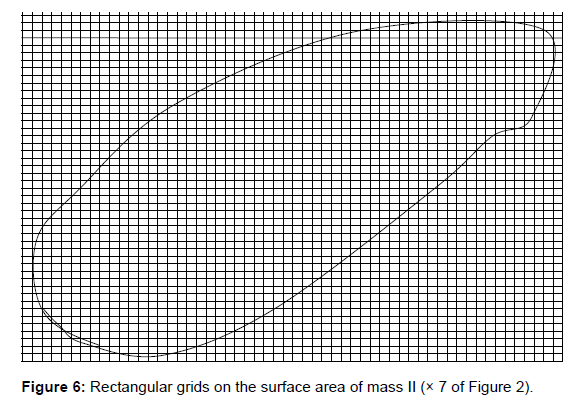 Figure 6: Rectangular grids on the surface area of mass II (× 7 of Figure 2). Figure 7: Correlation of the resistivity profiles across mass I and mass II. 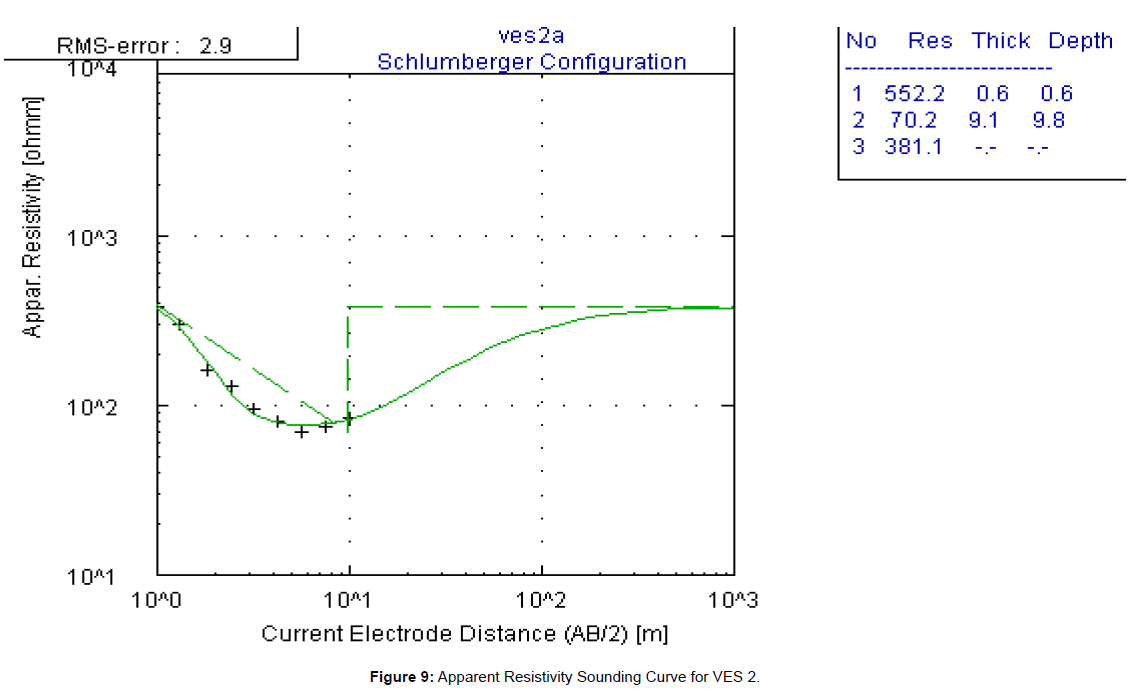 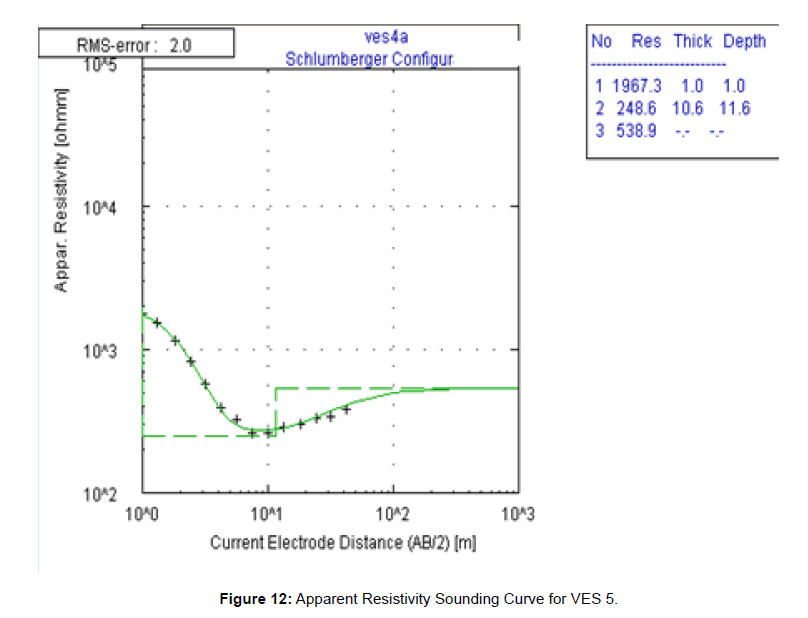 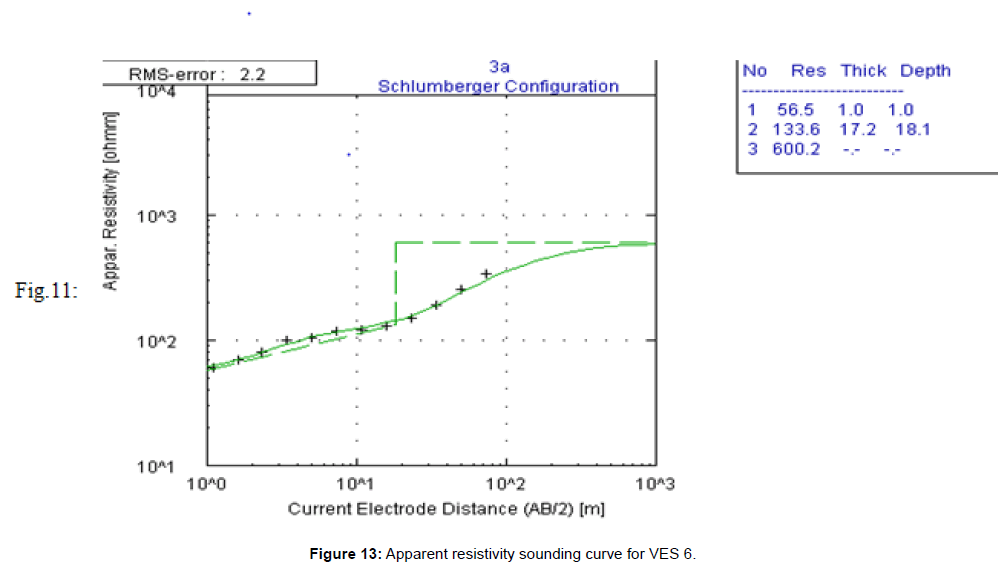 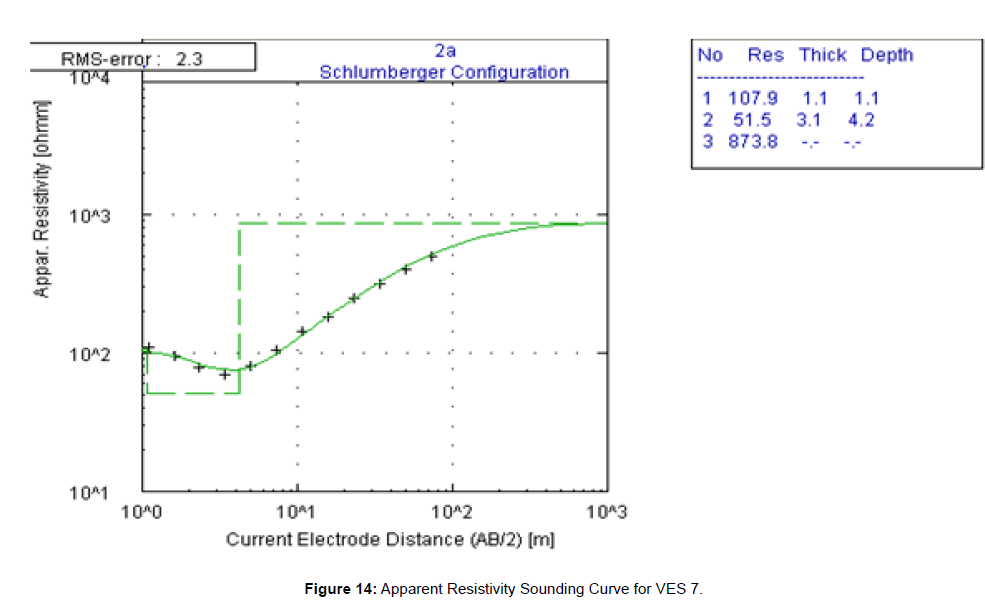 The resistivity value for marble in the study area (obtained from the outcropping marble at VES 2 location), varies from 520 to 555 Ωm, depending on water content and porosity.

The average density value for the two marble outcrops in the study area is presented in Table 4.

Table 4: Density of the marble samples.

(i) Calculation of reserve of marble in mass I:

Area of mass I=Area of triangle + Area of rectangle

(ii) Calculation of reserve of marble in mass II:

Area of mass I=Area of triangle + Area of rectangle

Copyright: © 2015 Onimisi M, et al. This is an open-access article distributed under the terms of the Creative Commons Attribution License, which permits unrestricted use, distribution, and reproduction in any medium, provided the original author and source are credited.
Top