The Aging of HIV: Challenges and Perspectives | Abstract 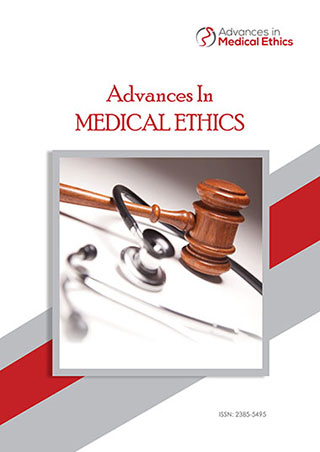 The Aging of HIV: Challenges and Perspectives

Introduction: By the end of 2013, over four million people who are older 50 years were living with HIV infection. It was estimated that by 2015 one-half of the individuals in the United States (US) with HIV was older than 50 years old. The increase observed in the last 20 years of elderly with HIV is largely due to the success of Highly Active Antiretroviral Therapy (HAART). The incidence is also a factor for this epidemiological transition. According to the Center for Disease Control and Prevention (CDC), almost 40% of all newly diagnosed HIV infections were in patients who are 50 years old and above. In the US, the cumulative number of AIDS cases reported to CDC in adults aged 50 years or older increased more than 10-fold from 16,288 in 1990 to over 1,70,000 by the end of 2013. As of 2011, 70% of adults living with HIV and receiving care within the national US Veterans Administration Healthcare System were 50 years of age and above. So, the percentage of older adults living with HIV infection (OALHIV) grew from 17.4% in 2001 to 36.2% in 2010. This change was so unexpected that American Society of Geriatric and the American Academy of HIV had to re-define “elderly” in the context of HIV infection as: all adults of 50 years and older are now considered elderly

Background: The number of older adults living with HIV infection has increased significantly. Several similarities have been found between aging and HIV infection. Patients with HIV can present with premature complications that are often observed in chronological aging, they have been called Geriatric Syndromes (GS). Frailty syndrome, a pathological state of excessive vulnerability in old age, shares with HIV infection the phenomenon of immunodeficiency. This article reviews the epidemiology of HIV in the elderly, and the impact of immunological aging on the development of negative outcomes known as geriatric syndromes in older adults living with HIV. Finally, the objective of this review is to provide a practical positioning based on scientific evidence, given the new challenges and perspectives of HIV infection in old age, proposing as a more appropriate strategy the establishment of a multidisciplinary vision that includes the support of geriatric medicine in the evaluation of the elderly patient with HIV.

Method:- Chronic inflammation in the elderly conditions a state of organic vulnerability that is explained by the so-called geriatrics syndromes, which is defined as a condition that increases the risk of negative outcomes in older adults. Elevated levels of IL-6 in was associated with decreased muscle strength, gait velocity and greater disability for basic (BADL) and instrumental activities of daily living (IADL), compared to non-frailty. In addition, higher levels greater of IL-6 predicted the development of disability. The proteolytic and cytotoxic properties of TNFα and IL-6 generate cachexia and muscle wasting that determines the loss of strength and muscle mass. Frailty is a condition that increases vulnerability to stress and has been associated with a damaged and dysfunctional homeostatic response. Functional complications of aging were identified as a priority area of research in HIV and aging for the first-time following observations of the high prevalence of the frailty syndrome in HIV-infected men in the MACS study (Multicenter AIDS Cohort Study).

Results: One of the pillars on which geriatric medicine rests is undoubtedly the prevention of functional decline and the maintenance of autonomy. As we mentioned the limitations in functionality are powerful predictors of disability and death. What is the proper way to measure frailty in OALHIV? Even at this time when the majority of HIV positive patients with access to treatments undergo prolonged immune reconstitution and suppression of the detectable viral load, there is no consensus on which tool to measure frailty is the most successful. It is likely that-as in geriatrics medicine- the best scale will depend on the clinical context in which it is used, either as a convenient screening tool or as part of a more complete evaluation.