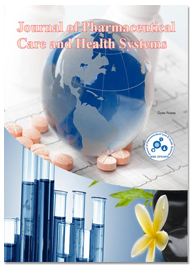 Leishmaniases are a group of diseases caused by protozoan parasites of the genus Leishmania. The bite of infected sand flies, genus Phlebotomus human pathogens, transmits the diseases. This is characterized by a spectrum of clinical manifestations: cutaneous, mucocutaneous, and visceral leishmaniasis. They are distributed worldwide and appear to be far more abundant and a public health problem. The overall prevalence of leishmaniasis is 12 million cases and an approximate occurrence of 0.5 million cases of visceral leishmaniasis (VL) and 1.5 million cases of cutaneous leishmaniasis (CL) is reported[4]. Because of this, the World Health Organization listed leishmaniasis as the thirdmost important vector born disease next to malaria and sleeping sickness. Eastern Africa is one of the world’s main Leishmania endemic areas, and the disease occurs mainly in Eritrea, Ethiopia, Kenya, Somalia, Sudan and Uganda. Leishmaniasis in Ethiopia is mainly due to Leishmania donovani (L. donovani) which cause VL. In few cases, Leishmania tropica and Leishmania major (L. major) can cause CL. The most affected age groups were from 11–20. VL was discovered in Ethiopia in around 1942 and since then it has been recognized as an endemic disease in most lowlands and arid areas of the country, such as Segen, Weyto and Omo valley in the southern part of the rift valley, Ocholo in southwest and Metema, Humera lowland in the northwest. The female phlebotomine sand flies require a blood meal to provide nutrition for the development of eggs except plant material (nectar). To satisfy their need, they bite mammals including human being during the dark time. Almost exclusively, the transmission of leishmaniasis is through the bite of an infected sand fly but congenital and venereal infected sharing needles are reported to transmit the disease.

The number of treatment options has increased in the past decade. Some of the drugs used for the treatment are pentavalent antimonials such as sodium stibogluconate (SSG), amphotericin B, paromomycin (PM), miltefosine (MLT) and meglumine antimoniate (glucantime). But each treatment still has many drawbacks. Mostly they are difficult and lengthy to administer, toxic, expensive, and resistance is a major problem. Due to these, the patients should be treated by admitting in the hospital. Currently due to these problems, researches were carried out to investigate historically claimed plants for their in vitro anti-leishmanial activity against Leishmania parasites.

Aloaceae is a succulent perennial varying from small herbs to large woody trees. The family of Aloaceae, in general, have 7 genera and 650 species mostly resited to Southern Africa with only exceeding into tropical Africa and Arabia. Aloe otallensis (A. otallensis) is one of the Ethiopian endogenous plant forming small clamps. Their leaves are a rosette, erect and slightly recovered. They have grey-green color and they are sometimes very finely spotted. The marginal teeth are 8–14 per 10 cm with reddish brown color.

Plant materials: The exudates of Aloe otallensis were collected in Hammer district of Southern Ethiopia. Authentication and botanical identification were done using standard identification keys by Herbarium Unit, Department of Biology, Addis Ababa University. After that, the exudate of the leaves was taken and dried at room temperature for extraction.

Extraction: Ten grams powdered exudate of the plant was macerated by using 80% methanol for 6 h with a continuous shaking of the mixture using a shaker machine. The existed supernatant solution.

Phytochemical screening was done by using the method mentioned by Evans and Trease on methanolic extract of the exudates of Aloe otallensis leaves. The extract was also evaluated for in vitro antileishmanial activity against L. donavani which is found from the Parasitology Unit of Black Lion Hospital. The result was compared to standard drugs of sodium stibogluconate, milfostin and paramomycin.

From qualitative and preliminary phytochemical screening of flavonoids, alkaloids, tannins, saponins, phenols and anthraquinones, positive results were seen only on phenols, alkaloids and saponins. The extract has a good antileishmanial activity with an IC50 of 0.123 0 μg/mL on L. donovani (AM 563). The experimental data showed that relatively it had better activity than paramomycin and milfostin but less activity than sodium stibogluconate. The data analyses were done by GraphPad Prism version 5 software after it was read by ELISA reader at the wave length of 650 nm. The phytochemical screening of the exudates of A. otallensis showed the presence of phenol, alkaloid and saponin.