Epidemiology and Outcomes of Nasopharyngeal Carcinoma: The Moroccan Experience | Abstract 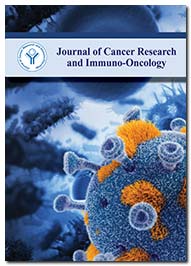 Epidemiology and Outcomes of Nasopharyngeal Carcinoma: The Moroccan Experience

Background: Nasopharyngeal carcinoma is a rare malignancy but with high incidence in some regions including the Mediterranean basin. Radiotherapy is the mainstay of treatment, with chemotherapy used in advanced cases. The aim of the study is to describe the epidemiological, clinical and therapeutical features of this disease in Moroccan population.

Methods: It is a retrospective study of 141 patients with nasopharyngeal carcinoma treated at Hassan II University Hospital, Morocco from January 2010 to December 2016.Collection of data was obtained through computerized records of patients. Statistical analysis was performed by SPSS software version 23 and the overall survival (OS) was calculated from the date of starting primary therapy to death regardless of cause.

Results: 141 patients were reported with a mean age of 49 years old and a sex ratio of 2.4 M/F. Symptoms were cervical lymph nodes (59.57%), epistaxis or nasal obstruction (51.77%) and hearing loss (33.33%). Histological diagnosis was obtained by nasopharyngeal biopsy (89.36%) and the undifferentiated nasopharyngeal carcinoma was the main histological subtype 93.62%.After loco regional and distant imaging, we concluded to 2.13% of stage I, 19.85% of stage II, 41.85% of stage III and 36.17% of stage IV Treatment was based on an exclusive radiotherapy for patients with small tumors (2.13%) while 61.7% of patients with locally advanced stage received radio-chemotherapy, preceded by induction chemotherapy. Disease free survival at 3 years was 80%.