The role of Xylitol in caries prevention 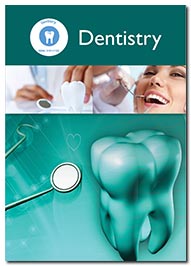 The role of Xylitol in caries prevention

The aim for this study was to focus on xylitol substance which can be considered as a substitute for fluoride substance as it is much safer, and it reduces caries and prevents tooth decay. Xylitol is etymology comes from the Latin words. Xylox which means wood found in corn cobs or birch tree bark, Itol which means alcohol. It is five carbon polyon (C5H205) which is a cross between sugar and alcohol. Xylitol is sugar alcohol naturally found in certain fruits and vegetables that makes an excellent low-calorie sweetener. It is naturally present in fruits, for example: berries, oats and mushrooms. In metabolism of the body naturally produces a small amount xylitol 4-15g/day. In 1970, Muhlemann - First chewing gum developed with aim of reducing caries (in Findland). In 1976, Shienin et al Ă˘Â?Â? conducted first Xylitol studies in humans find the relation between dental Plaque and Xylitol (Turku Sugar Studies) * Xylitol safety for human consumption. In 1987, Trahan et al found that it inhabits enamel demineralization (ie, reduced acid production) and direct inhibit effect Streptococcus mutans (MS). In 1989, Rekola M found the correction between caries incidence and frequency of chewing gum sweetened with sucrose or xylitol (in Finland). There is a positive result if they intake 4 to 10 grams per day. Higher amount did not result in greater reduction in incidence of caries and if they intake less than three times per day, there will be no effect. In 1995, early studies showed the decayed, missing and filled (dmf) incidence in teeth. in a sucrose chewing-gum group was 2.92. Compared to 1.04 in Xylitol gum group, Makinen et al- Sucrose consumption was 0.5. The group that received 100 Percent gum five times/day had significantly lower levels of sucrose and free sialic acid in the whole saliva. Also, xylitol group exhibited the lower levels of salivary Lactobacilli, MS. In 2000, Soderling et al found that taking Xylitol chewing gum (two or three times per day) reported to reduce vertical transmission of dental caries from mother to child until he was two years old. In 2014, Najlaa M. et al compared with fluoride varnish, maternal xylitol consumption and provided preventive outcomes on salivary MS and caries levels in children. After reviewing the above articles, it is concluded that: Xylitol helps to prevent tooth decay; Enhance calcium absorption; Naturally-occurring in human metabolism; Helps in preventing ear and upper respiratory infections; it has low Glycemic (about 10% of glucose); low calories. (40% less that sugar). It is available in many forms e.g. gums, mints, chewable tablets, lozenges, toothpaste and mouth wash. As discussion xylitol substance which is much safer than fluoride substance. It suits all age groups, lessens respiratory infections. More suitable for diabetics and over weighted people.

Magda Saeed Mansour has completed her Bachelor’s Degree in Dentistry at the Cairo University, Egypt. She has finished her Master’s Degree in Dental Public Health at the Dundee University, Scotland in 1993-1995. She was promoted as a Consultant at the Kingdom of Saudi Arabia Saudi Commission for Health Specialties (Professional Accreditation Certificate 04-03-2008. She was a Member of Pediatric Education Committee in 2015. She has published many articles. She was also a Member of American Dental Association since 1999. She works as a Leadership of Dental Health Education Department Community and the Consultant, Pedodontist.
Email:[email protected]