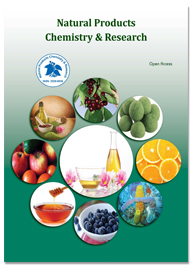 Introduction: Pimpinella anisum, commonly known as Anise has been used in traditional medicines as an anti-asthmatic, anticonvulsant, diuretic, digestive and in gynaecological disorders. Pre-clinical studies have revealed some pharmacological properties like anti-bacterial, fungicidal, anti-convulsant, anti-spasmodic, expectorant & anti-oxidant activity of Pimpinella and its constituents. However, its effect on urine excretion has shown inconsistent results. Objectives: To evaluate the effect of aqueous extract of Pimpinella anisum fruit on urine volume & urinary electrolyte concentration. Methodology: Albino Wistar rats weighing 220 to 250 grams were divided into 6 groups (n=6). The experiment was conducted in 2 parts. The test compound was administered to two test groups for a period of five days in the concentration of 500 mg/kg body weight. The other two groups constituted the control group which received distilled water in dose of 5 ml/kg body weight. The remaining two groups were constituted by the standard group which received vasopressin in dose of 4 IU intra-peritoneally, on the day of experiment. In first part of the experiment, on day 5, uniform saline loading of 25 ml/kg body weight was done in three groups of rats prior to estimation of the different parameters. In second part, uniform water loading of 25 ml/kg body weight was done to the remaining three groups prior to measuring various parameters. Diuresis was induced in all 6 groups of animal by frusemide in the dose of 20 mg/kg body wt. orally, before placing the animals in diuretic cages. Food and water was withheld during the course of experiment for 5 hours. At the end of 5 hours urine volume was measured & collected for electrolyte estimation. Results: Significant reduction in volume of urine was observed in both test groups (saline and water loading) when compared to respective control animals. Concentration of urine electrolytes increased in both test groups in comparison to control, suggesting anti-diuretic activity of the test compound. Conclusion: Aqueous extract of Pimpinella anisum showed significant anti-diuretic effect. However, further studies are warranted with different doses of the extract, duration of the study to determine the conclusive results.

Sabreen Bashir has completed her MBBS from Adichunchanagiri Institute of Medical Sciences, Karnataka. Currently, she is pursuing MD in Pharmacology from JSS Medical College, Mysore. Her research projects include basic research in drug repositioning and she has completed 3 studies on novel treatment of diabetes mellitus. She has 3 publications to her credit and has presented 2 posters in different conferences.