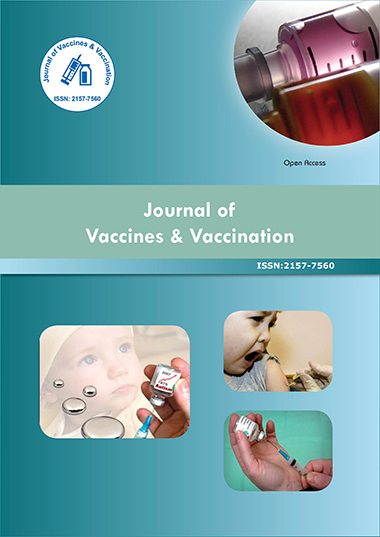 The Burden of Disease from Congenital Rubella Syndrome in Lesotho

Background: Congenital rubella syndrome (CRS) causes severe birth defects and is preventable. In line with the global vision for measles and rubella elimination, Lesotho introduced the measles-rubella (MR) vaccine into the routine immunization schedule in February 2017. The aim of the study was to show the burden of CRS in Lesotho before the introduction of the rubella vaccine. Methods: This was a cross-sectional descriptive study. Data was extracted from several sources at Queen Mamohato Memorial Hospital including inpatient, outpatient, electronic and laboratory records as well as expert interviews. Files of infants less than 12 months with CRS during the period January 2012 to December 2016 were selected. Results: There were five laboratory and 4 clinically confirmed CRS cases. One case also had Cytomegalovirus (CMV) co-infection. Mohales’ Hoek district had the highest number of cases (33.3%). Six of the districts had at least one case of CRS within the study period. There were no cases in 4 districts. Most (56%) of the CRS cases were reported in 2015. We were unable to determine the incidence of CRS in Lesotho in this study. Conclusion: The detection of 9 CRS cases in Lesotho over the period under review is of high public health importance.There is an immunity gap among mothers of child bearing age which shows an opportunity for future immunization. Prospective CRS case-based surveillance would be useful in determining accurate estimates of the burden of CRS and the impact of the introduction of rubella-containing vaccine into the routine immunization schedule.

Congenital rubella syndrome (CRS) presents with severe birth defects and is preventable [1]. The risk of congenital infection and defects is highest in the first trimester of gestation [1]. Defects rarely occur after infection in the 20th week or later of gestation.

Congenital rubella syndrome (CRS) results from maternal infection with rubella virus during early pregnancy resulting in illness in the infant. The world health organization (WHO) has classified CRS according to different definitions [1]. A suspected case of CRS is defined as any infant less than one year of age in whom a health care worker suspects CRS. A clinically confirmed CRS case is defined as an infant in whom a qualified physician detects at least two of the complications listed in group (a) or with one in group (a) and one in group (b). Group (a) comprises of cataract, congenital glaucoma, congenital heart disease, pigmentary retinopathy and hearing loss. Group (b) comprises of purpura, splenomegaly, microcephaly, mental retardation, meningoencephalitis, radiolucent bone disease and jaundice in the first 24 hours of life [1].

A laboratory confirmed case occurs in an infant with clinicallyconfirmed CRS who has a positive blood test for rubella-specific IGM. Where special laboratory resources are available the detection of rubella virus in specimens from the pharynx or urine of an infant with suspected CRS provides laboratory confirmation of CRS. Furthermore, an infant who does not have clinical signs of CRS but who has a positive rubella-specific IgM test is classified as having congenital rubella infection (CRI). CRS is a cause of morbidity and mortality especially in the presence of major birth defects. The defects are highly untreatable hence the need for prevention of rubella infection [1].

Globally 115000 congenital rubella cases were estimated in 2010 with the highest number of cases predicted in Africa and South East Asia [2]. The number of countries that had incorporated rubella containing vaccines into their routine immunization programmes was reported to be 148 in 2016 [2].

In Lesotho there is no literature on rubella and congenital rubella syndrome cases. The current rubella disease burden documentation depends on measles case-based surveillance with only negative measles cases being tested for rubella.

There is currently no CRS case-based surveillance.

Lesotho introduced the measles-rubella (MR) vaccine into the routine immunization schedule in February 2017. This was in line with the global vision for measles and rubella elimination which aims to achieve and maintain a world without measles, rubella and congenital rubella syndrome by the year 2020 [3].

Establishing the burden of CRS in Lesotho will be useful in later evaluating the impact of the vaccine and progress towards elimination and will also aid in guiding the processes of establishing prospective CRS case-based surveillance systems in Lesotho.

The objectives of the study were to highlight the burden of CRS in Lesotho and describe some of the presentations of CRS and its distribution in Lesotho. It was also to make recommendations based on findings.

Lesotho is a Southern – African country that is completely surrounded by South Africa. It has an estimated population of about 2 million people. It is divided into 10 administrative districts. Most of the country (>80%) lies above the altitude of 1,800 meters and the terrain is largely mountainous. The study setting, Queen ‘ Mamohato Memorial Hospital (QMMH) is located in the capital city, Maseru and is the country’s only referral Hospital. This hospital was selected because it is the only place where infants with signs and symptoms of CRS are likely to be properly identified and managed.

The study design was a cross-sectional descriptive study design with a retrospective phase. Data were extracted from several data sources at QMMH including inpatient and outpatient registers, electronic records, laboratory records and expert interviews. These records were reviewed for information and clinical presentations compatible with the diagnosis of CRS. Interviews were conducted with pediatricians, and ophthalmologists at QMMH who were involved in the care of these patients. Any file or document of a child less than 12 months whose symptoms were suggestive of CRS during the period from January 2012 to December 2016 were selected. However, these children had to have been diagnosed of CRS in the first year of life due to the waning serology in testing over years. Poorly documented files with incomplete information were discarded.

The research was approved by the ethics and research committee and authorizations were obtained from the hospital and Family Health Division of the Ministry of Health of Lesotho.

Out of 71 case files that were reviewed, fivelaboratories confirmed (4 by IgM serology and 1 by PCR) and four clinically confirmedcases of CRS were seen. One case also had Cytomegalovirus (CMV) co-infection.

The geographical distribution of the CRS cases by district as well as time distribution of CRS is shown in (Table 1). Mohales’ Hoek district had the highest number of cases of 3 (33.3%). Six of the districts had at least one case of CRS within the study period (Figure 1). There were no cases in Berea, ButhaButhe, Quthing and Qachas’ Neck districts. Most (67%) of the CRS cases were reported in 2015 with the highest occurrence from Mohales’ Hoek and Leribe in the same year. Characteristic of the mothers and infants

Table 2: Characteristics of mothers and infants with congenital rubella syndrome.

The diagnosis of CRS was made in the neonatal period in 5 out of the 9 total cases identified (range 0-10 months) with more cases among females (55.6%) (Table 2).

Clinical characteristics of infants with CRS

The clinical characteristics of infants affected with CRS were shown in Tables 3 and 4. Generally eye and cardiac affectations were prominent accounting for 77% and 66% respectively. Among the laboratory confirmed cases intrauterine growth retardation (IUGR) and cardiac presentations were most common. Congenital heart disease (CHD) was seen in all the cases that had two clinical presentations involving hearing loss and cataract separately. Only one case had triple presentation of CHD, Cataract and hearing loss. However, there were two cases of triple presentation among the clinically confirmed cases (Table 3).

The cases ranged from 0 in 2012 to 6 in 2015 with a total of 9 cases detected from 2012 to 2016. Mohale’sHoek district had the highest number of cases. This could be a pointer to a higher burden of CRS in this district, but this would be too early to ascertain due to the paucity of cases in the study.

The most common clinical manifestations were found to be cardiac and ophthalmologic. This finding was similar to other studies conducted in South Africa, The Philippines and India [4-6]. Common also were some of the minor criteria for CRS including microcephaly and IUGR. The other presentations seen in these children, but in less frequency were thrombocytopenia, splenomegaly and mental retardation. Other manifestations like pigmentary retinopathy and radiolucent bone disease were not seen in this study. This could be due to poor recording or to poor level of awareness because of the absence of CRS surveillance (Table 4).

More than half (56%) of the patients were positive for IgM serology or PCR test. They were all less than five months of age at the time of diagnosis when the serology test would usually be highly sensitive (80 to 100%) [7,8]. Most CRS cases were reported in 2015 which was similar to a study conducted in neighboring South Africa [4]. The mothers of CRS cases were between 18 and 34 years of age with only one of the mothers reporting febrile illness in pregnancy. This could be due to mothers forgetting their illness in early pregnancy and rubella infection can also occur without symptoms.

The incidence of CRS could not be ascertained although nine cases were confirmed within the five-year period of the study. This was because the true denomination could not be determined. This study was retrospective in nature and depended on records that were either not always available or incomplete. The retrieval of case notes was often difficult and there were no records of cases that might have been managed as outpatients and those that might have been managed in the private sector.

The total CRS confirmed cases from 2012 to 2016 were nine with laboratory confirmed cases being five and clinically confirmed cases being four. Mothers of CRS cases had an age range of 18 to 34 years which showed a gap for immunization. The major presentations of CRS included IUGR, CHD, cataract, hearing loss and microcephaly. There is a need for establishment of CRS surveillance and strengthening of the rubella control program.

Copyright: © 2020 Makhupane T. This is an open-access article distributed under the terms of the Creative Commons Attribution License, which permits unrestricted use, distribution, and reproduction in any medium, provided the original author and source are credited.