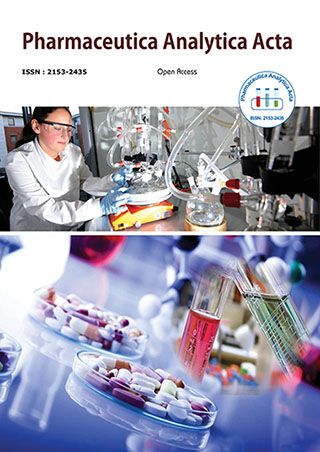 In Vitro Dissolution Study of Metronidazole Tablet in Different Fluids

Method: Our study had focused on the in vitro dissolution study of metronidazole in the presence of different fluids (Gastric medium, simulated gastric fluid without enzyme, ORS solution, rice water, lentil soup, watermelon juice, apple juice, mango juice, pomegranate juice, black and green tea) which has been commonly used in diarrheal condition to obtain quickest and profound dissolution for the metronidazole tablet. Different dissolution medium was prepared from 200 ml of fluids and 700 ml of 0.1 N HCl. pH was adjusted to pH 1.2. One commonly available marketed brand is used for the study. Dissolution study was performed as per mentioned in Indian pharmacopoeia. For the analysis of study, we used Graph Pad prism version 8 and Microsoft excel. ANOVA followed by Tukey's test was performed for the comparison of dissolution in different fluids

Conclusion: Metronidazole tablet plays a vital role in treatment of diarrhea but before it shows its therapeutic effect on body, it must have to dissolve first. So, dissolution is considered as an important parameter to determine the bioavailability of drug as well as its efficacy. Our study concludes that administration of apple juice can be beneficial on other hand lentil soup can decrease the therapeutic effect of metronidazole tablet.

Metronidazole tablet (400 mg) is included in essential medicine list of Nepal. It is an antiprotozoal anti-parasitic agent used in the treatment of amoebiasis, trichomoniasis, giardiasis, and other parasitic diseases. Since 1960 it has been extensively used as systemic trichomonicide and also shown activity against anaerobic microorganisms including bacteria and protozoa [1]. Metronidazole is used as first line treatment for Clostridium difficile infection which is the leading cause of hospital acquired diarrhoea in developed countries [2]. It is the drug of choice for the treatment of various parasitic infections, Anaerobic infections, Pseudomembranous colitis, Helicobacter pylori and Crohn’s disease [3]. Metronidazole is a prodrug. Unionized metronidazole is selective for anaerobic bacteria due to their ability to intracellularly reduce metronidazole to its active form. This reduced metronidazole then covalently binds to DNA, disrupt its helical structure, inhibiting bacterial nucleic acid synthesis and resulting in bacterial cell death. It is metabolized in liver through oxidation and conjugation process with glucuronic acid. It has 7-8 hours of half-lifeand eliminates through urine [4]. Metronidazole if used during pregnancy may results in high risk of congenital malformations [5]. It shows disulfiram like reactions when administered with alcohol [3].

Metronidazole occurs as pale yellow crystals that is slightly soluble in water and alcohol [6]. According to Indian pharmacopoeia, assay of metronidazole is done by non-aqueous titration method using Perchloric acid as titrant and malachite green as indicator. Methods such as UV spectroscopy and polarography have been reported for the determination of metronidazole tablet [7]. There is need to develop dissolution study that better predict invivo absorption of drug products. This could be achieved if the gastrointestinal tract were successfully reconstructed in vitro [8]. The drug food interaction may affect health status due to altered pharmacokinetics and pharmacodynamics of the drug by increasing drugs bioavailability with the risks of adverse effects and toxicity or decreasing its bioavailability, leading to therapeutic failure [9].

Tablet Dissolution is a standardized method for measuring the rate of drug release from a dosage form. Actually in vitro dissolution of the drug from the tablet matrix relies on many factors, which includes physiochemical properties, nature of formulation and process manufacturing of drugs. Several studies shows that the percentage drug release varies when in vitro studies has been conducted in presence of different juices [3,10,11]. Diarrhea is one of the most common disease in Nepal. During diarrheal condition many fluids has been recommended for replenish of fluid loss and electrolytes and restoring the energy in body. This study deals with the determination of in vitro dissolution release of most commonly available metronidazole tablet considering with different fluids during administration.

Reference standard of Metronidazole has been supplied from Lomus Pharmaceuticals Pvt. Ltd. Nepal. All reagents were analytical grade for dissolution studies.

One commercially available metronidazole film coated tablet was purposively selected from pharmacy located in Kathmandu, Nepal. The sample was within the expiry date. The labeled active ingredients contents of metronidazole were 400 mg and packed in blister packing. The metronidazole tablet was claimed Indian Pharmacopoeia standard. Those samples were properly stored within room temperature before the experiment.

Preparation of dissolution medium: The pH of all medium were adjusted to 1.2.

Preparation of simulated gastric fluid without enzyme: 2 gm of NaCl was weighed and dissolved in water then 7 ml concentrated HCl was added andthe volume was made 1000 ml with distilled water.

Preparation of oral rehydration salt solution: ORS was randomly purchased from pharmacy and ORS solution was prepared in 1000 ml of water.200 ml of above solution was taken and the volume was made 900 ml with 0.1 N HCl.

Preparation of rice water: 125 ml (1/2 cup) of rice was taken and rinsedthen 2 liter of water was added and the rice was brought to boil on medium heat for five to 10 minutes. The rice wasn’t fully cooked. The rice from the water was separated and cooled. Then 200 ml of previously prepared rice water was diluted to 900 ml with 0.1 N HCl.

Preparation of lentil soup: The Vigna radiate (Mung bean) soup was purchased from hospital canteen. 200 ml of lentil soup and 700 ml of 0.1 N HCl was mixed well before placing in dissolution basket.

Preparation of juices (apple, mango and pomegranate): The marketed juices were purchased. Each of 200 ml of juices were taken separately and 700 ml of 0.1 N HCl was added in each vessel. The solution was then mixed well and apparatus were assembled. Preparation of tea (black and green): 300 ml water was brought to boil. 2 tea bags were putseparately in a beaker. 200 ml of boiled water was poured into the beaker and infusion was allowed for 2-3 min, after 2-3 min, tea bag were dipped in the beaker for 8-10 times. After preparation of tea 200 ml of each tea solution was taken and 700 ml of 0.1 N HCl solution was mixed well before placing in dissolution basket [11].

Procedure: Determined the amount of metronidazole dissolved from UV absorbance at wavelength of maximum absorbance at 277 nm of filter portions of solution under test, suitability diluted with 0.1 N HCl, in comparison with a standard solution having a known concentration of IP Metronidazole RS in the same medium.

Tolerance: Not less than 85% of the labeled amount of metronidazole.

Standard curve preparation: 50 mg of reference metronidazole is dissolved in 0.1 N HCl to make volume 100 ml. From above solution 1, 2, 3, 4, 5 ml is taken respectively and make 100 ml with 0.1 N HCl of each. All gradual concentrations of solution were conducted for plotting standard curve at 277 nm. The corresponding regression data, indicated reasonable linear relationship R2 = 0.9981. The calibration curve was shown in Figure 1. 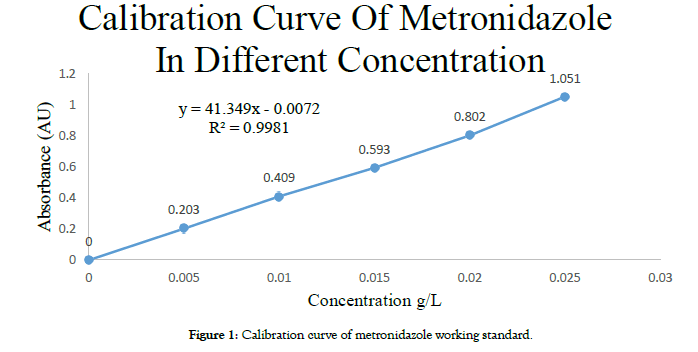 Hardness: Hardness influences many tablet properties including disintegration, dissolution, and friability. The average value of hardness was found to be 5.75 (Kg/mm2) which compiled the IP specification which was shown in Table 1.

Friability: Friability test is used to determine physical strength of compressed and uncoated tablets upon exposure to mechanical shock and attrition. The friability of tablet was found to be 0.021% which is within the IP specifications and shown in Table 1.

Assay%: Assay is a measure of drug activity expressed in terms of the amount of API (in %) require to produce and effect of given intensity. The assay% of the metronidazole tablet within the range of % of labeled amount of drug and compiled according to IP which was shown in Table 1 average assay of tablet was 101.37%. 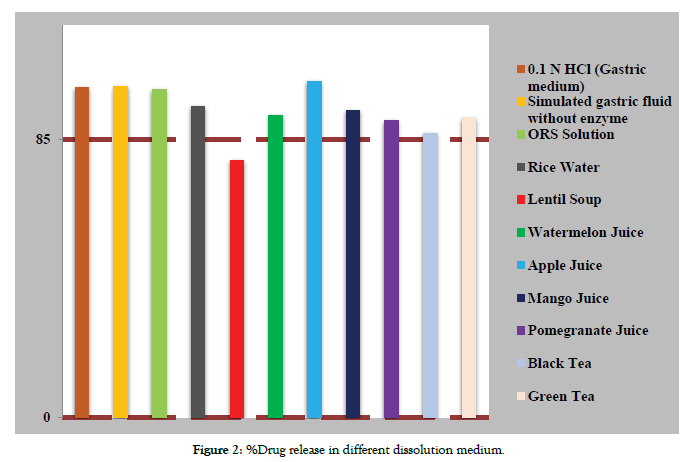 Table 4: Result of Tukey's multiple comparison test. Result is presented only comparison between 0.1 N HCl and other mediums.

The present study was performed with a purpose to evaluate dissolution pattern of metronidazole tablet in the presence of different fluids. The drug food interaction can decrease the absorption of drug. Thus, undertaken dissolution testing in dissolution apparatus need to be able to deliver precise and consistent results. The metronidazole tablet which was marketed in Nepal showed higher %drug release in apple juice. In the presence of lentil soup, there was significant decrease in %drug release of metronidazole which doesn’t complies with Indian Pharmacopoeia specification butthe other remaining fluids complied with the IP specification. Conclusively, our study suggests that metronidazole tablet should not be administered with lentil soup.

The data described in this article are new data obtained from this research. The data used to support the findings of this study are included within the article.

The authors declare that they have no conflict of interest to disclose.

This research received no any funding from any agency, commercial and non-profit sectors. It was a research from department of pharmacy, Manmohan Memorial Institute of Health Sciences, Tribhuvan University, Nepal.

Authors would like to thanks Department of pharmacy, Manmohan Memorial Institute of Health sciences, Nepal and also place on record, our sense of gratitude to one and all who, directly or indirectly, have helpedus to complete this research.

Copyright: © 2020 Baniya D, et al. This is an open access article distributed under the terms of the Creative Commons Attribution License, which permits unrestricted use, distribution and reproduction in any medium, provided the original work is properly cited.