Significant Dietary Changes during Human Evolution and the Development of Cancer: From Cells in Trouble to Cells Causing Trouble | Abstract 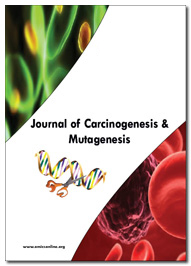 Significant Dietary Changes during Human Evolution and the Development of Cancer: From Cells in Trouble to Cells Causing Trouble

In all western societies, mortality rates from cancer are high and even increasing. In striking contrast, cancer rates are very rare and even non-existent in primitive cultures, like hunter-gatherer (HG) populations. HGs are free of disease as long as they adhere to their traditional low-insulinemic “Paleolithic” nutrition. With acculturation and transition to current high-carbohydrate/high-insulinemic “Western” diets (HCHIDs), cancer develops in high rates. This paper follows the question of how significant nutritional changes, brought about by the Agricultural revolution, may cause development of cancer. The evidence presented shows that the switch from a Paleolithic to a Western nutrition has brought about significant metabolic perturbations, like an abnormally increased activation of the insulin-like growth factor system, the sympathetic nervous system and the renin-angiotensin-system, an increased expression of HIF-1α and other more, all of which are deeply involved in cancer development through promotion of proliferation, angiogenesis, inflammation, macrophage infiltration, metastasis and inhibition of apoptosis.

In addition, HCHIDs generate oxidative stress which may cause mitochondrial damage and genomic instability, and may interfere with normal stem cell development. Faulty redox signaling is suggested to play a significant role in cancer development: hydrogen peroxide, generated at low concentrations, represents an important chemical mediator in the regulation of various cellular signal transduction processes, including stem cell development. Oxidative stress may be sensed by cells as redox signaling. Faulty "redox signaling" is proposed to affect normal stem cell development by sustained activation of uncoupling protein 2, leading to inhibition of differentiation ("maturation arrest"), sustained uncontrolled proliferation, and glycolysis with high expression of hexokinase II, typical features of cancer. In summary, an abnormal diet-related activation of various metabolic systems, together with faulty redox signaling, is suggested to play a pivotal role in cancer development.