Prevalence of Malnutrition Among Elderly. A Community Based Cross Sectional Study From Ernakulam Kerala | Abstract 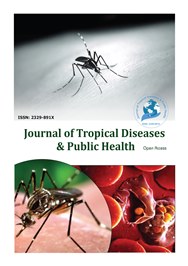 Prevalence of Malnutrition Among Elderly. A Community Based Cross Sectional Study From Ernakulam Kerala

Materials and Methodology: A community-based cross-sectional study conducted within a radius of 10 Kms from Amrita Institute of Medical Sciences, Kochi. From August 2016 to August 2018 (2 years). A sample size of 1000 was taken using the Cluster sampling Technique. MNA (Mini Nutritional Assessment Scale) was used as a study tool. Demographic details, functional characteristics, and other risk factors were taken in detail using a semi-structured questionnaire using IBM SPSS version 20.0 software. Categorical variables are expressed using frequency and percentage. Continuous variables are presented by the mean and standard deviation.

Results: This community-based cross-sectional study from Ernakulam, which included 1000 elderly population. Most of the participants 75.4% were in the age group between 65-74 years majority being females 59.1%. Most of the participants had educational status less than 12th standard. The prevalence of malnutrition reported during the period of 2 years (2016-2018) was 17.3% with 36.8% of the population at risk of malnutrition. The independent risk factors for malnutrition included age, female gender, widowed participants, low socioeconomic status, low education, multiple comorbidities, more than 2 drug use. Participants dependent on IADL and ADL and those using a walking aid had higher rates of malnutrition. Lifestyle characteristics like smoking and alcohol were associated with the risk of malnutrition.

Conclusion: The overall prevalence of malnutrition in my study was 17.3 %and 36.8 % were at risk of malnutrition. Approaches to improve nutritional status should focus on those who are older, female gender, low educational and socioeconomic status, those elderly with multiple comorbidities and medication use, and those who are functionally dependent. Better strategies are of utmost priority to improve the nutritional status of the elderly population.